Marrieds at the Movies: What Makes 'We're the Millers' a Great Date Night Movie?

Synopsis: A ragtag team of misfits including a pot dealer (Jason Sudeikis), a stripper (Jennifer Aniston), a teenage virgin (Will Poulter), and a homeless teenager (Emma Roberts) band together as a fake family -- the Millers -- to smuggle drugs across the Mexican border with hopes of landing a big payday. With Luis Guzman. 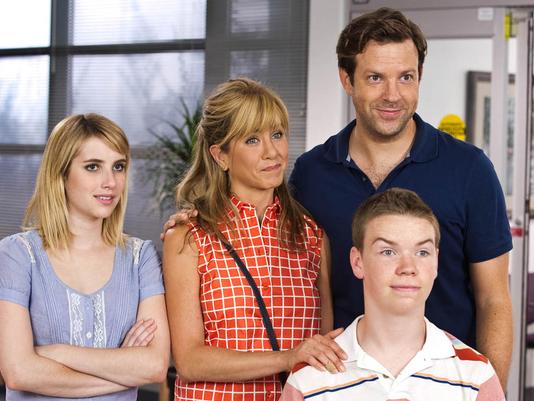 Joe: This was a great date movie. The movie is funny and sweet without being cloying. It’s just a good time.

Sarah: Agreed. The world is finally treated to a watchable Jennifer Aniston movie. For years, she seemed like the perfect choice for a good date movie and consistently let us down.

Joe: You must have forgotten Picture Perfect.

Sarah: No. I remember.

Critics are calling this a sanitized sitcom. Any truth to it?

Joe: Of course. Sudeikis doesn’t look like a drug dealer, more like a trust fund kid taking the summer off before joining his father’s firm. And Aniston doesn’t look like anything other than a mom. But it has to be that way. The film wouldn’t work with Juliette Lewis and Vincent Gallo in the lead roles. I can forgive the sitcom antics because the jokes are actually funny.

Sarah: Absolutely it’s sanitized. It stars a pot dealer who doesn’t smoke pot, a grumpy stripper who doesn’t take everything off, a runaway who has clean hair and an iPhone, and a neglected teenager with a solid moral compass.

Joe: Yeah, everyone has a 1950s sensibility. The stripper doesn’t understand why she’s at the strip club.

Sarah: She acts like she was once teaching modern dance and now she’s stuck in this sleazy strip club that’s beneath her. At one point she talks about having to punch guys at the club for getting “handsy.” I’m pretty sure getting “handsy” is why they’re there. 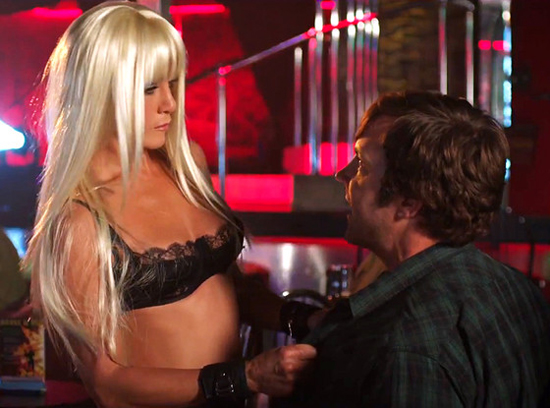 What did you love?

Joe: I enjoyed the scene where Kenny learns to kiss. The template for this type of movie dictates that the wrong person has to witness the kiss at exactly the wrong time, but this is such a sweet family bonding moment that when the wrong person witnesses it, the audience is kind of annoyed at her for seeing it.

Sarah: And it works as a sweet family bonding moment because the kiss isn’t filthy.

Joe: Right. In a lesser movie, it would play as a separate gross-out scene.

Sarah: I liked the chemistry of the Miller family together. At baseline, they were entertaining even when just driving in an RV so I was less focused on and potentially less critical about plot. 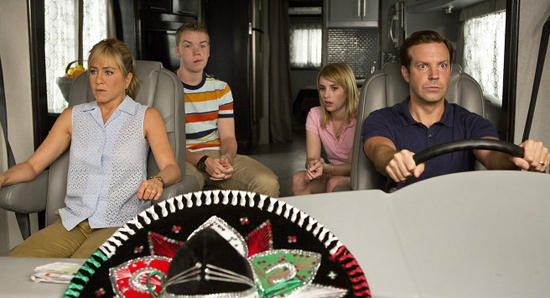 Joe: Emma Roberts’ character is supposedly homeless by choice, which means she probably has worried parents somewhere in Connecticut wondering where she is. In that regard, the movie’s ending is sort of terrifying.

Joe: I’m glad you want to be the pot dealer and not the stripper.

Sarah: This movie did for drug smuggling what Pretty Woman did for prostitution.

Joe: After watching the closing scenes, I’m curious what a prudish 45-year-old stripper’s second career could be.

Sarah: I think they’re mostly dead before then so this is uncharted territory.