Are you ready to start seeing Kim Kardashian on the big screen? Wait, don’t answer that. The reality star, who reportedly made a killing last year (somewhere around $65 million) for just being her, is interested in making a move to feature films now that she’s successfully left her footprint in all other areas of popular culture. 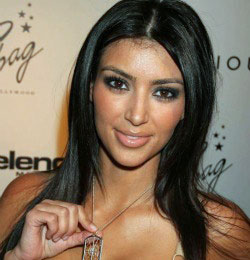 According to TMZ, Kardashian recently met with producers behind the new John Gotti biopic that’s being planned. John Travolta is already lined up to play the iconic New York mafia boss, while Kardashian – if she signs on – would be playing Gotti’s daughter-in-law, Kim. Now it makes sense!
Kim Gotti was married to John Gotti’s son, John Gotti Jr., and while she’s technically Armenian, the Kardashian sister surrounds herself with enough bling that she can easily pass herself off as an Italian mobster’s wife. No word on how big the role would be, or who gets to play her husband (producers want James Franco, but I don’t see that happening), so in the meantime we’ll leave it to you to decide: Should Kim Kardashian make the move to the big screen, or remain on the small screen?
Like it? Share it:

Remakes of ‘The Bodyguard,’ ‘Soapdish’ and More on the Way

Remakes of ‘The Bodyguard,’ ‘Soapdish’ and More on the Way