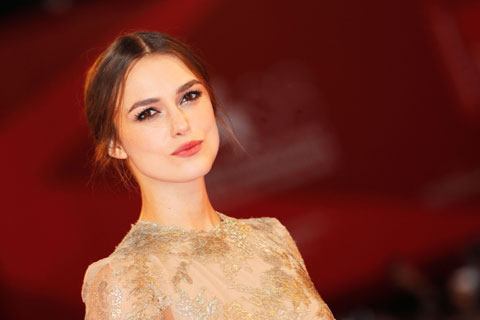 Director Joe Wright has locked in his cast for his epic adaptation of the Leo Tolstoy classic Anna Karenina.

Wright will reunite with Keira Knightley who will play the titular role of Anna, a beautiful aristocratic married woman from St. Petersburg whose pursuit of love leads to an adulterous affair which makes her a social exile.
Jude Law will play Knightley’s husband, Alexei, a high-ranking government minister and one of the most important men in St. Petersburg. Aaron Johnson will play count Vronsky, a wealthy, dashing military officer whose love for Anna prompts her to desert her husband and son.
Wright and Knightley collaborated in the past on an adaptation of Jane Austen’s Pride & Prejudice, which earned Knightley her first career Oscar nomination. The duo re-teamed in 2007 for an adaptation of the Ian McEwan novel Atonement, which earned seven Oscar nominations including Best Picture.
This will hardly be the first time the Tolstoy novel has received the big screen treatment. There have been at least a dozen version of the story made, the earliest dating back to 1910. Greta Garbo starred in one version back in 1935, which won the Venice Film Festival’s Mussolini Cup for Best Foreign Film. In contrast, a 1997 version starring Sophie Marceau and Sean Bean that cost $35 million barely made $800,000.
Considering the previous success Wright and Knightley have had working together, are you excited for this latest re-telling? Might this be one of the front runners for the 2013 Oscars?
Like it? Share it: