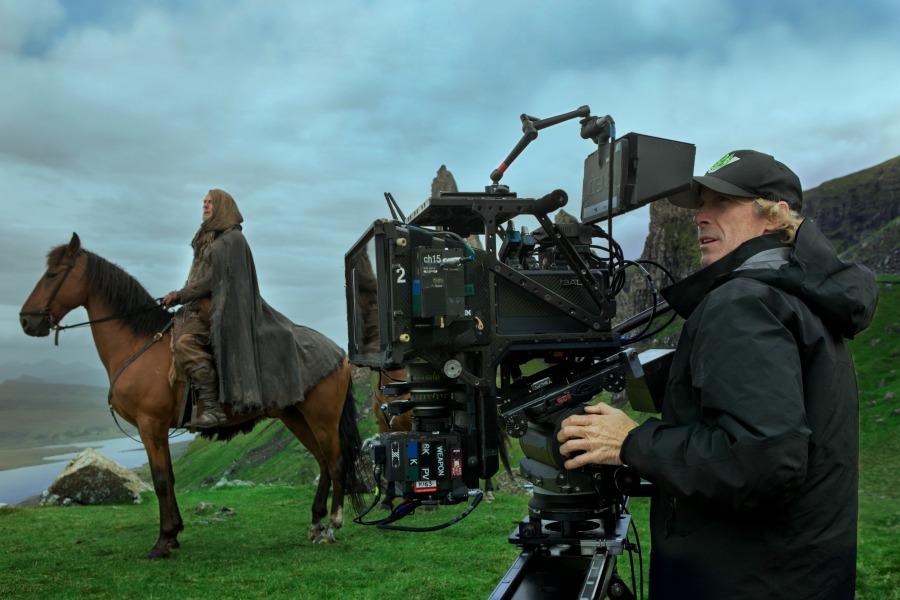 Interview: Michael Bay on "Bayhem," an R-rated 'Transformers' Movie and Time-Traveling in 'The Last Knight' 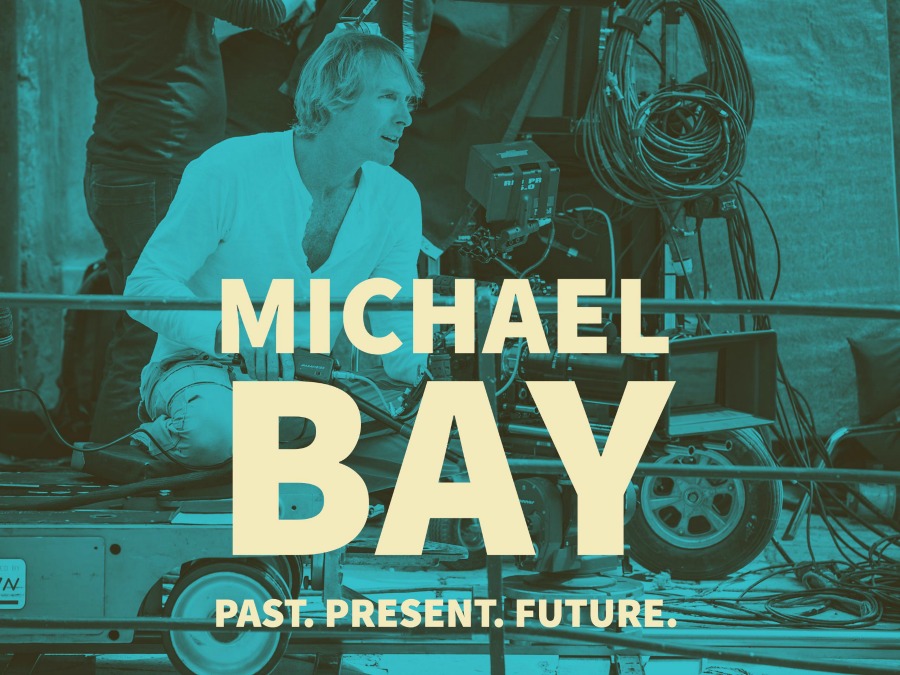 Note: This is the second part in a three-part interview series with Michael Bay. Check out the first part below:

Part One: The Future

Michael Bay on 'Bad Boys 3' and what comes after Transformers: The Last Knight

Continue on for part two... 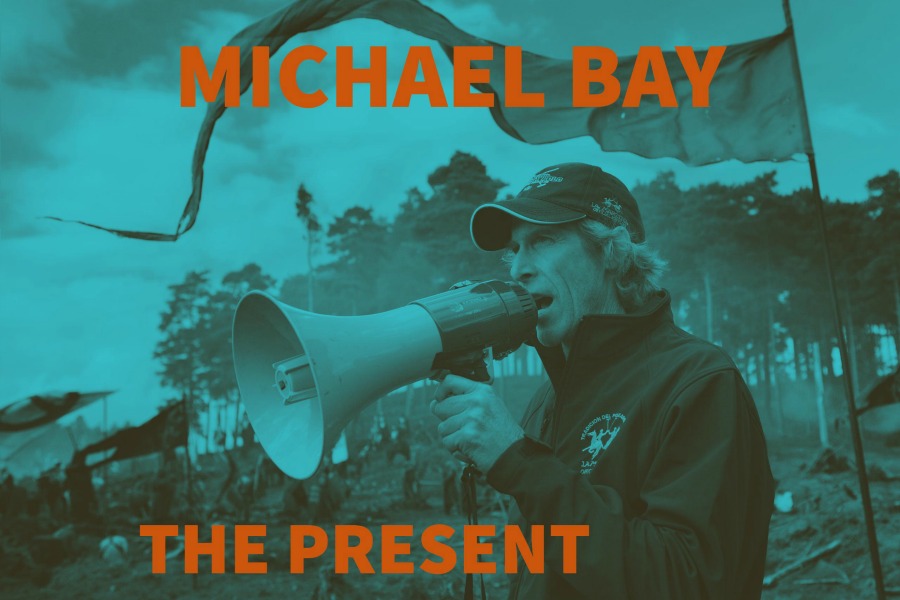 Michael Bay had just finished 36 hours of straight mixing on Transformers: The Last Knight, having completed the film only two days prior to speaking exclusively to Fandango. You wouldn't even know it, either. He was awake, present, thoughtful and reflective, except when we asked what he'd be taking away from his 10 years working on five different Transformers movies.

"I'm not in the reflecting stage yet because I'm still recovering from sleep after staying up for 36 hours trying to final the mix," he said. "Do you know how hard that is? To mix for 36 straight hours?"

Bay went on to explain how there are so many different versions of Transformers: The Last Knight set to debut around the world, and so the final mix is a lengthy one. "Oh my God," Bay exclaimed while describing the process. "And what they do ... In a mix, they play it full blast. You have to play it at full level and it's just ... boy, it is hard on your ears."

As Michael Bay gets set to unleash his final Transformers movie as a director on June 21, we spoke to him about what separated this one from the others, and what it is about this series that keeps him coming back for more. We also asked Bay to reflect on the slang term "Bayhem," and we learned why one action sequence in The Last Knight was one of the most challenging of his entire career.

Bay on what brought him back for Transformers: The Last Knight

This is my last of the franchise, so I guess it's a final chapter in that regard. But the reason I wanted to do a number five ... because we had a writer's room that I kind of asked for about two years ago. We got 12 great writers together and they kind of created a viable way the universe could go. Spielberg and I liked a couple of stories. We merged them together and that's what created number five

Bay on what makes Transformers: The Last Knight stand out from the other parts of the series

This one's much more about mythology and in terms of story line, it's kind of the deeper of all five of them. This movie is much more of an adventure. There are two very strong female heroes in this movie that I like very much and it's kind of got a different bent on it than we've normally done on other Transformers movies.

If you watch it closely, there are a lot of ways that this movie can go from here. So it's basically like a launching board for wherever the series will continue.

Listen, wars start in the world and it's always about protecting one's home and that's all I'll really say. But that's how wars have always started and that's what's gone through history and maybe even pertains to aliens, as well. 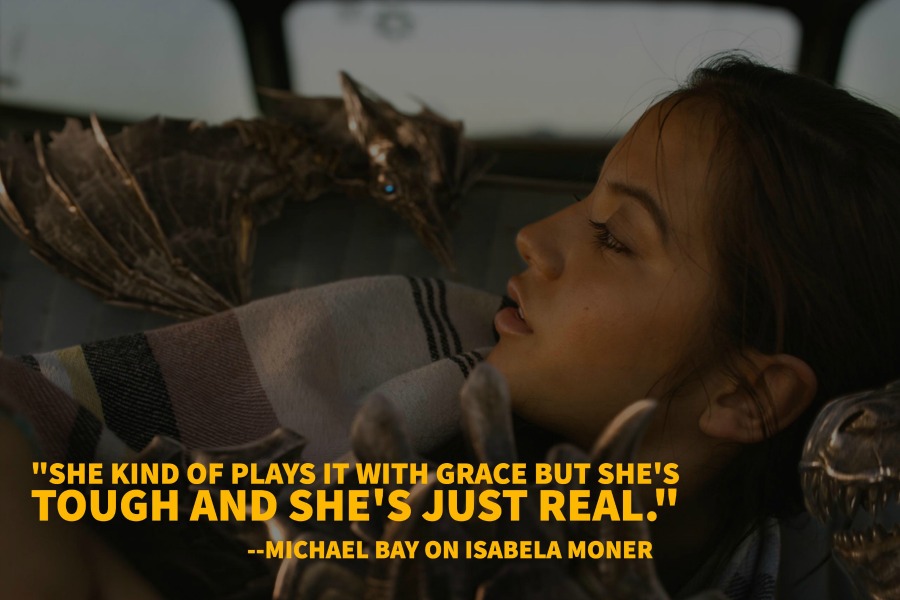 I wanted to cast a real 14 year old, not a 16 year old playing a 14 year old. I wanted a real 14 year old. And we've looked across from Australia to England to find a young 14 year old and I was about to make a decision. And then literally the last day before I was gonna make a decision, I get a self-tape sent to my casting agent. And Denise calls me ... She goes, "I think we have our girl." And I saw the tape and we brought her in and literally she's had one acting lesson, but she's like the real deal. She's very soulful on film. She has very natural ability. She kind of plays it with grace but she's tough and she's just real. It just really comes across, so she's a great addition to the cast.

I've never done a Knight battle and I've done a lot of action in my life. First of all, it was a very, very, very hard day for me because my dog Bonecrusher passed away the night before. And it was just heartbreaking to try to show up to the set with literally 900 people on the set. And you just had to buckle down and I had literally 70 horses. I had 400 people dressed in full battle gear. It was massive shoot for three gigantic days, but quite fun. And they've really got this stuff down in England and ours was a very, very violent, very stunt-filled three days. But very, very well-organized. 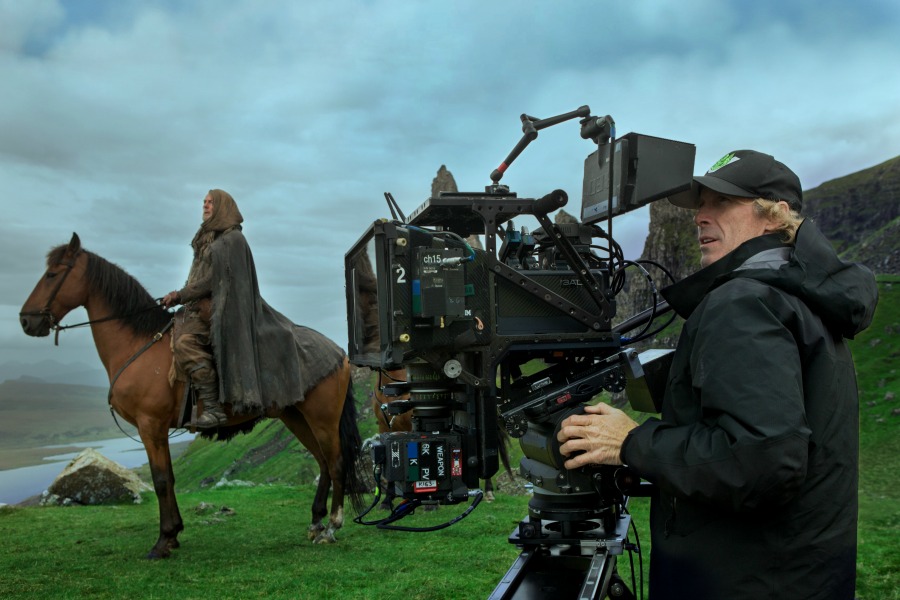 I think the key is just keep giving into the imaginations of the audience and keep these characters alive. In China, this is such a big franchise. It's just mind-boggling how much Optimus Prime means in China and how much he's revered there. I just like exploring all different facets of it and I would ... If I could do this ever again, I would do something with way less characters and really get into the depth of the characters. Because these movies that I've done, there are so many characters that you have to deal with, from the human to the Autobot/Decepticon side, that leaves you little time to get into true depth. 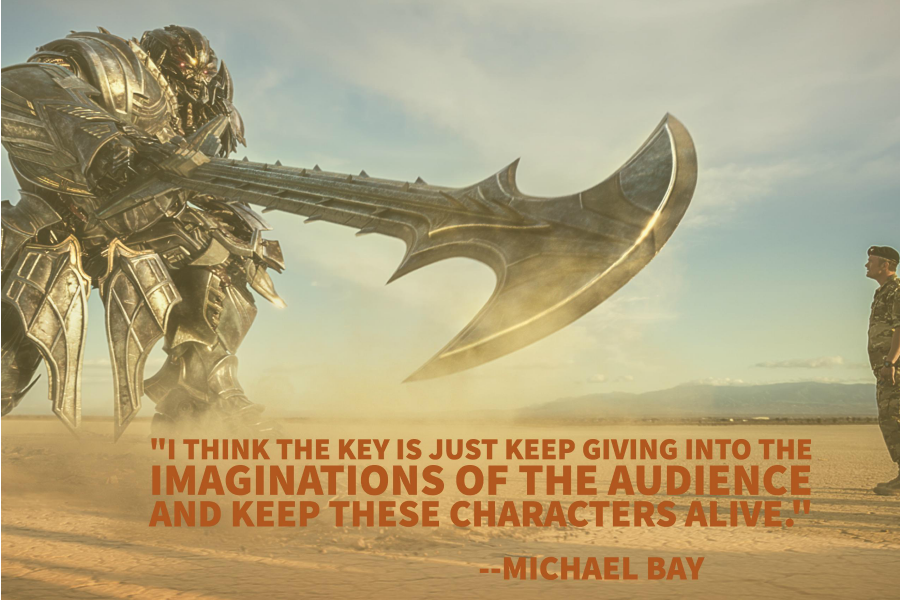 At ILM, we're always breaking the bank there in terms of just computing power and whatnot because we do some very, very complicated effects. It's always fun to see that one of the great visual effects houses in the world. They sometimes bang their heads against a wall with how complicated some of these shots are.

RED Camera named it "BAYHEM" They created the lightest, most advanced hand held motion picture camera in the world. I put it through the paces on Transformers in UK.#Tranformers #redcamera

It's something that I remember a crew member way back when saying on a set. And then they have these kind of kitschy film books that you can pick up at the book store at the front desk, and I saw it in a film dictionary of new film slang. Then I read it was in there and then I read it in another book, and I just heard this around.

Now in China, there's another [nickname]. It's called BomBay. That's another one. And when RED made this camera for me, they were designing this state-of-the-art, beautiful little camera that I kind of helped work on what I would like in terms of this type of camera. And they wanted to name it Bayhem. So whatever. It's not like I go around naming my stuff. It's funny. It's fine. This business is fun and you gotta have fun doing it, and that's the way it goes. 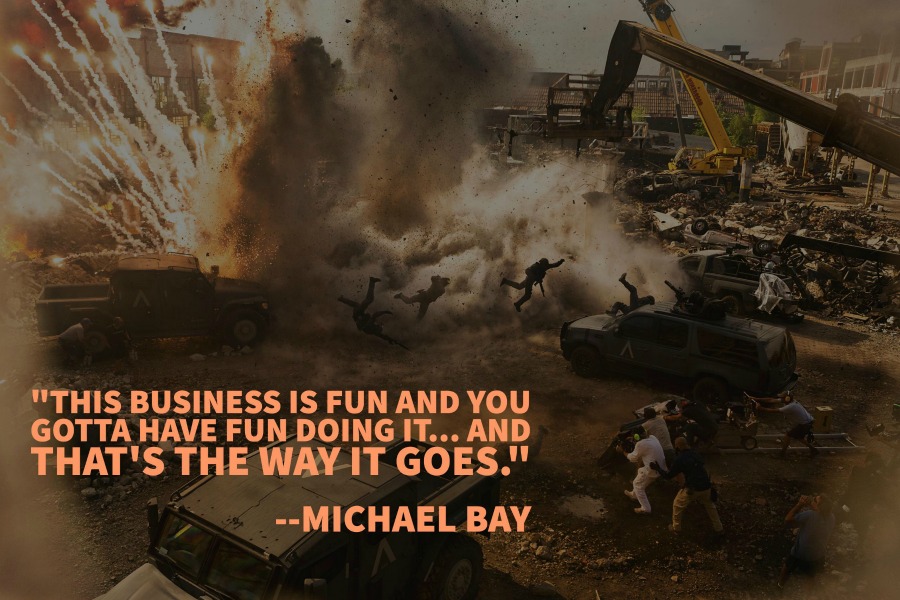 Check out part three of this interview at the link below:

Part Three: The Past

Michael Bay on How ‘Bad Boys,’ ‘The Rock’ and ‘Armageddon’ Helped Shape Him as a Filmmaker