Here's Who Will Be Directing the 'Fifty Shades of Grey' Movie... 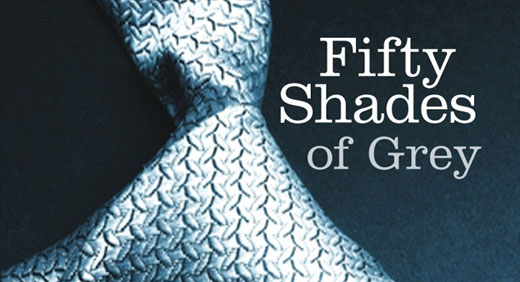 Ever since Fifty Shades of Grey became a "thing" and Universal and Focus Features made it one of their priorities, there have been rampant rumors as to who would be cast as leads Christian and Anastasia and who would be directing the project.

The film adaptation of E.L. James' best-selling novel was written by Saving Mr. Banks scribe and Terra Nova creator Kelly Marcel. The last news anyone heard about the script was that a draft had been turned in. Taylor-Johnson will most likely weigh in with her vision of the film and script revisions are sure to take place later this year.

The big question now is the one that has hung around since news of a Fifty Shades of Grey movie first hit: who will play the leads?

Matt Bomer and Henry Cavill have the strongest fan push, while Christian Bale is also among fans' wish list to play tormented billionaire Christian Grey. It's unlikely any of these actors will take on the role.

Regardless of whom ends up in the roles, decisions regarding casting should be coming by the end of the year. Universal is battling the clock with this production, needing to get it into theaters while the property is still relevant and hot.

Who do you think will end up playing the leads and do you like Taylor-Johnson as the director?

Listen: 'Man of Steel 2,' 'Spider-Man 2' and the Future of Your Favorite Superhero Movies

Listen: 'Man of Steel 2,' 'Spider-Man 2' and the Future of Your Favorite Superhero Movies