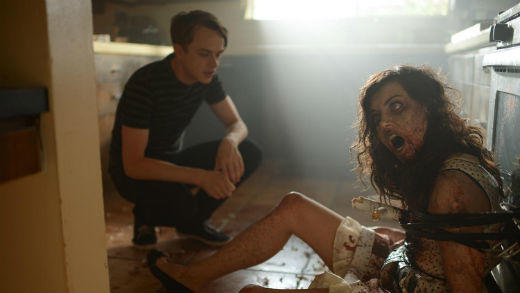 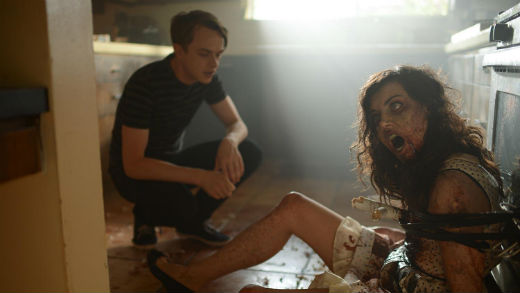 In the breakout Sundance Film Festival movie Life After Beth (read the full review at Movies.com). Aubrey Plaza and Dane DeHaan play young lovers navigating the complexities of an intense romantic relationship, except there’s one problem: she’s a zombie.

“My character is a zombie, but I’m also emoting on a human level,” says Plaza. “Beth and Zach are still going through the emotions of being in a relationship and dealing with things just like a human relationship, but there’s a zombie layer to it that makes it all weird and bizarre.”

The unique and refreshing zom-com is from writer-director Jeff Baena, who delivers a different kind of zombie movie that’s less about a zombie takeover and more about a guy who’s desperately clinging to a relationship that’s deteriorating (literally) by the day.

“You’re never in the center of the action; you’re always on the periphery,” says Baena. “So you never have a scientist explaining what the root cause of it is, and you never have a hero fighting off a horde of zombies and getting into whatever it is that caused it. You just don’t have any idea, because if it really were to happen, you probably wouldn’t be the hero guy. You’d be the guy living right down the street from the hero guy who has to deal with all the consequences.” 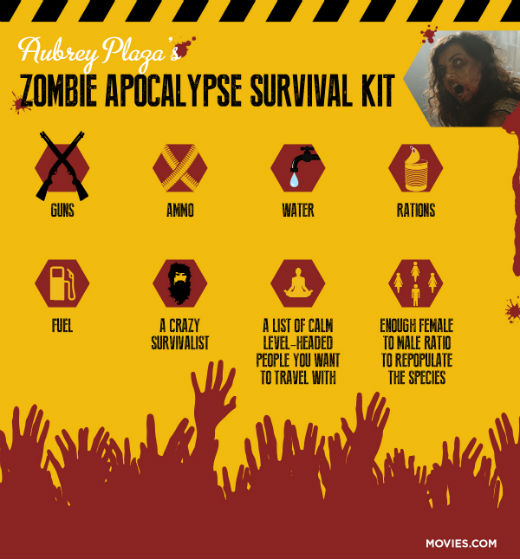 For Plaza, playing Beth was unlike anything she’s attempted so far. “It was challenging, but fun. There were prosthetics – it was the first time I ever did any prosthetics or makeup or anything, so it was a first for me and I liked it. It was helpful to get into character because I felt different physically. I even had a stunt double for some stuff!”

Plaza’s zombie is not your typical zombie, either, which makes her the rare zombie you actually invest in, even moreso than the humans at times. “I love the transformation my character has,” she told us. “When it starts out there’s just something off about her and you don’t know what it is, and then by the end she’s a full-blown monster. It was really fun to make that journey. It’s hard to find parts where you get to do fun stuff like this, especially for women.”

So how would Plaza and Baena survive the zombie apocalypse? For starters, you need to know who you’ll be surviving with, which may be the most important part of all. “You have to have your list [of people to escape with]. We’re always working on our list," Plaza says. "You have to have a support system." Baena adds, “For the most part you want to have able-bodied people who are clear thinking and not emotional, to the point where they would jeopardize everything.”

What else is mandatory during a zombie apocalypse? Check out the Movies.com infographic above (designed by John LaRue) with the rest of their answers, and keep an eye out for Life After Beth to arrive in theaters later this year.