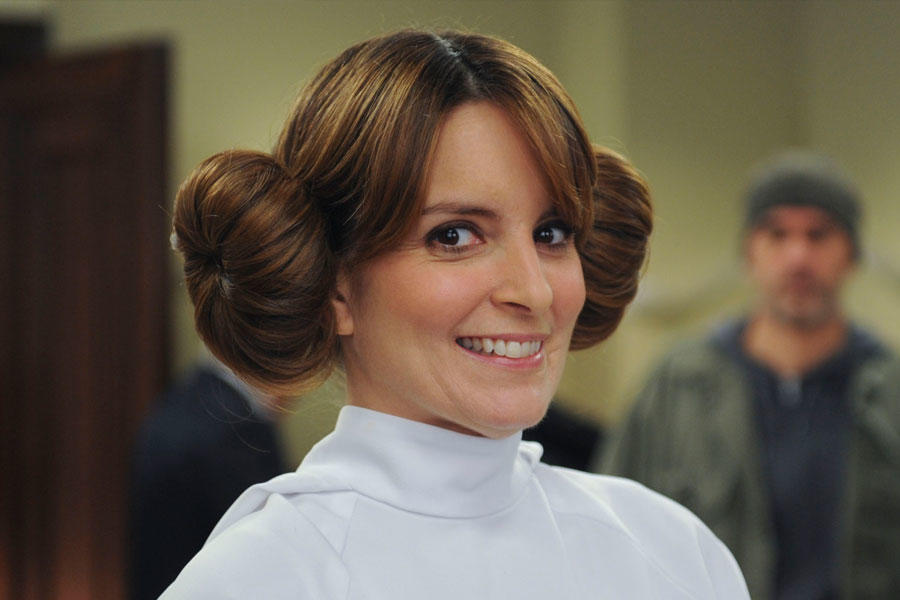 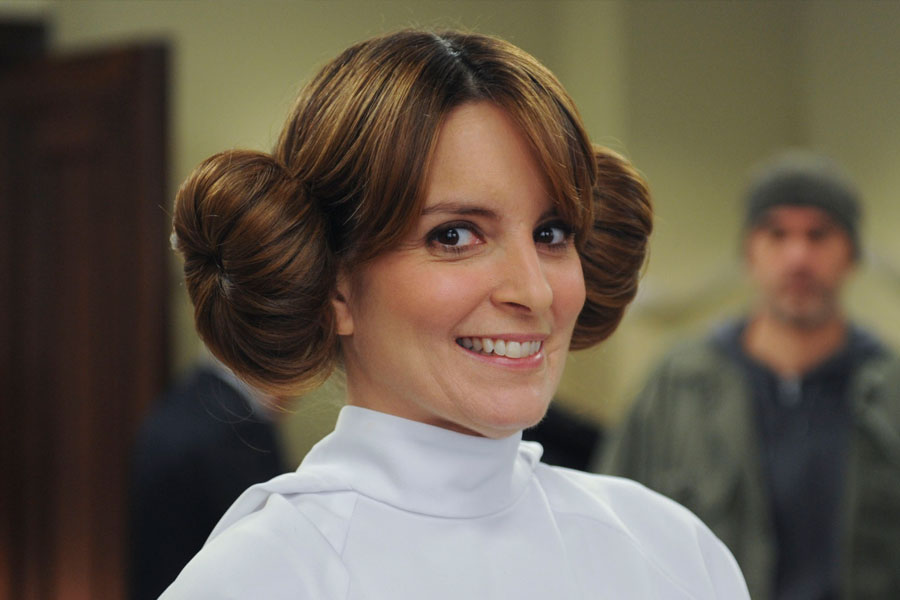 In honor of her 45th birthday this week, here are 10 reasons we’re celebrating the life of Tina Fey.

10. Tina Fey was born Elizabeth Stamatina Fey on May 18, 1970, in Upper Darby, Pennsylvania. Obviously her stage name comes from her middle name. But she did name her semi-autobigraphical 30 Rock character Elizabeth.

Here’s an adorable photo of Little Liz/Tina with her mom:

9. Getting under the spotlight early, in 1988 she played beauty school drop out Frenchie in her high school’s production of Grease:

And then 16 years later, she got to play the Sandy role for this Grease-inspired “Summer Nights” sketch on Saturday Night Live:

8. Fey later honed her comedy chops as a member of the famous Chicago improv group The Second City, where she met fellow future SNL alum Rachel Dratch. Their “Wicked” act seen below evolved into the “Boston Teens” sketches at SNL.

7. While in Chicago, she tried to break into commercials. While she never booked any, the experience of her worst audition, for a McDonald’s spot, provided Fey with this great anecdote to tell on The Tonight Show:

6. Fey joined the writing staff of SNL in 1997 and made her debut on camera the following year in this very ‘90s bank commercial parody:

And after another year, she became the show’s first female head writer, soon becoming co-anchor of SNL’s Weekend Update news segments. Watch her interview with Wilson the volleyball from Cast Away:

5. She made her brief movie debut in 2002 in the little-seen Martin & Orloff. But her screenplay and supporting role in Mean Girls launched her big-screen career.

3. In 2010, she became the youngest person to be honored with the prestigious Mark Twain Prize for American Humor. Watch her prove she deserves it with her hilarious acceptance speech:

2. Fey has also done voice work for animated and documentary features, including Megamind, which reunited Fey with SNL cast mate Will Ferrell.

1. Another SNL pal she’s reunited with many times is BFF Amy Poehler. Since meeting at The Second City, they’ve co-anchored two seasons of Weekend Update, appeared on each other’s TV shows and made seven movies together, including the upcoming Sisters. Watch a trailer for that here:

Fey and Poehler have also shown amazing chemistry cohosting the Golden Globes the last three years in a row. Revisit their debut monologue as emcees in 2013: