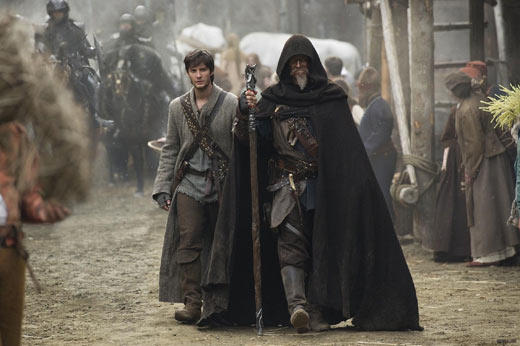 Here's a recap of the biggest surprises and memorable moments from the panel. 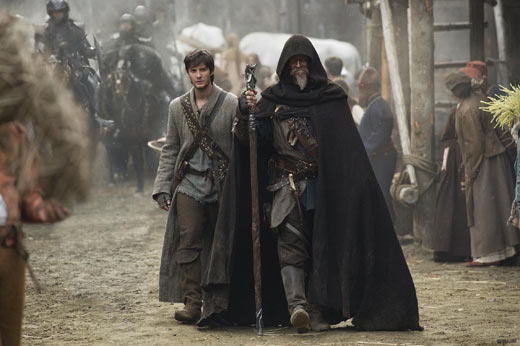 What We Saw: An extended trailer.

"It’s chock full o' myth." Bridges on describing the themes of the movie.

"For me a lot of acting comes down to advanced pretending." - Bridges talking about his approach to acting.

What We Saw:  Mood piece from last year.

Cranston was hesitant to join the film because of its massive scale, but Edwards convinced him the destruction was balanced with humanity.

Edwards talked about how he spent 20 minutes at the Canada-U.S. border and both immigration officers told him to not "f**k it up" and told him everything that needed to be in it.

Teaser trailer rolled, with Godzilla taking on a giant insect monster and an explosive sequence at an airport.

Highlight of the panel came toward the end when moderator Chris Hardwick said that they have something to show. Cranston stands up and acts as though he's going to unzip his pants, but sits down. "That's my pet name for it. Godzilla," he joked, which Hardwick immediately followed up with, "So how much of it is CGI?"

"It was a big-budget art film the way that he wanted to shoot it." Taylor-Johnson describing the tone of the film

Warner Bros. Surprise #1: Warcraft teaser trailer presented and then Duncan Jones presented onstage as the director who talked briefly about helping the project.

Who Was There: Eva Green, Rodrigo Santoro, Sullivan Stapleton and director Noam Murro

What We Saw: Extended trailer screened which includes a cameo by Gerard Butler being killed in the beginning.

"It takes place in the same time as 300, but has bigger story and scope." - Murro explaining time and frame of film.

"I call her a ruthless Joan of Arc." - Green describing her character, Artemisia 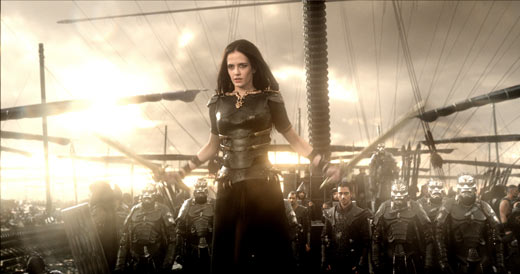 Who Was There: Director Alfonso Cuaron, David Heyman and Sandra Bullock

Cuaron says that although you hear sound of explosions in the trailer, there is no sound in the actual film. All you hear are Clooney and Bullock. They are the only two characters in the film.

Who Was There: Chris McQuarrie, Emily Blunt, Doug Liman, Erwin Stott and... 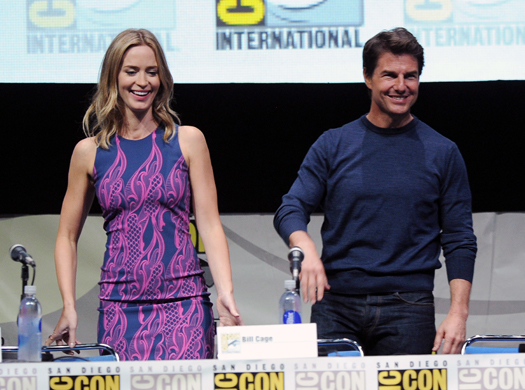 What We Saw: First trailer.

Set a few years into future. Tom Cruise's character develops the ability to repeat the days. It takes place on a day when there is an alien invasion pending.

Warner Bros. Surprise #3: Bill Paxton sitting in audience with his daughter, gets called up and joins the panel.

And then the big surprise... HERE!