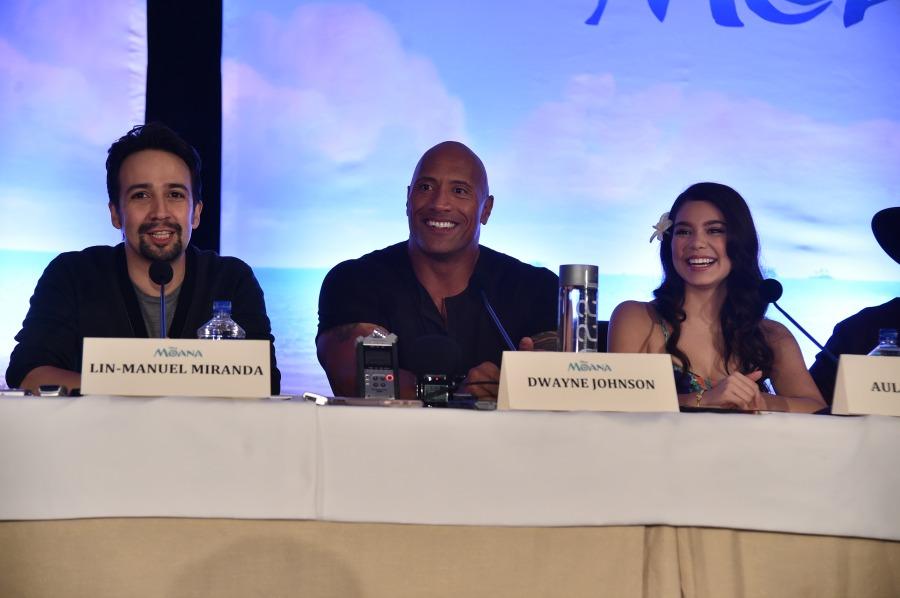 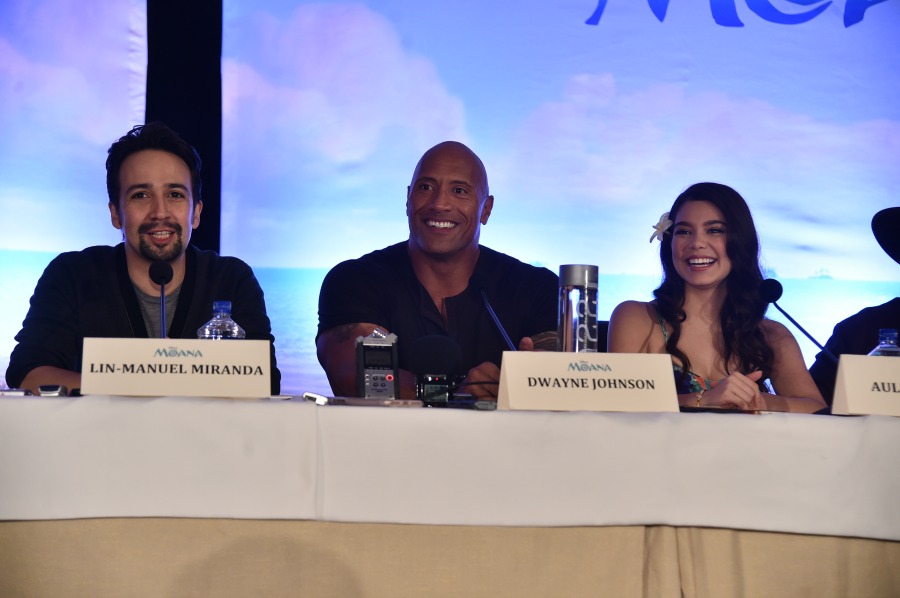 If you haven’t been to Fiji, Samoa or Tahiti lately (or ever), the new Disney movie Moana brings Pacific Islander culture to you. It’s the first film to be translated into Tahitian (Moana means ocean). And according to many who worked on the film and participated in a recent press conference to discuss it, Moana epitomizes Polynesian “aloha spirit.” That means a state of mind that encourages friendly acceptance of others, as well as the mental determination needed to move forward in any given situation.

“It’s a very special thing,” said Dwayne “The Rock” Johnson, who is of Samoan ancestry and voices the character of demigod Maui in the film. “It’s an intangible -- that when you get off the plane and you have your feet on the ground there, energetically it takes you to a different place. That’s ‘aloha spirit’. The opportunity that we had to bring to life a story of our Polynesian culture in this capacity was just a really, really special opportunity for us.”

The movie, set 2,000 years ago, focuses on Moana, a teenager who loves her family, her people, and her island, but feels inexplicably drawn to the sea. She wonders why she’s not content to remain on the island like everyone else. Her father, the chief, forbids everyone from seafaring beyond the reef. However, Moana’s grandmother encourages the teen to listen to her heart. “If that voice starts to whisper to follow the farthest star -- Moana, that voice inside is who you are.”

This inner battle really spoke to Lin-Manuel Miranda, who contributed music and lyrics to the film. “The idea of quieting life enough so that you can hear that inner voice was something really worth writing about for me because I think it’s so important,” he said.

The songs in the movie are catchy, like sea shanties, and some verses include native Tokelauan phrases, thanks to Opetaia Foa’i, the renowned Pacific Islander musician and composer who worked on the Moana music. “For more than 20 years, I’ve been touring the world telling stories of our ancestors, who were the best navigators the world has ever seen. Everything really aligned with my purpose of sharing this awesome culture," he said. 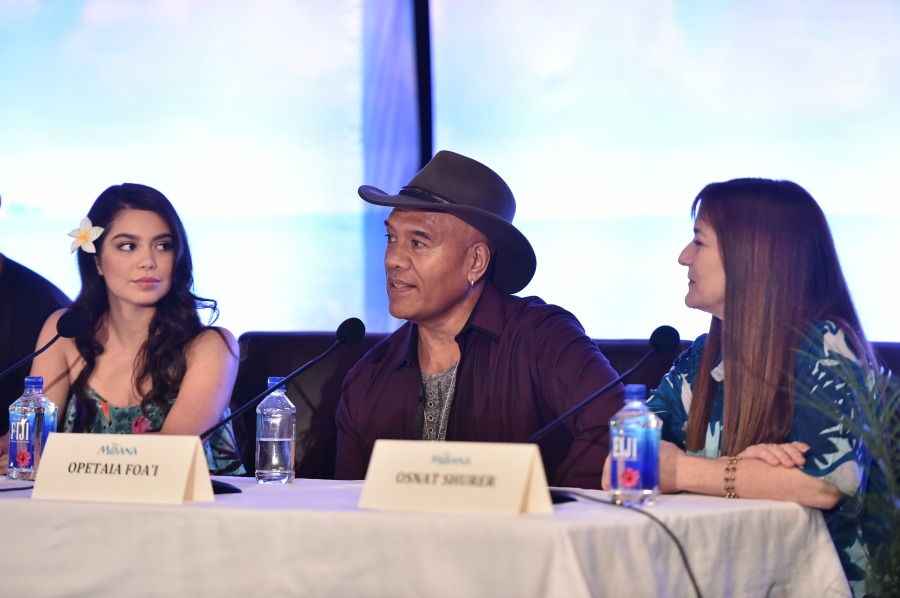 These personal anthems of empowerment, strength and determination also help move the action along. “Visuals inform the music, and always in service of story,” Miranda said.

In the movie, Moana wants to save the world, with the help of the demigod Maui. To traverse the ocean, Maui teaches Moana wayfarer skills, techniques based completely on nature, such as star navigation and ocean swells. No special powers, but reclaiming knowledge that has been the pride of Pacific Islanders for centuries.

All this, as well as cinematic details like tattoo designs (tattooing began in the Pacific Islands centuries ago) and clothing, were vetted through the Oceanic Story Trust, a group of Polynesian experts assembled by Disney to get the cultural authenticity right.

“We wanted to make this film together and so we would keep checking in with our Trust team,” said producer Osnat Shurer. “Of course, it’s a fictional story, but we wanted it to honor and respect the cultures that inspired the movie and so we kept working together. Everything, (even) every tattoo, was checked with our master tattoo artist.”

For this film, Disney set out not to create a new princess character, but instead a strong young woman who rules her own destiny. “It’s a very lovely thing to have a Polynesian lead character and a very brave one at that. Women in particular are taught to be perfect; they are not taught to be brave. I feel like Moana epitomizes that bravery. I hope girls embrace it,” said Rachel House, who voices Gramma Tala in the film.

This is the first movie role for actress Auli’i Cravalho, who voices Moana and is Hawaiian. She admitted she was a bit wary of being in a production that showcases her own ancestry. “I think when anyone thinks of someone making a film inspired by their culture, they want it to be done right. But I’m excited for my people and for everyone else to see this as well. Hopefully they’ll be inspired to (do their own) research on our culture, because our culture is awesome.”

Next Article by Dresden Shumaker