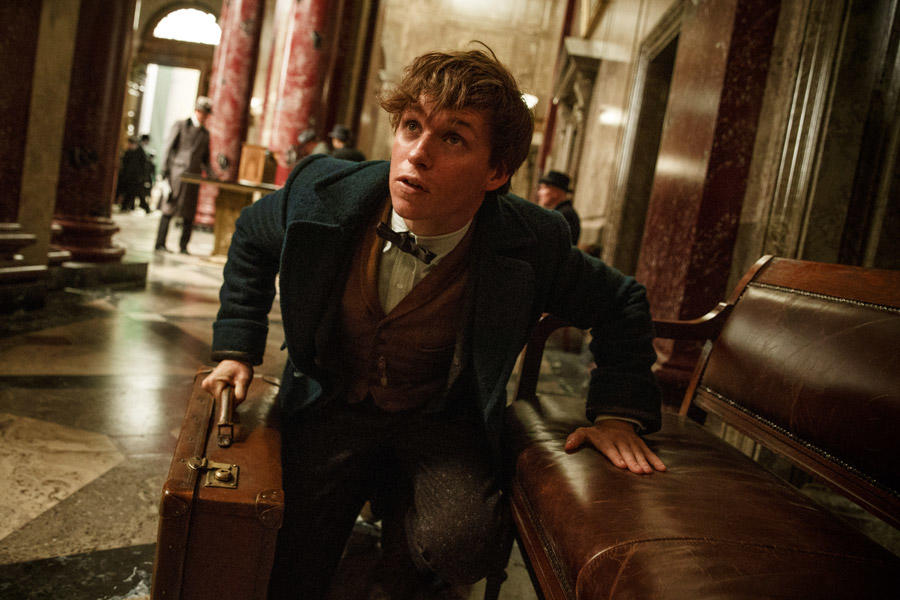 ‘Fantastic Beasts and Where to Find Them’ Set Visit, Part 3: The Beasts

This is part three of our three-part Fantastic Beasts and Where to Find Them set visit. For part one, which looked at the characters, go here. For part two, a look at the key places in the movie, go here. 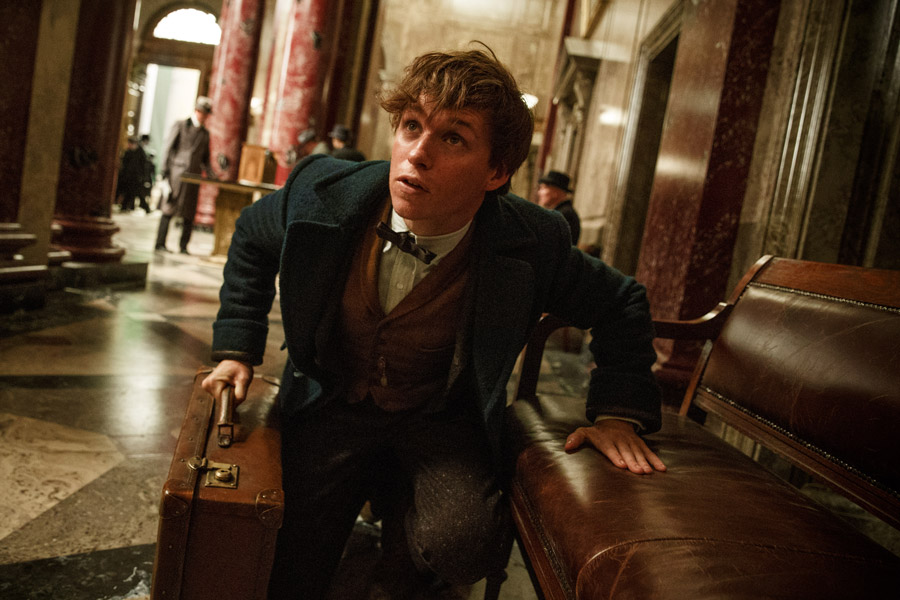 While Fantastic Beasts is a character-driven story, the film is riddled with magical creatures. In an office on the Leavesden set in London, concept art of beastly designs hung from a wall. Fans have seen some of them already in the trailers, but there are plenty more where they came from. Here’s a guide to the creatures we should see, including descriptions gleaned from the books.

Ashwinder: When allowed to burn unchecked, a magical fire’s embers can produce an ashwinder, a pale, fiery serpent.

Augurey: Also known as an Irish Phoenix, this green-feathered bird resembles a small vulture and feeds off of various insects and fairies. Its mournful cry can predict rainfall, though some once believed it to predict death.

Billywig: A small, sapphire-blue insect with wings on its head that allow it to spin as it flies. Billywig stings, the poison of which can be used in potions when dried, can cause giddiness and levitation.

Bowtruckle: A small, shy, sticklike creature that typically is found guarding trees, which it will defend with its sharp fingers. Newt carries around a bowtruckle named Pickett. “He has attachment issues, so he always has to sort of be in my pocket,” Redmayne said. To help orient the actor to reacting to a CG creature, a puppeteer used a finger puppet that danced on his shoulder before graduating to a long pole with wire on the end.

Crup: A wizard-bred dog that closely resembles a Jack Russell terrier with a forked tail. They are typically aggressive towards No-Majs and loyal to wizards.

Demiguise: An apelike creature coated in silky, silvery hair. The demiguise can become invisible when threatened, and wizards use the hair to weave cloaks of invisibility. The creature also has precognitive abilities, so catching it off guard is incredibly difficult, but the one in Fantastic Beasts develops a relationship with Jacob.

“For some reason there's something in Jacob's nature that lets it feel that I'm not a threat,” Fogler said. “So, there's these really sweet moments where the chaos is happening and this s**t has us going up in flames and the demiguise looks to me and is just like ‘Come here, pal. It's okay.’ They're sweet.”

Diricawl: No-Majs have another word for the diricawl — the dodo bird.

Doxy: Commonly misidentified as a fairy, doxies are small creatures with wings and sharp, highly venomous teeth. Witches and wizards who are bitten must immediately take an antidote.

Erumpent: A large African beast resembling a rhinoceros, the erumpent has one long horn, a thick tail, and a durable hide capable of repelling most charms and curses. Based on comments from Fogler, Jacob also forms a unique bond with this animal.

“There's a scene in the movie where this really, rather large elephant/rhinoceros kind of creature is in heat,” he said. “And we're trying to coax it back into its enclosure with this hormone musk. And I spill it all over myself. You know, cut to me running from this enormous thing that's trying to have its way with me. That was pretty scary.”

Fwooper: A colorful bird with a song that causes listeners to go insane. It’s mandatory for them to be sold with a silencing charm in place.

Hippocampus: The true seahorse, the hippocampus has the head, torso and front feet of a horse with the tail of a giant fish.

Kappa: A Japanese water demon, kappas resemble scaly monkeys with webbed hands and are notorious for sneaking up on humans and strangling them to death.

Lethifold: Also called a "living shrowd," the lethifold is a dangerous creature that looks like a black cloak gliding across the ground in search of prey. Much like a dementor, they are repelled by the Patronus Charm.

Mooncalf: A shy, four-legged creature with pale skin that emerges from its burrow only during a full moon.

Murtlap: An aquatic animal that looks like a rat with a sea anemone on its back that’s actually a large growth. Essence of murtlap is commonly used as a treatment for cuts.

Niffler: Similar to a mole, this fluffy, black-furred creature with a long snout likes to burrow and is attracted to anything glittery. This becomes a problem for Newt, who has to chase a niffler down a cobblestone street in Tribeca’s Diamond District.

Occamy: A serpentine winged creature with two legs that is aggressive to all who approach. It’s especially defensive of its silvery eggs, which are worth a fortune. Concept art shows the beast towering over Newt in some shadowy underground scene.

Runespoor: A three-headed snake decorated with orange and black stripes, runespoors grow up to seven feet long. Each of its heads are said to provide different functions: the left is the navigator, the middle is the dreamer, and the right is the attacker.

Streeler: Essentially, a streeler is a large snail, though this is one changes color on the hour and the spikes on its shell inject poison. Similarly, it leaves a toxic trail that’s strong enough to kill vegetation.

Swooping Evil: Often described as a mix between a reptile and a butterfly, this blue-and-green winged creature emerges from a small cocoon and can suck out brains. When diluted, its venom can be used to erase bad memories.

Thunderbird: A giant bird closely related to the phoenix that creates storms as it flaps its wings. One of the four houses at the Ilvermorny School of Witchcraft and Wizardry is named after the creature. Newt rescued one, which he named Frank, in Egypt with the promise of returning it to his native land of Arizona.

Next Article by Nick Romano

‘Fantastic Beasts and Where to Find Them’ Set Visit, Part 2: The Places and Setting

‘Fantastic Beasts and Where to Find Them’ Set Visit, Part 2: The Places and Setting