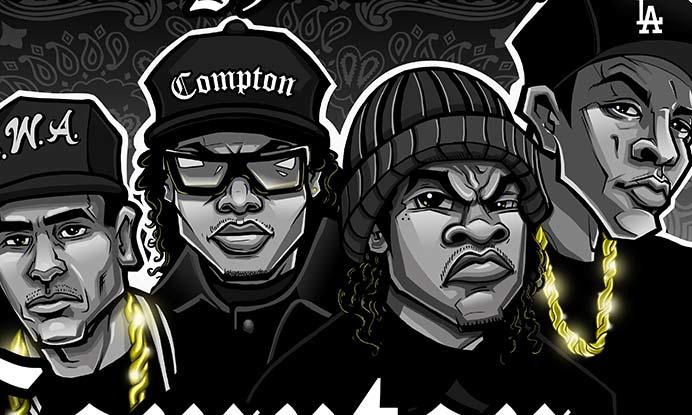 From the moment they burst onto the scene with their game-changing album Straight Outta Compton, Dr. Dre, Ice Cube, Eazy-E, DJ Yella and MC Ren, collectively known as N.W.A., forever altered the rap landscape. Every track brought the listener onto the Compton streets and into the everyday reality of life in the hood. Their influence stretched across genres, ages and neighborhoods - and now with the film Straight Outta Compton, their story is being told and their music being introduced all over again.

It's been over 20 years since N.W.A. disbanded, but their influence lives on. Check out the original artwork by West Coast artists Roman Cortez, Chito Arellano, Jesse Hernandez and Sket One to see how N.W.A. continues to inspire.

"I incorporated the five core members while putting Eazy-E front and center since he was responsible for assembling N.W.A. Also, I wanted to make this poster look like an old-school monotone party poster you'd see for a house party or local event, but with a modern take. I incorporated dual '63 Impalas since Eazy-E actually had a mint-green one, despite one of his popular lyrics being "Crusin' down the street in my 64." Lastly, being a die-hard N.W.A. fan since their beginning I can't wait to see this movie!" 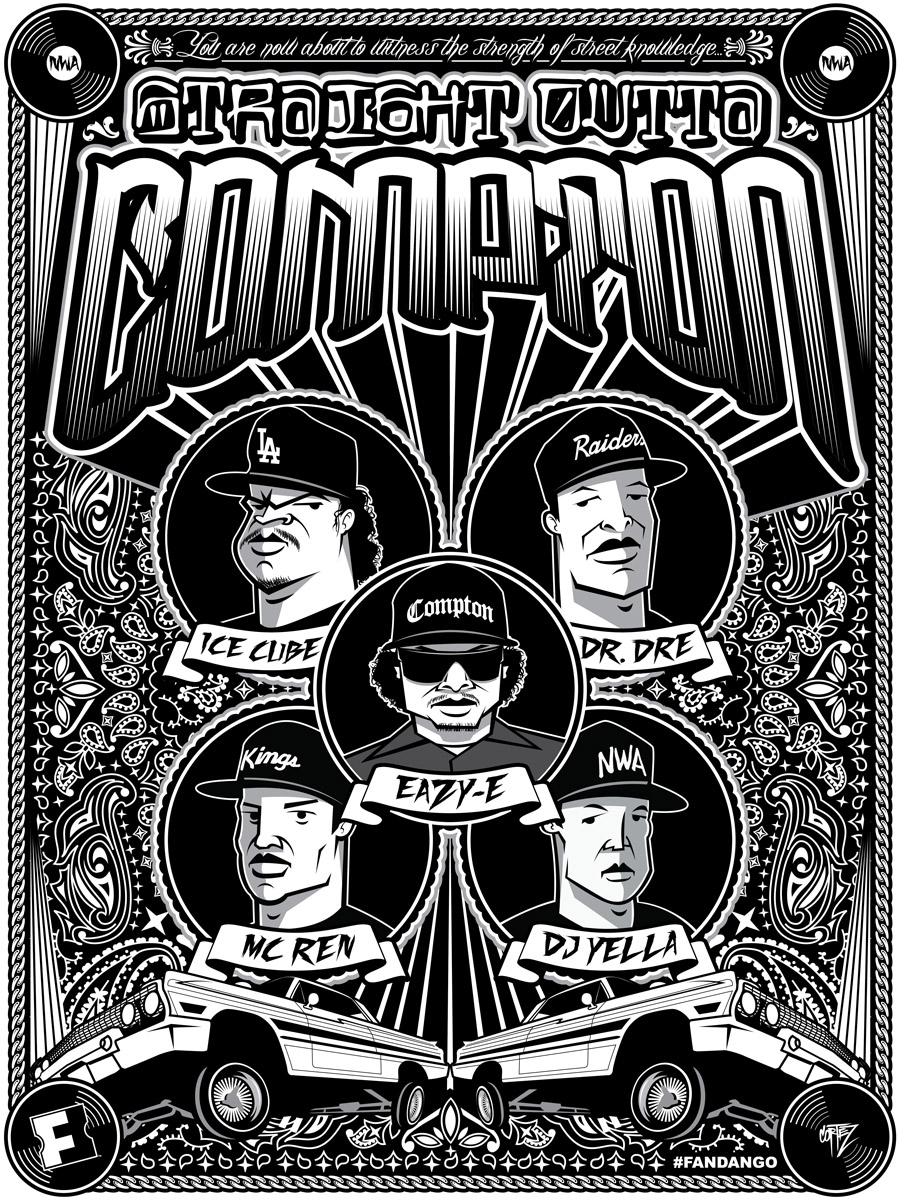 "I was just starting high school when my god brother let me borrow a mixed tape that he bootlegged off some DJs from L.A. The tape started off with some sounds of sirens and Dr. Dre's voice stating, "You are about to witness the strength of street knowledge." Then the beat drops and Ice Cube's voice blasts out of my boom box, "Straight Outta Compton! Crazy Muthaf***er named Ice Cube!"  It the first time a song shook me to the core. The words were raw and full of rage; far different from anything I had heard before. I won't claim to be able to completely relate to what N.W.A was saying - because I was never in a gang - but it was one of the first songs that  got me into the hip-hop culture, especially hip-hop's visual art form, graffiti. I'm honored to have been given the opportunity to draw up a poster for N.W.A as their music, along with other rappers, helped to inspire me to draw and to find a profound love for creating art." 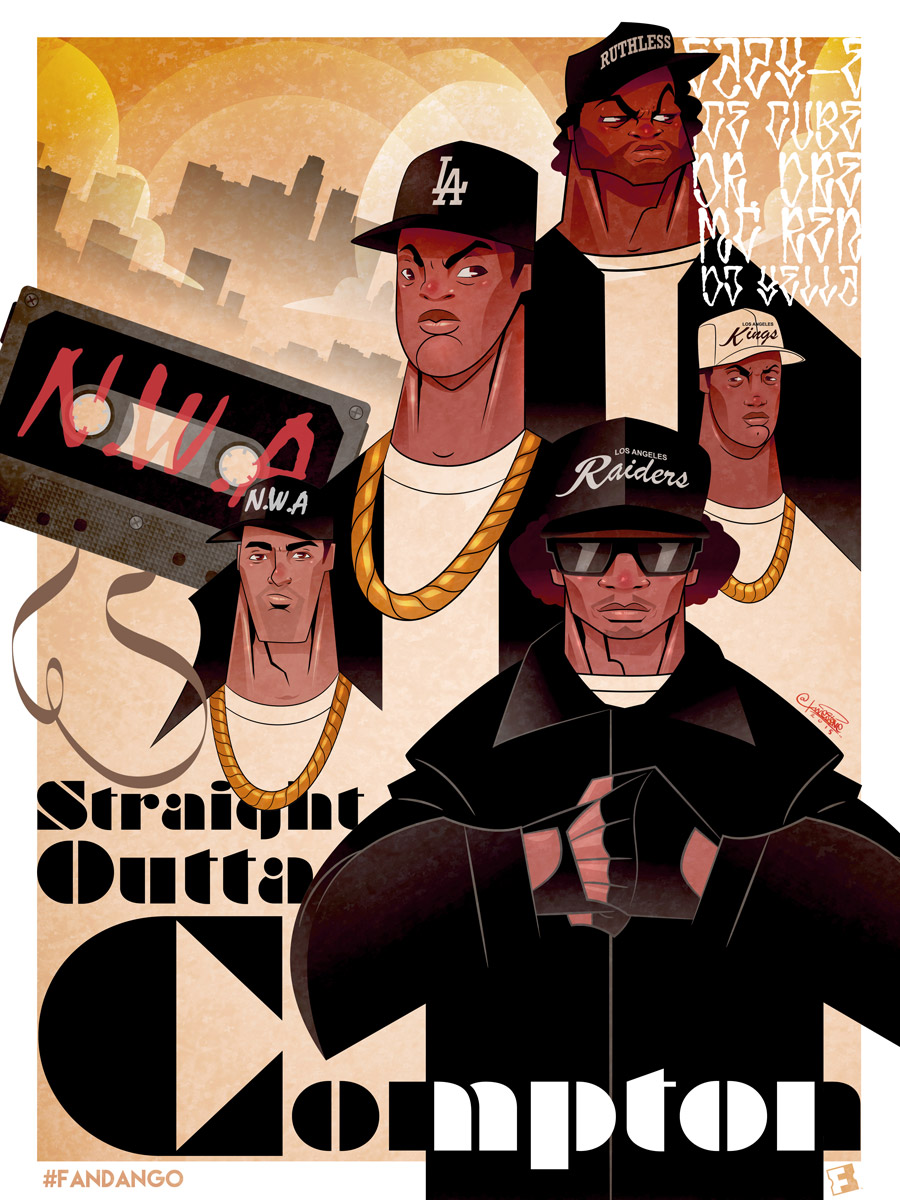 "The inspiration behind my piece is a mash-up between A Clockwork Orange and Straight Outta Compton. There is a lot of similarities to the two groups, and I felt that they just fit perfectly like a puzzle. N.W.A. was gangsta to me as were the Droogs.

Along with Alex, the leader, leading like Eazy-E did to N.W.A. N.W.A. was a turning point in rap and being from the East Coast it was finally hearing the true voice of West Coast rap and what it had to say to the culture." 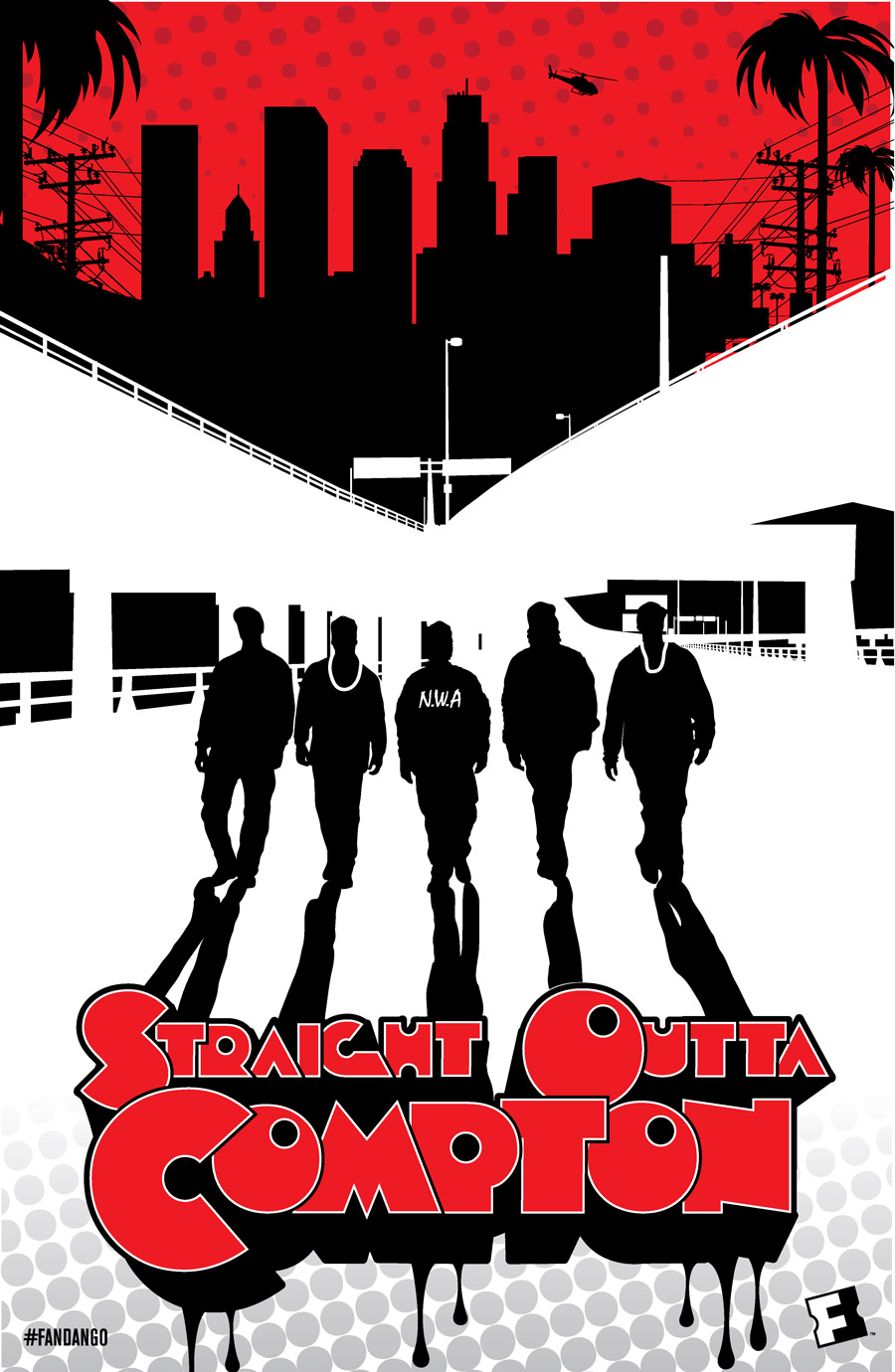 "N.W.A. is one of the most raw and iconic rap groups ever formed. In true West Coast flavor I had to keep it gangster with the black-and-white color scheme, Old English letters, gold chains, and bandana print in the background." 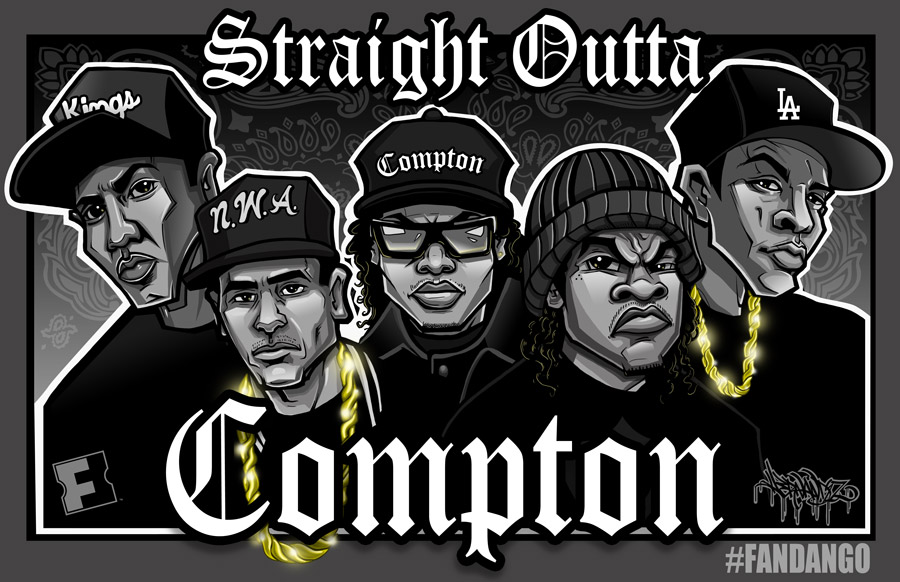