Michael Sheen brings his venerable thespian skills to Twilight's most revered Volturi leader, crafting together a sly enemy that fans won't soon forget. We recently sat down with the Welsh actor to chat about his portrayal of Aro gone mad, insanity and fascination with Renesmee. Oh, and which scene did Mackenzie Foy draw a picture of for him, that now hangs on his fridge?

Fandango: You've described Aro as a cross between the pope and the mafia. Why is that?
Sheen: I suppose because they're the authority within the world of the vampires. They're the people who lay down the law and say what the parameters are. So in the same way as the pope is the head within the Catholic Church, within the Vatican City, Aro and the Volturi are the head of the vampire church. The mafia makes it sound like they're kind of criminal, but they're not. Within the vampire world they are the ones who create the rules and make sure the rules are kept, so it's not like they're an illegitimate authority.

Fandango: How did your daughter, who's a Twilight fan, influence your portrayal of Aro?
Sheen: When I first told her that I was going to be playing Aro, she said, "Aro's bald. Completely bald." More than anything, it made me realize that everyone has their own idea of the characters, and it's so special to them. Obviously, you have to be careful when you're adapting a much-loved book. I guess one of the things that's been very successful about the film series is it seems to have not gone against what the fans feel about the books.

Fandango: In the film, you really play up Aro's insanity. How did you tap into that?
Sheen: One of the main features of being a vampire is that you're immortal. You can live for centuries and centuries. It must drive you kind of mad after a while to have been around for that long, to have seen everything and done everything. So anything that's new becomes really exciting. That's why I think he's fascinated by Bella and Edward. He hasn't seen relationships like that before, and he asks how is that possible? It seems to go against everything they believe in. The same with Renesmee. He has to amuse himself. He role plays, or he pretends that he's a sentimental old fool.

Fandango: How did your maniacal laugh for Aro come about and what was director Bill Condon's reaction?
Sheen: I just sort of did it, and then kind of went a bit further with it. I liked the idea of that for someone who seems so controlled all the time, there's something slightly hysterical about him. When he laughs like that, you get a sense of this dangerous, out-of-control character. I said [to Bill Condon], "Is it too much?" He said, "No, I don't think so. Go for it." I think some people felt like it might be a bit much, so he fought to keep it in the film.

Fandango: The violence and action near the end might be unexpected for those who've read the books. What do you think of the end result?
Sheen: It's not in the book, but I think they very cleverly found a way to incorporate that, and yet still not go against what happens in the books.  I think it will be very, very shocking to people who've certainly read the books to see what's happening to these very beloved characters.

Fandango: You have one scene with Mackenzie Foy who plays Renesmee, where she just touches Aro's face; hardly any words are said, but it's very powerful. How did you prepare with her for that?
Sheen: We talked about that scene. When I read the script, that was my favorite scene in the film. I loved the idea of this character who's so dangerous and you don't know what he's going to do. He's so fascinated by this little girl and just the physical image of the two of them together – this Volturi in the cloak, this dark scary character, and this little girl – and her taking him completely by surprise, putting her hand up to his face. I said to Mackenzie that was my favorite bit. I was really looking forward to that scene. Mackenzie drew a picture of that moment, which I've still got up on my refrigerator. 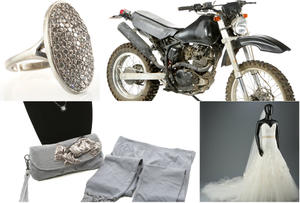 Here's How You Can Own a Piece of 'Twilight' 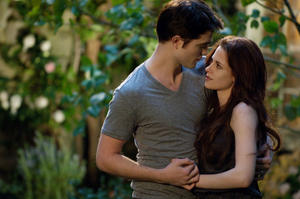 How to 'Blend' Your Family… by Watching Scary Movies