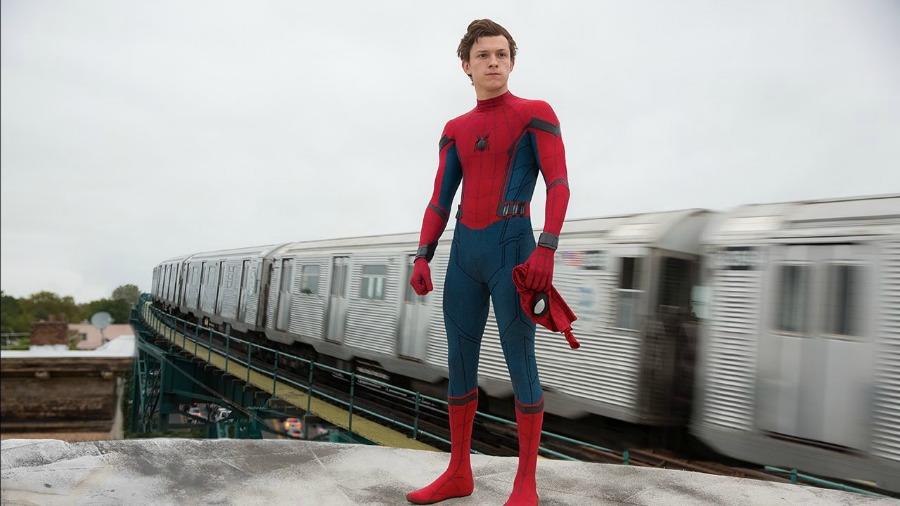 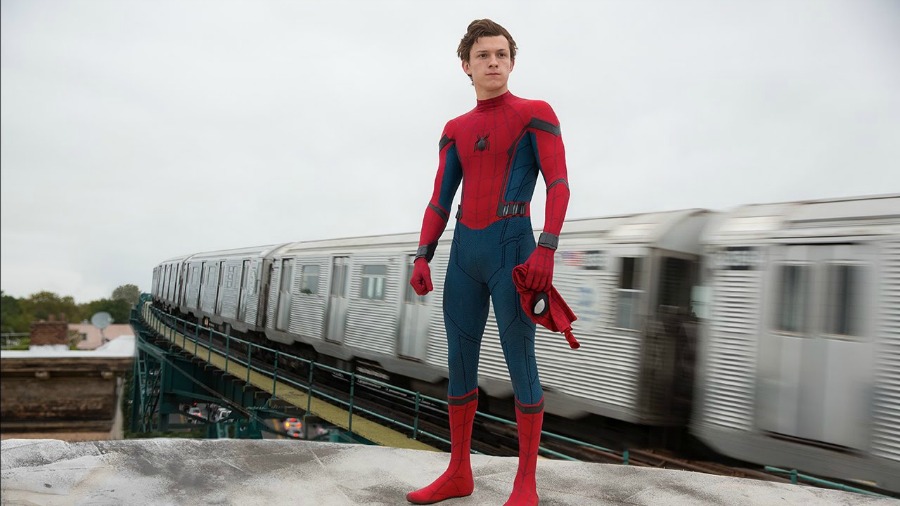 On the heels of its second trailer premiere (watch it below), Fandango sat down for an exclusive chat with Spider-Man: Homecoming director Jon Watts to get the lowdown on what will be a historic moment in superhero-movie history. That's because it's the first Spider-Man movie produced by Marvel Studios, and it's the first time multiple studios have collaborated on a major superhero film.

We caught up with Watts in Las Vegas at this year's CinemaCon, where he was joined by Homecoming star Tom Holland, Marvel Studios chief Kevin Feige, and producer Amy Pascal. With its July 7 release date not too far away, we began our chat with Watts by asking for the current status on the web slinger's new adventure. "It’s almost done!" he said. "You know, everything takes forever, so we’re getting all the visual effects perfect, doing sound and color, and things like that."

Keep reading for more on the film's connection to John Hughes, plus Easter eggs, a postcredits scene, Iron Man's big return, the introduction of the Department of Damage Control to the Marvel Cinematic Universe, and much more.

Fandango: So is there an official run time yet?

Jon Watts: Not yet, we’re close. Normal movie range. Four and a half hours… we’ll have an intermission. [Laughs]

Fandango: Is there anything you were surprised they let you keep in the movie?

Watts: There’s a lot of things like that. I don’t want to give it away because it’s one of the surprises in the movie, but that’s one of the things I was surprised about, working with Sony and Marvel. They were so open to crazy ideas and some of them actually made it into the movie.

Fandango: How about Easter eggs -- are there a lot for fans to keep an eye out for?

Watts: Yes, I love that kind of stuff. I love that element – Marvel movies especially because it’s such a dense universe. Our movie is exploring the ground-level version of it – a ground-level perspective of it. So the opportunity to hide things here and there for the eagle-eye fan to spot is something that I really, really relish.

Fandango: What about any nods to the previous guys who played Spider-Man, like Andrew Garfield and Tobey Maguire?

Watts: Not so much those kinds of Easter eggs, but more referencing things that exist in the larger Marvel universe, or very deep cuts from the comics.

Be on the lookout: Jon Watts says there’s a deep-cut kind of Easter egg in the newest Spider-Man: Homecoming trailer. See if you can spot it.

Fandango: Talk about Michael Keaton’s Adrian Toomes. We just saw the first image of his character, he's featured briefly in the new trailer, and it’s been revealed there’s a new company owned by Tony Stark that gets in his way a bit… 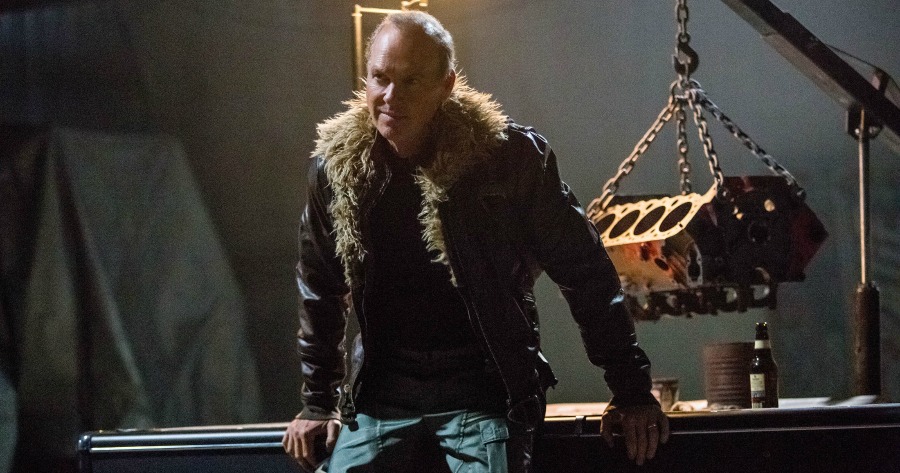 Fandango: The introduction of Damage Control is going to be exciting for fans of the comics. Does bringing in that fictional clean-up company open up a ton of possibilities for the MCU?

Watts: Yeah, possibly. For me, in thinking about this movie, it just fit in with our overall philosophy with the kind of story we wanted to tell. In the same way that Peter gives us the ground-level view of what it’s like to be a 15-year-old kid in a New York City that was almost destroyed by aliens before the Avengers showed up. You also wonder after all those huge messes are made, who’s sent in to clean up? Is it the normal people who would be hired to do something like that? Does it become a government operation? Is it dangerous? What do you do with all the alien body parts that you find? I really like asking those practical questions about this world and then using that to drive the story.

Fandango: It’s a great way to bring in the other movies, too, because you can use stuff from any of them, right?

Watts: Oh yeah. Think about all of the things that have been littered around the world as a result of the Marvel movies.

Fandango: And Toomes gets to play with some of that?

Fandango: What was it like bringing Robert Downey Jr. into the fold for this movie?

Watts: It was great. I had such a good time with him. Robert is such an electric guy and him with Tom… basically, my job was to set it up and just step back and let it happen because they have such chemistry together.

Fandango: Is this a version of Tony Stark that we haven’t seen yet?

Watts: Absolutely. You have to think about the implications of what he did in Civil War, which is to pluck this 15-year-old kid our of obscurity and bring him to Germany to embark on this insane adventure. And then he just drops him off at the end of it while he continues his part of the story. There’s a lot of repercussions to that. Is it the first step towards Tony as some sort of mentor figure? Is he comfortable with that? Has he ever seen himself as that? Or is he the one who’s needed the mentoring along the way? I think it’s a really interesting facet of Tony Stark’s personality that we get to explore in his relationship with Peter.

"There’s a sincerity to the Spider-Man comics that I tried really hard to capture."

Fandango: What was the most important thing for you to get right?

Watts: All of it, honestly, but there’s a sincerity to the Spider-Man comics that I tried really hard to capture. That’s what I feel at least when I go back and read the old comics. Peter Parker is a good kid, and he really wants to do the right thing. He’s really torn, but he’s not so overly emotional that he’s a drag. He’s just really sincere. I wanted to make sure the movie captured that same kind of sincerity.

Fandango: Right from the beginning we heard John Hughes was a big inspiration for this film. Do you have specific nods to his films in the movie?

Watts: Oh, yes. Definitely. So many. It’s not so much a specific reference – although there are plenty of those, but they’re Easter eggs and I don’t want to spoil them. There’s one very direct reference that no one will miss, too. Don’t worry, it’s not Peter Parker dancing in the library and breaking glass or anything. There’s no dancing in this movie. Again, it’s that sincerity – that’s the main thing John Hughes always captured. He always took his characters seriously even though they were 15, 16 or 17, and I wanted to do the same thing. Tell it from their perspective, try to get in their heads and tell you how they feel. As opposed to looking at it as an adult looking back at high school. 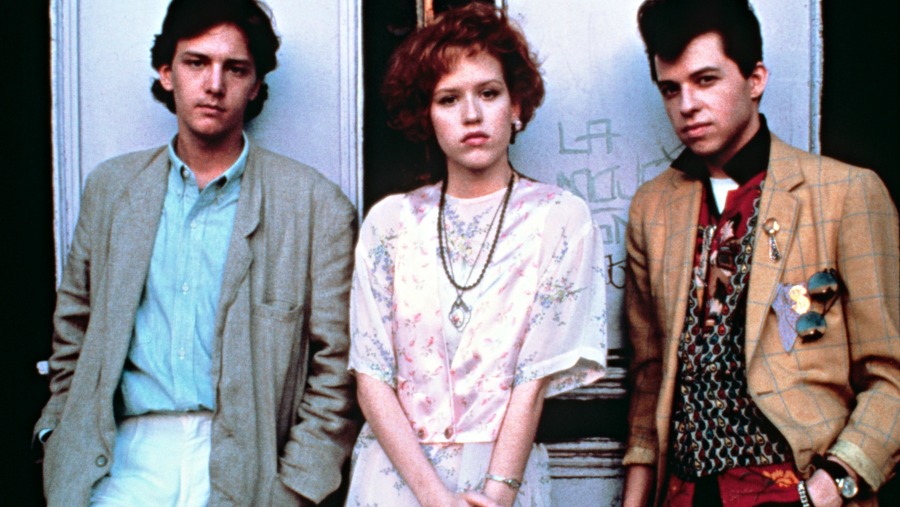 Watts: Of the high school movies… he didn’t direct it, but I like Pretty in Pink. She’s from a poor family; Harry Dean Stanton is her dad. I really like that other-side-of-the-tracks kind of a romance. I love Ferris Bueller, too. We have a little bit of Weird Science in our movie for sure. There are so many great John Hughes movies covering so many different genres. You can pull so much from him.

Fandango: It's a Marvel movie, so should people stick around till after the credits?

Watts: Of course! Absolutely. How disappointing would it be if there was just nothing? Like if this was the one movie where we said, nope, no after-credits scene! [Laughs]

Fandango: Are you sticking around in this Spider-Man universe and developing the sequel, too?

Watts: You’d have to ask Kevin [Feige] and Amy [Pascal]…

Fandango: Sony just announced a Venom movie – is that connected to your film at all?

Fandango: Are you involved at all when it comes to Spider-Man’s role in Avengers: Infinity War?

Watts: Yeah, everyone is aware of what’s happening on all the other movies. So if one thing shifts, you make sure it doesn’t have dramatic repercussions for your movie. But yeah, that’s all on the Russos right now.

Spider-Man: Homecoming hits theaters on July 7. We'll have lots more on the latest Spidey adventure as we inch closer to its release.