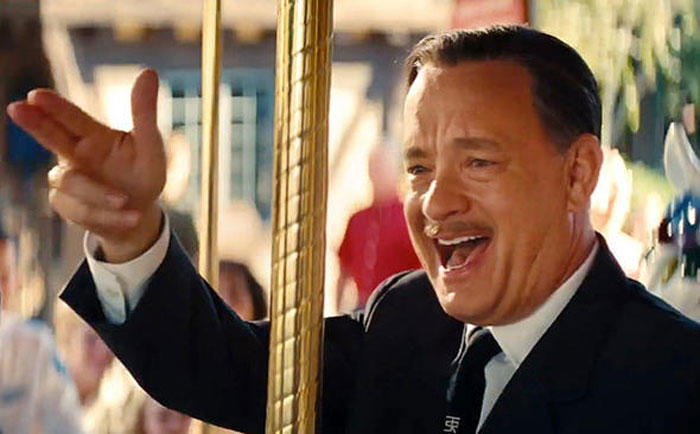 This weekend, Saving Mr. Banks will be represented at the Golden Globe Awards by star Emma Thompson as she vies for a best dramatic actress award. But let's not forget the awards-worthy music behind Saving Mr. Banks, too, penned by the Sherman Brothers, Richard and Robert, some 50 years ago.

Today, we have an exclusive behind-the-scenes look at the music in the film as Richard Sherman talks about how Walt Disney gave him and his brother the "opportunity of a lifetime" and how Tom Hanks is kind of like Mr. Disney. There are also interview snippets from Hanks, director John Lee Hancock and the original Mary Poppins, Julie Andrews.

Saving Mr. Banks is currently playing in theaters and continues to rack up accolades including the American Film Institute's Movie of the Year as well as multiple nominations in various film critics' circles.

Don't miss out on this look into how one of the most beloved family movies of all time came to be made. Get your tickets here.

Martin Scorsese: A Letter to My Daughter

Martin Scorsese: A Letter to My Daughter