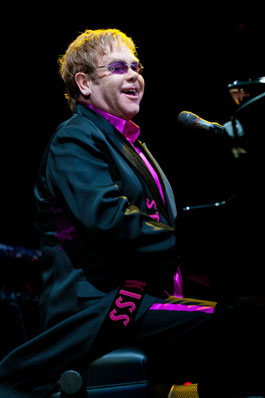 Elton John is teaming up with writer Lee Hall to bring his life story to the big screen. Titled Rocketman, the biopic will weave together key moments in John's life.

There’s certainly a lot of ground to be covered and it will be interesting to see what John decides to leave in and what he excludes. John’s life has seen him play arenas worldwide, battle alcohol and cocaine addiction, bulimia, champion AIDS research and befriend the late Princess Diana.
The casting of who will play John will be interesting as well, although producer Steve Hamilton Shaw, among others, are hinting at using different actors to portray John at various ages.
Shaw told Deadline that, "Rocketman will be a radically different kind of biopic. It will be as unique as Elton’s life, told in a non-linear and hyper-visual manner that will transport people through the many intense experiences, some wonderful, some not, that helped define Elton as an artist, musician and man."
Who do you think would perfect to portray the legendary music man and since we’re on the topic, give us your favorite Elton John song.
Like it? Share it: