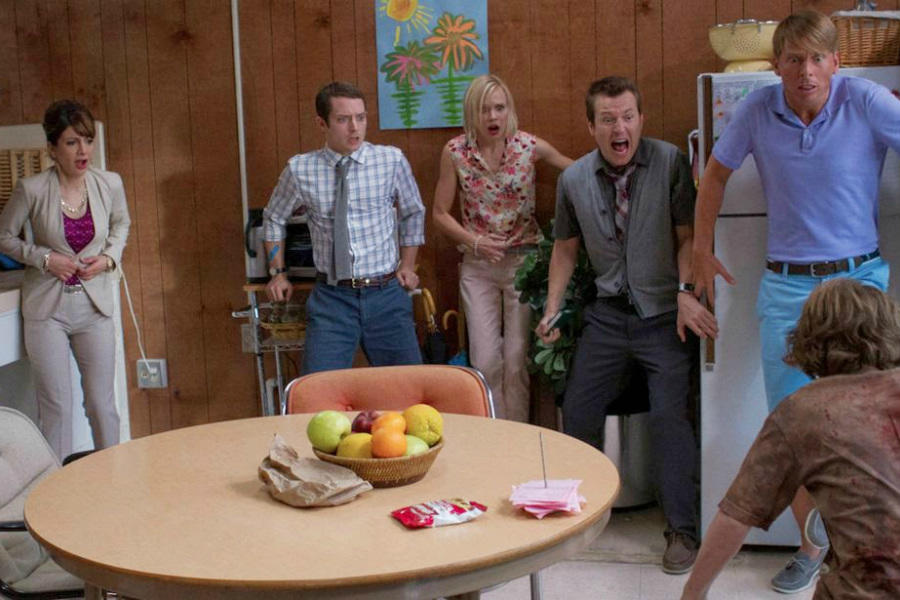 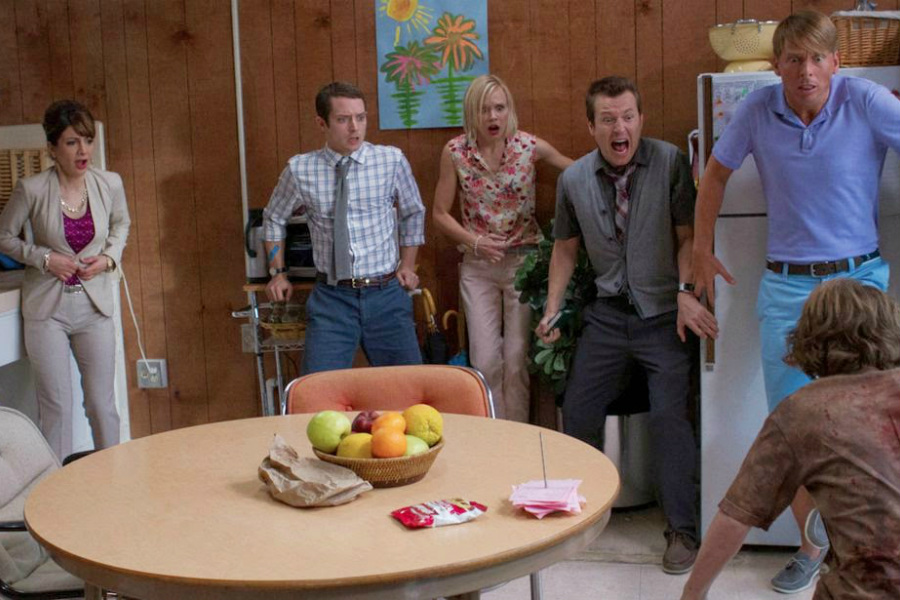 Elijah Wood leapt into the cinematic heavens with his finely turned performance as Frodo in the epic The Lord of the Rings trilogy. He became an actor at a young age, making his first appearance in Back to the Future Part II as "Video Game Boy." In recent years, he's added "producer" to his resume, focusing on genre movies. Horror fans know that he's demonstrated a knack for choosing good roles, as this brief look at his horror history reveals.

It's all fun and games for young Elijah and his cousin Macaulay Culkin, until the evil intent of one of the boys becomes blindingly, crashingly obvious to the other.

In Robert Rodriguez's smart sci-fi/horror movie, teenaged Elijah Wood discusses with Clea DuVall what may really be the source of a new menace at their high school.

After finishing his work as a hero in The Lord of the Rings movies, Wood turned toward the dark side for Robert Rodriguez, this time portraying a murderous cannibal named Kevin. (Beware: clip below is NSFW.)

As a serial killer with a penchant for cutting apart his victims, Wood is disturbing and terrifying, yet still, somehow, quietly charming.

In this elegant thriller, made in the suspenseful tradition of Alfred Hitchcock, Wood stars as a concert pianist with stage fright who is placed in a terrifying situation by a madman.

Wood became a producer in 2012, serving as executive producer for director Nacho Vigalondo's twisted thriller. The movie follows a worshipful fan (Wood) as he is pushed to his limits by a fiendish, unseen mastermind.

Wood's latest effort as both actor and producer is a horror-comedy that revolves around an elementary school where the children have been transformed into ravenous zombies. Wood leads his fellow teachers in the fight of their lives.