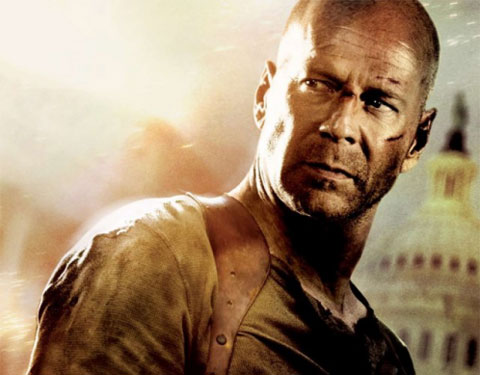 Oh, you didn't know they were making a fifth Die Hard movie? Yup. Fox loves franchises, and Bruce Willis digs action flicks. (He's also preparing for a sequel to Red.) But thanks to Deadline, we now know who'll be directing the further adventures of unlucky policeman John McClane: it's John Moore.The report indicates that other directors who were considered include Joe Cornish, Justin Lin, and Nicholas Winding Refn, but it seems that Willis took a shine to John Moore, and so it's back to the action mines for the man who directed that rather clunky adaptation of the Max Payne video game. And before that it was the lethargic remake of The Omen.

But before those two, Moore showed some serious promise as an action director with the basic but appealing Behind Enemy Lines and the surprisingly engaging remake of Flight of the Phoenix. With the right script (note: Die Hard 5 comes from the writer of Swordfish and Wolverine), Mr. Moore could reposition himself as a solid name in the action department. We'll find out soon enough; as Deadline reports, the production will begin shooting in Russia sooner rather than later.

Plot details are being kept quiet, but I'll just make something up: this cranky old cop kills a bunch of slimy villains. There will also be quips and sidekicks and probably one woman with dialogue.

'American Reunion' Teaser Trailer: The Gang is Back in This Photobooth Montage

'American Reunion' Teaser Trailer: The Gang is Back in This Photobooth Montage