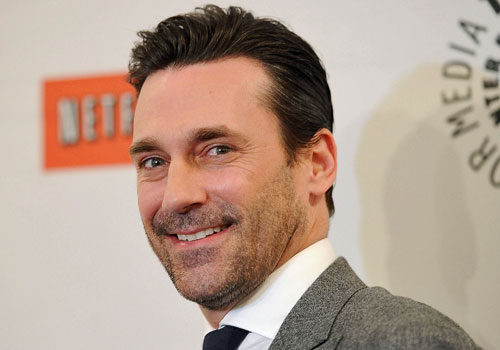 Jon Hamm has signed on to an untitled comedy being directed by Greg Mottola of Superbad fame. Hamm will play a nemesis to Curb Your Enthusiasm's Larry David. David will be playing a Larry David-like character in the partially improvised comedy. [Showbiz411]

Up until now, Rob Zombie's film career has consisted of horror movies from House of 1,000 Corpses and the two Halloween films to his upcoming The Lords of Salem. It seems Zombie is set to move away from the horror genre as he is attached to write, direct and produce Broad Street Bullies, a film based on the upstart Philadelphia Flyers who went on to win two Stanley Cup trophies in the '70s. Zombie says he's aiming at making something that resembles, "Rocky meets Boogie Nights on ice." You either just pictured Dirk Diggler in the boxing ring or Rocky Balboa, um, yeah. [Deadline]

The Muppets director James Bobin is set to direct Agent Zigzag, a spy caper based on a true story about a criminal who became one of the most notorious double-agents of WWII. He posed as German intelligence even though he was on the payroll for MI5. [Variety]

A new poster for Taken 2 has arrived and featured Liam Neeson plotting something. With a gun. 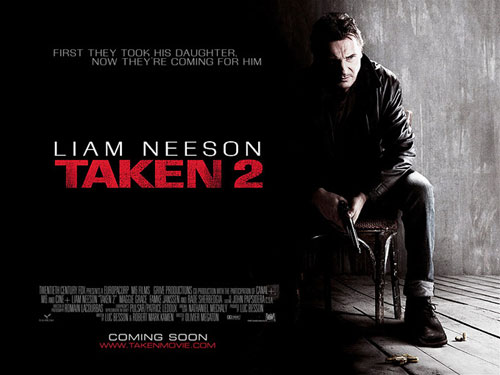 Daniel Radcliffe may appear in The Woman in Black sequel after all. Originally, when the sequel The Woman in Black: Angels of Death was first announced along with a plot that took place many years after the first film, it wasn't much of a surprise that Radcliffe wouldn't return. Now Hammer Films CEO Simon Oakes says there will hopefully be more than one sequel to the original film and that Radcliffe could make an appearance of some sort an Angels of Death. [SlashFilm]

Speaking of Radcliffe, here he is lip-syncing in a music video for Slow Club.

The rumor that Josh Hartnett would be the new Daredevil has been debunked. Also, the film will not be in 3D, that is, if they ever get around to making it. [SlashFilm]

The first poster for Searching for Sugar Man has arrived. The film opens July 27. 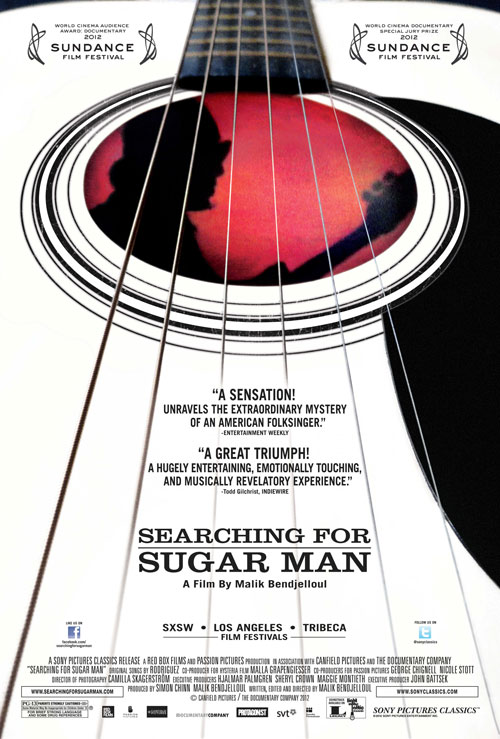 Game of Thrones is coming to Comic-Con. The popular cable series announced today that they will host a panel in Hall H on Friday at 3p. Additionally, True Blood will return to Comic-Con on Saturday in Ballroom 20.

Jason Schwatrzman and his scout troop from Moonrise Kingdom watch Moonrise Kingdom. If only we could make Robert DeNiro and Al Pacino watch their recent films, maybe they would start making good films again. [FunnyOrDie]

Late last week, the first poster for the horror film V/H/S arrived. Now, we get a red-band trailer courtesy of Yahoo. The film opens on VOD August 31 and gets a limited theatrical run on October 5 and follows a group of petty criminals hired by a mysterious person to retrieve a rare piece of found footage from a rundown house in the middle of nowhere. Check it out here.

Fresh off of Battleship, Peter Berg is now attached to direct an adaptation of author Buzz Bissinger's memoir Father's Day. The story chronicles the author's relationship with his son who has a serious intellectual handicap. Side note, Bissinger is Berg's cousin. [Variety]

Amber Heard has signed on to play the female lead opposite Liam Hemsworth in Robert Luketic's thriller Paranoia. Production begins next month and will release September 2013. [Variety]

10-year-old Ryan Gosling sings a few lines from Percy Sledge's "When a Man Loves a Woman" and busts a few moves to C+C Music Factory.

Finally, eh, who am I kidding, what could top mini-Gosling dancing? Maybe Nurse Jackie Chan (but only if he does his own stunts)? 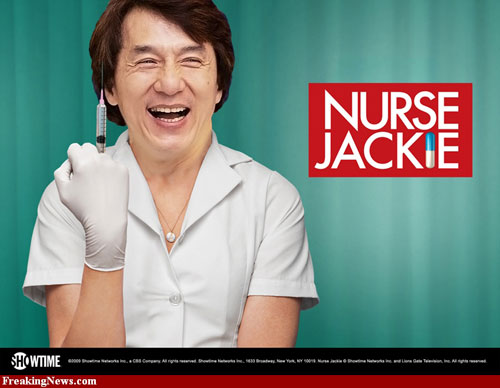