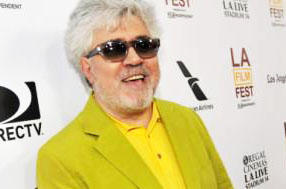 Cine Latino: Pedro Almodóvar, on Sex, Death and His Gayest Film to Date, 'I'm So Excited'; Plus, 'Instructions Not Included' Poster Premiere 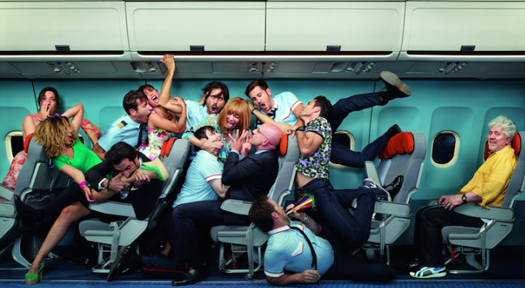 Cine Latino covers, well, all things relating to Latino culture and the movies, every Wednesday.

Pedro Almodovar's airplane comedy finally jets into theaters this weekend. I'm So Excited follows the zany and wacky stories of three flight attendants and a handful of first class passengers. During a press day in Los Angeles, Almodovar sat with select media outlets to talk about his latest film, which he calls a "tribute to the '80s in Spain."

Here are some highlights:

On the song choice and main characters:  "Since the very beginning, when I was writing the script, I knew I wanted that [Pointer Sisters song] for these flight stewards.  They are the three masters of ceremonies…and do everything to entertain the passengers. They are very queen-y, as you saw.  They like this type of song very much. "

On the title: "I’m So Excited is a very good title in English, because in English, you don’t have the double meaning that “passengers” has in Spanish, Italian and French, as far as I know.  In Spanish, a passenger is someone that travels and something that is fleeting, and their two meanings are important.  Also, in Spanish, “excited” or “exitado,” is something that implies someone is infused with excitement, but it also implies sexual arousal.  And that was the mood of the passengers and the flight stewards in the second half of the movie."

On themes of sex and death: "I think both sex and death are eternal themes.  Sex is one of the only gifts that nature gave you for free, so it is very important to celebrate it.  With death, we are condemned to that.  I tried to think about these two issues very freely.  With sex, I think I can manage with that.  With death, this is a more difficult theme for me.  I’m not a believer, even though I’m baptized.  I don’t practice.  I don’t believe in God, so I feel very alone facing death.  When I made Matador, I discovered is that the only way to recognize death is if you are part of life, if you are part of sexual pleasure, if you link it with sexual pleasure. 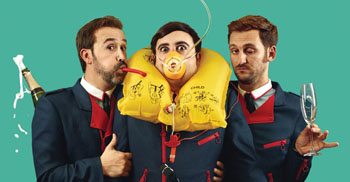 On his gay characters: "This is not the first time that there are gay characters in my movies, but I didn’t ask the actors to make anything more effeminate or flamboyant.  Also, to be gay is something very normal.  I mean, of course there exists flamboyant gays, but I was more interested in the story.  For me, whether they’re sexual or bi-sexual or transsexual or homosexual, it was not a big deal.  I deliberately, consciously wanted it to have very queeny gay people because it was much more fun.  I saw them as masters of ceremonies in a theater play, and then for them to be as flamboyant as they are, it was perfect for the story.  It’s funny because they are not gay, and they had to offer me different versions of being very effeminate.  They rehearsed [the choreography] for a month and a half."

On being a "nightmare" to work with: "I’m really a nightmare for the fashion designer because I take away all of his authority, and I become the authority, and I turn him into my assistant.  You could say I intervene, and I intervene in a very determining way in all the aspects that have to do with the visual construction of the film.  Once we actually have the production script after many rewrites, at that point is when I start to decide what the look and colors will be.  I work like a painter, even though I’m working in three dimensions.  I’m working with chairs.  I’m working with walls.  But even things like the floor or the walls that people might think are not important, they actually do influence the visual look of the film.

On movies he's dying to see this summer: "[Of] the American movies, there’s one that I wanted to see that recently opened.  Not After Earth.  Yes, The East.  Oh also, Into the Void and What Maisie Knew.  And, I’ll see the new movie of [Nicolas Winding] Refn that’s called Only God Forgives.  But not After Earth.

Largely known for his successful Spanish-speaking TV sitcoms in Mexico, Eugenio Derbez is tackling Hollywood one step at a time. Last year he co-starred with Eva Mendes in Girl in Progress and now returns to the big screen as the star and director of Instructions Not Included. Thanks to our friends over at Pantelion Films we have the exclusive poster premiere. The trailer premiered earlier today on our sister site Fandango Cine.

Here's the official synopsis: Valentin (Eugenio Derbez) is Acapulco’s resident playboy–until a former fling leaves a baby on his doorstep and takes off without a trace. Valentin leaves Mexico for Los Angeles to find the baby’s mother, but only ends up finding a new home for himself and his newfound daughter, Maggie (Loreto Peralta). An unlikely father figure,  Valentin raises Maggie for six years, while also establishing himself as one of Hollywood’s top stuntmen to pay the bills, with Maggie acting as his on-set coach. As Valentin raises Maggie, she forces him to grow up too. But their unique and offbeat family is threatened when Maggie’s birth mom shows up out of the blue, and Valentin realizes he’s in danger of losing his daughter- and his best friend. 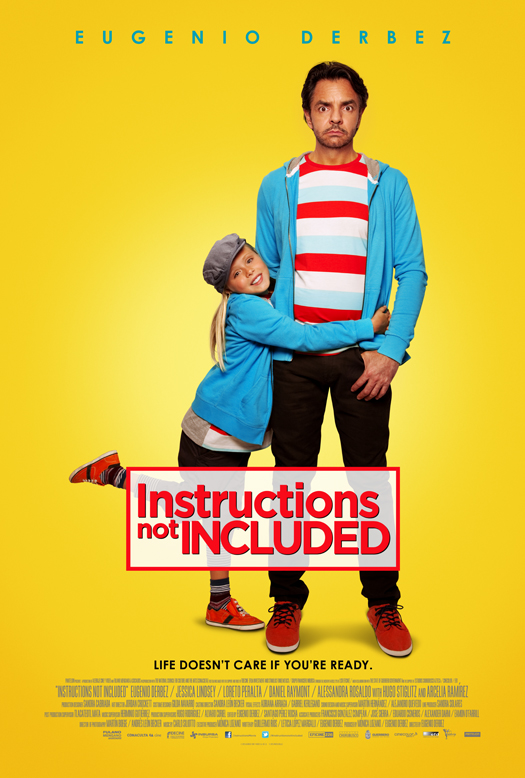