Charlie Sheen has joined the cast of Machete Kills, the sequel to Robert Rodriguez's 2010 Mex-ploitation flick starring Danny Trejo in the title role. Sheen will play the president of the United States according to a tweet sent out by Rodriguez which proclaimed: 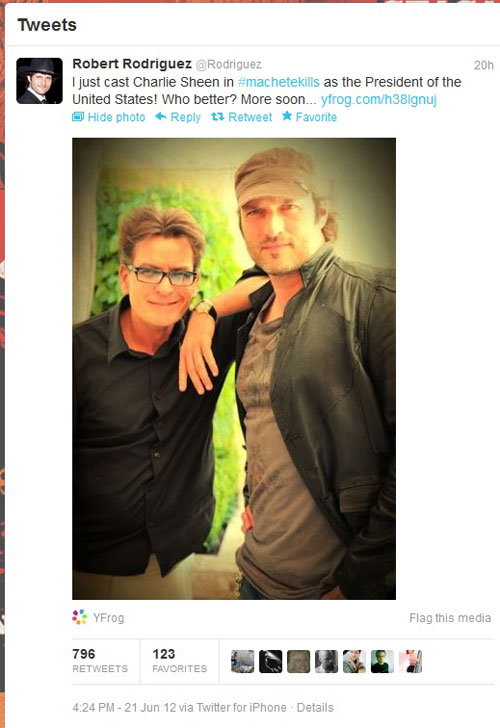 The news was followed by two pics of Jessica Alba posing with Rodriguez and Trejo on set, which you can see below. Machete Kills arrives in theaters next year and co-stars a diverse cast including Amber Heard, Mel Gibson, Sofia Vergara, Michelle Rodriguez and 2012 Oscar nominee Demian Bichir. Do you like the addition of Tiger Blood in Chief? 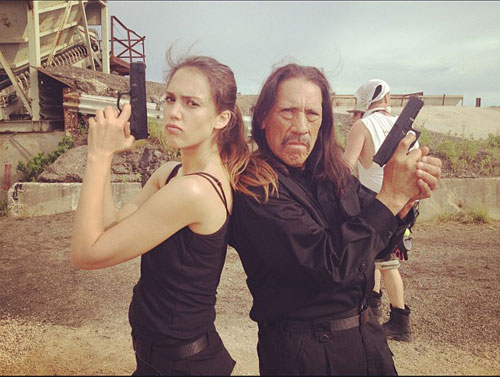 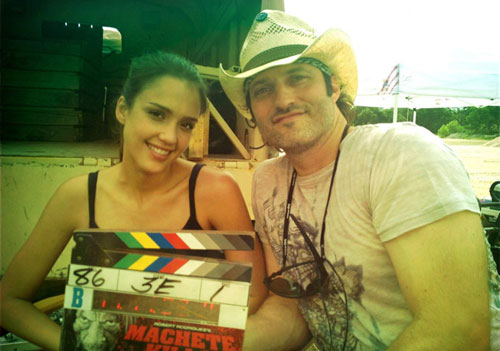