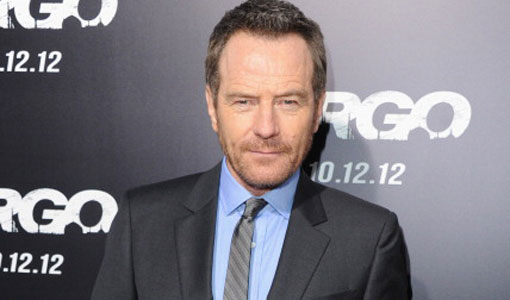 Argo tells the true story of how Tony Mendez (Ben Affleck) rescued six U.S. diplomats from Iran in the midst of the hostage crisis in 1979 by posing as a movie producer on location, and sneaking them out as his film crew. Hollywood visual effects artist John Chambers (John Goodman) and producer Lester Siegel (Alan Arkin) helped construct the fake movie. Affleck also directed the film, while Bryan Cranston co-stars as Mendez’s CIA superior, Jack O’Donnell. You can find a lot about the Argo mission, Chambers, Siegel and the real rescued diplomats, but little about O’Donnell. We would soon learn from Cranston himself about why that is.

Becoming a movie star is just the latest success Cranston has enjoyed. After a run on the hit comedy Malcolm in the Middle, Cranston reinvented himself as Walter White on the edgy drama Breaking Bad. The show has seven Emmy wins, including three for Cranston as leading actor, and movie offers like Drive, Total Recall and now Argo, which opens October 12. 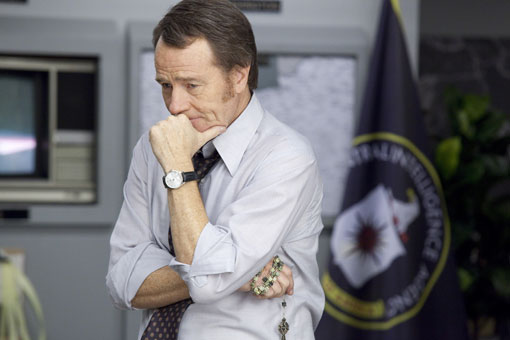 Fandango: Is Jack O’Donnell a real person and if so were you able to meet him, or is he a composite of other characters?

Bryan Cranston: He’s a composite character of CIA individuals that I was able to bring together into one.

Fandango: Besides the historical significance of the story, what does being the "suit" walking down the CIA halls and the briefing meetings mean to you?

Cranston: Well, it brought a level of authenticity to the filming. We were shooting right there in the CIA, indoors and outdoors. And the mystique that goes along with that, it just felt right. We were grateful that they allowed us to shoot there. And more personally, I was grateful that I was able to arrange interviews with several CIA officers there at Langley that helped me dissect the fact from fiction and to be able to find out what makes a man or woman want to do that line of work, and how do they withstand those pressures and how does it affect them personally at home? 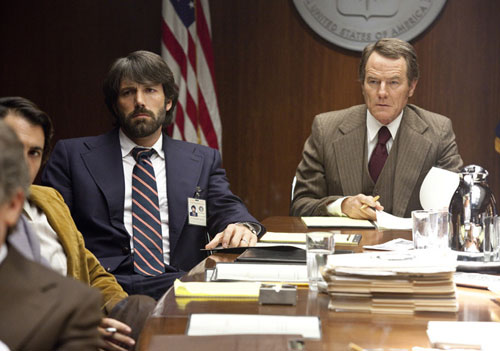 Fandango: You must do research like that for many different parts. What were the key informative things you learned from those interviews?

Cranston: I wanted to go after a more personal approach to them. Because the character was a composite, I didn’t have to ask questions like, “Well, what did Jack say? What was Jack’s point of view?” I was able to say, “How did you manage coming home from a mission, being gone for four months and not being able to communicate with your wife during that time, and coming home and not being able to communicate with her then? How can you do that?” One guy said, “Well, I didn’t do it very well. I was divorced twice.” Another guy says, “Well, I married a woman in the CIA and our daughter is with the CIA so it becomes ironically the family business.” I found that not too dissimilar from my line of work where I married an actor. She and I met on a show 25 years ago and we accept each other’s life and how that operates, how that works. It necessitates travel to foreign lands or kissing another person and not having it affect us in a negative way. So there are some similarities to the two occupations.

Fandango: Are John Goodman and Alan Arkin’s characters right about Hollywood when they make fun of it?

Cranston: Yeah. Hollywood is a dream land, right? There are people who come off the bus or the train or the planes or get out of their cars by the thousands every day in search of a dream. Some of them, because of the nature of it, are charlatans and frauds and hacks and no talents. They will by and large be exposed early on because in truth, that’s for the movies, that myth. What I found in 33 years of working professionally in this town is it’s about work. In the 14th hour when Ben is sweating and laying on his belly with a viewfinder trying to get the best shot, there’s nothing sexy about that. There’s nothing remotely big shot movie star about that. He’s a guy on his belly and he’s hungry. He’s trying to get a shot and he’s tired and we’re trying to get something done. It’s about the work and it pays off. You have a result like Argo and you look back and you go, “Well, all that hard work really means something. It’s an effective and a great movie experience.” 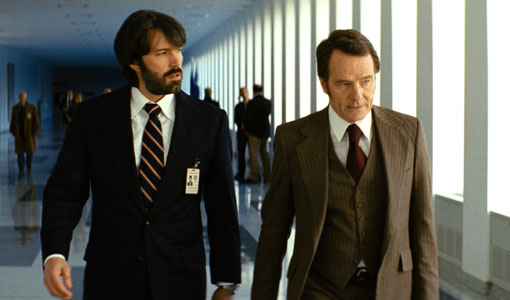 Fandango: Speaking of Ben’s vision for directing, how do you like to be directed?

Cranston: Ben has a great agile touch. I don’t mean that physically. A lot of the direction that Ben employed was through conversation and telling us where he felt the characters came to rise to the occasion, where he felt they may have faltered and that sort of thing. And we just discuss, we just shoot the sh*t. If there’s a little nuance, he might say, “Maybe pause a beat more between these two sentences. I’m going to cut away to the other guy on the phone and then back to you.” You discuss those things.

Fandango: How does it feel to actually be nearing the end of Breaking Bad?

Cranston: I’m so busy with promoting Argo and other film projects and other things that I haven’t really given it much thought right now. If you ask me in March, I’ll probably be able to tell you, but I anticipate that there will be tears shed and a lot of hugs and a lot of smiles and a lot of promises to stay together, a lot of looking back with fondness of a job well done. I couldn’t be prouder of Breaking Bad and the story we told.

Fandango: Have you kept up with Frankie Muniz in all his new endeavors?

Cranston: Yes. I’m in touch with all the boys and with Jane [Kaczmarek]. Again, like Breaking Bad, that was my family for seven years and I love those people. They’ll always be a part of my life. I’m very proud of Frankie. Now he’s pursuing a drumming career with a great band, Kingsfoil, and I’m interested to see him play in person now.

Fandango: When you talk about how Hollywood is about work, you’ve worked a lot. Do you have fond experiences of your Power Rangers episodes, voiceover on the Clerks cartoon or the Michael Dudikoff movie Strategic Command?

Cranston: There’s very few experiences that I don’t have fond memories of. Each time I took a job was for a specific reason. Either the character was great, the story was terrific or I needed the money to pay my bills. [Laughs]. You adjust that criteria over time.

'Hitchcock' Loves Him Some Murder in First Trailer

'Hitchcock' Loves Him Some Murder in First Trailer