Robert De Niro playing a former mobster is pretty badass in itself, but add Michelle Pfeiffer, Dianna Agron and John D'Leo as more-than-capable family members and the Blake family (they originally are the Manzonis, but they're in the Witness Protection Program) is one group you definitely don't want to mess with.

The Family arrives in theaters this weekend (get tickets here). The latest film from Luc Besson is executive produced by Martin Scorsese, features a cranky (does he have any other mode) Tommy Lee Jones and plenty of f-bombs and mob violence. We decided to see what other badass movie families are out there that could give the Blakes a run for their money.

First, a taste of De Niro and the Blake family:

That's one family you don't want to mess with. Here's are a few more we came up with: 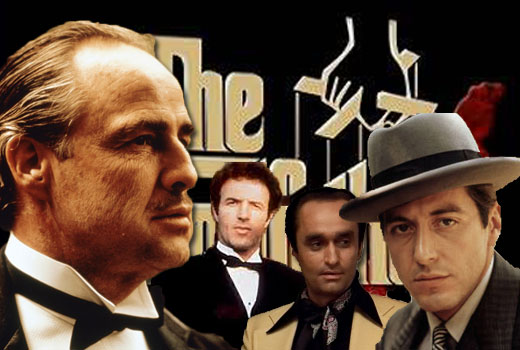 Badass Factor: They're inspired by the real-life Borgia family from Renaissance Italy of the late 15th century. Compared to the real-life Five Families of New York's Mafia scene, the Corleone family draws comparisons to the Bonannos, a crime family which was infiltrated in an FBI agent calling himself Donnie Brasco. Al Pacino starred as 'Lefty' Ruggiero in that movie.

How Would The Family Fare Against Them: It's mob family against mob family. The biggest difference here is that the Manzonis ratted out other Mafia families. The Corleones could easily recruit them and take care of business. 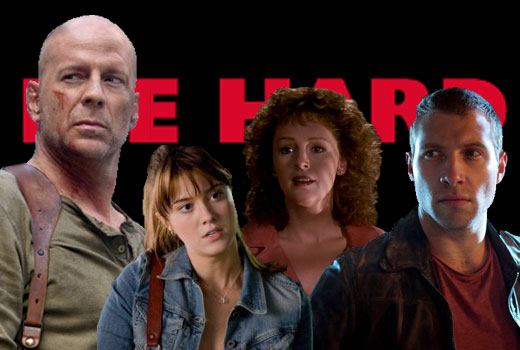 Badass Factor: Cats may have nine lives, but John McClane is operating on cheat mode (especially in the most recent installment). Transforming from unlucky police officer to a near-senior-age superhero, John McClane has killed off 71 bad guys thus far. His children Lucy and John Jr. carry on their father's tough, renegade spirit and their mom's ongoing turmoil with him.

How Would The Family Fare Against Them: If the McClanes would stop arguing with one another and work together, they could be a formidable foe for the Manzonis. That's a big if though, and because of their bickering, the edge would go to The Family. 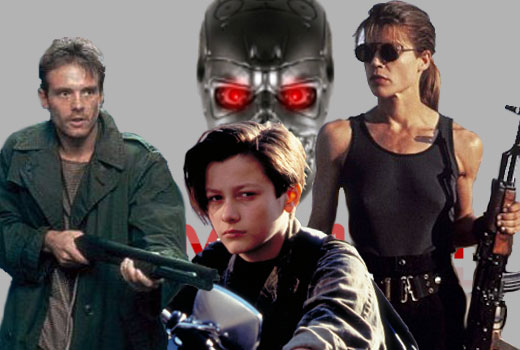 Who Are They: Kyle Reese, John Connor and Sarah Connor

Badass Factor: Linda Hamilton is badass enough, but add in a time-traveling Resistance fighter in Michael Beihn and together they create a strong duo... and John Connor. John played by Edward Furlong, would return in subsequent sequels portrayed by Nich Stahl and Christian Bale. Bale is the only actor to escape from playing the role without developing a substance-abuse issue.

How Would The Family Fare Against Them: Let's rule out time travel here since that would swing the confrontation too far into the Connor's favor. The Connors are tough, but the Manzonis would probably employ old-school mob tricks to get the upper hand... unless Schwarzenegger's T-800 is involved. Then all bets are off. 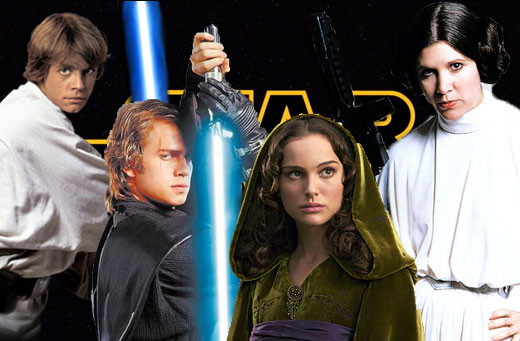 Badass Factor: The Force, the Dark Side and a ton of family issues echo throughout the six and counting Star Wars movies. Does it get any more badass than your dad being Darth Vader? No. No it doesn't.

How Would The Family Fare Against Them: Not very well at all. Even if you sideline Anakin, this confrontation would be over before the opening scroll of a Star Wars movie. 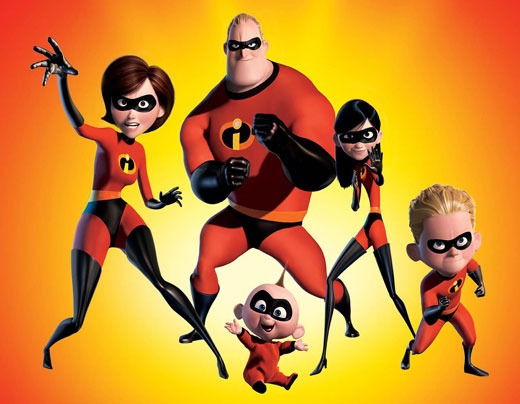 Badass Factor: They're a superhero family who could give most Marvel and DC superheroes a good fight. It's both amazing and disappointing that this film arrived in theaters almost a decade ago and there's still no sequel, yet we get stuff like Cars 2 and Brave. Here's hoping one of those untitled Pixar movies planned for 2017 and 2018 is an Incredibles sequel.

How Would The Family Fare Against Them: The Manzonis can't compete with a family gifted with superpowers. Much like the showdown with the Skywalkers, this would be over before the opening credits... unless the Manzonis can somehow get Syndrome involved. 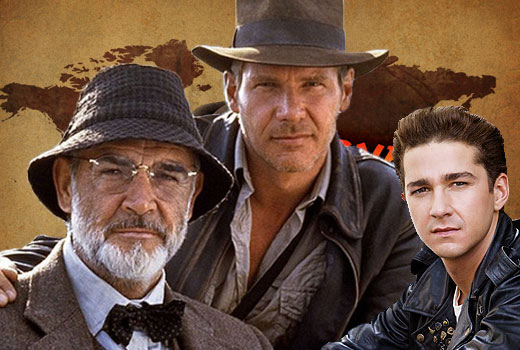 Badass Factor: Connery and Ford make a strong duo and even with LaBeouf's greaser character from the fourth Indiana Jones escapade, this is still a cohesive family. Plus, no one can crack a bullwhip like Indy.

How Would The Family Fare Against Them: This showdown would be a battle of wits, but one would think even with Mutt slowing them down, the Professor and Dr. Jones would find a way to topple The Family.

Badass Factor: They're brave, self-sacrificing and ready to throw down with any enemy. You may take their lives, but you'll never take... their freedom!!

How Would The Family Fare Against Them: If it's just the four Wallaces above against the Manzonis, then The Family wins. Old-school mobster double-crossing tricks would definitely be employed here and William Wallace's fate would probably end similarly to his outcome in Braveheart. 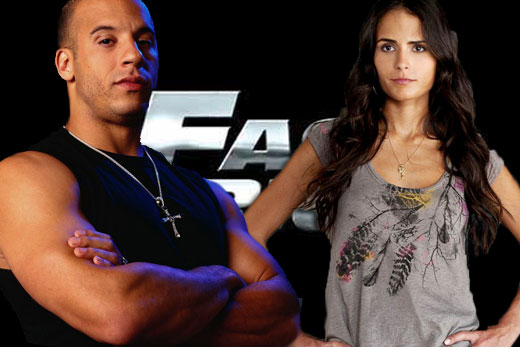 Who Are They: Dominic Toretto, Mia Toretto

Badass Factor: Master street racers and outrageous high-speed hijackers, they've been on the run for six movies. Their most recent escapade in Furious 6 found them using their skills for good but with new enemies around the corner, how long can Dom and Mia (and the rest of their crew) keep cheating death?

How Would The Family Fare Against Them: If this is a street race, not well. If you ditch the cars, the Manzonis come out on top... until Dom's crew catches wind of what's going down. Then the tables are turned and the Torettos walk out victorious. 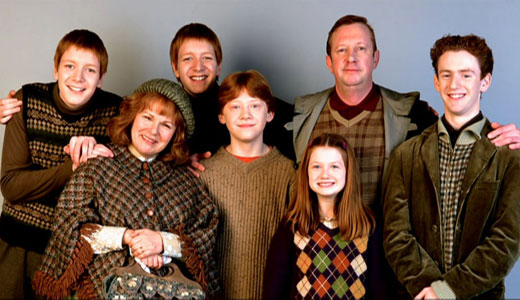 Badass Factor: A pure-blood wizard family, the combined talents of the Weasley family could take down almost any opponent. When you add Harry Potter, Hermione Granger and Fleur Delacour as in-laws, they're basically unstoppable.

How Would The Family Fare Against Them: Not that they'd ever use it on Muggles, but, "Avada Kedavra!" Done. Weasleys win. 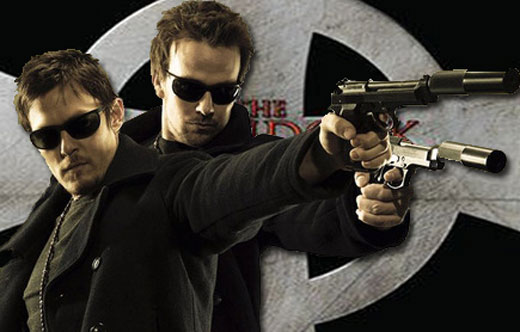 Who Are They: Murphy MacManus, Connor MacManus

Badass Factor: Before Norman Reedus was tending to a zombie invasion and Sean Patrick Flannery was playing a vice president in Stephen King's Dead Zone, they were the MacManus brothers, fraternal twins who set out to rid Boston of evil men operating within the city limits.

How Would The Family Fare Against Them: The Manzonis are just the type of people the MacManus brothers are targeting, but what happens when they run out of bullets? At least we know they can handle being handcuffed to a toilet. 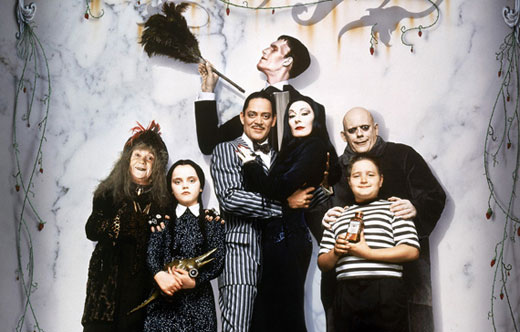 Badass Factor: Though they are a peaceful family, they can certainly hold their own in a showdown. Gomez is skilled in a number of types of combat, Morticia may be some kind of vampire, Pugsley is diabolical pyromaniac and Wednesday possesses a morbid fascination with trying to physically harm her brother.

How Would The Family Fare Against Them: Even if the children are busy harming each other, Gomez and Morticia could handle the Manzonis, with an assist to Thing because you know he'd stick his, um, thumb, into the matter. 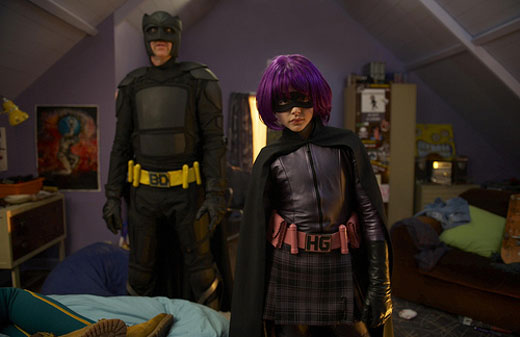 Who Are They: Damon "Big Daddy" Macready, Mindy "Hit-Girl" Macready

Badass Factor: The no-nonsense crime fighting duo lives to take out mobsters like The Family. Trained in the use of multiple weapons and fighting styles, Big Daddy and Hit-Girl are one of the best duos in the business.

How Would The Family Fare Against Them: The Manzonis don't stand a chance here. Even if we're stripping each side of weapons, this fight is over before the marshmallows melt in the Macready's hot chocolate. 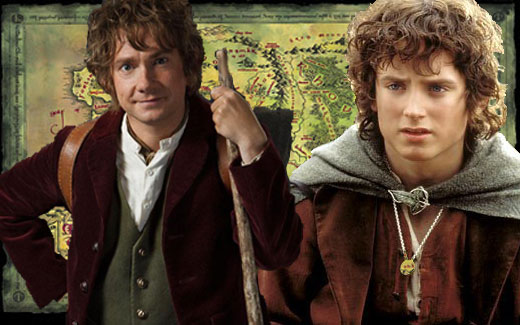 Who Are They: Frodo Baggins, Bilbo Baggins

Badass Factor: Yes, we could trace the entire Baggins family tree throughout the Tolkien universe, but the main two people casual movie fans know are Bilbo and Frodo. They can walk days on end while being hunted by enemies and having Gandalf in their corner certainly helps.

How Would The Family Fare Against Them: To make this fair, lets sit Gandalf, the dwarves and elves and that precious ring in the corner. The Family would probably win this skirmish, but they'd have hell to pay afterward.

Are there any other movie families out there that you think might put up a good fight with The Family?

The Cast and Crew of 'Into Darkness' Land at the Endeavour; Plus Win 'Star Trek' Stuff

The Cast and Crew of 'Into Darkness' Land at the Endeavour; Plus Win 'Star Trek' Stuff