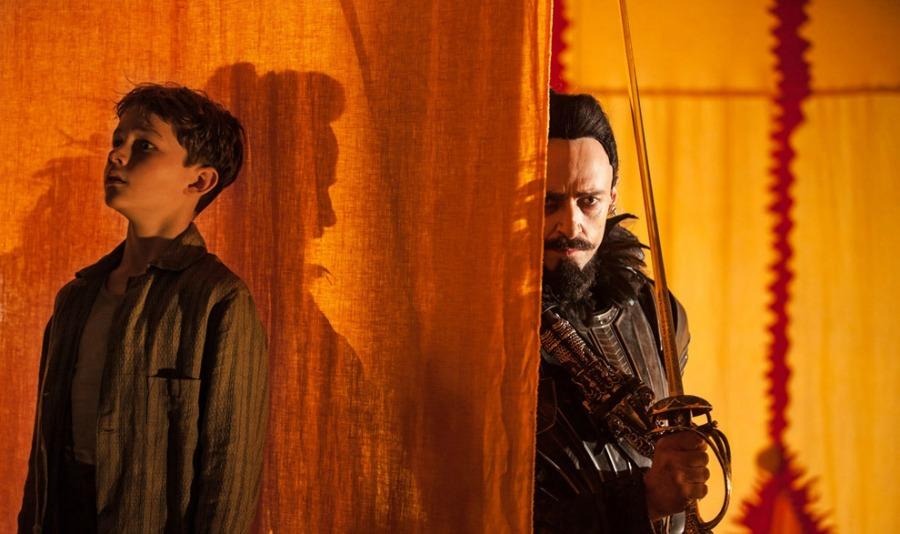 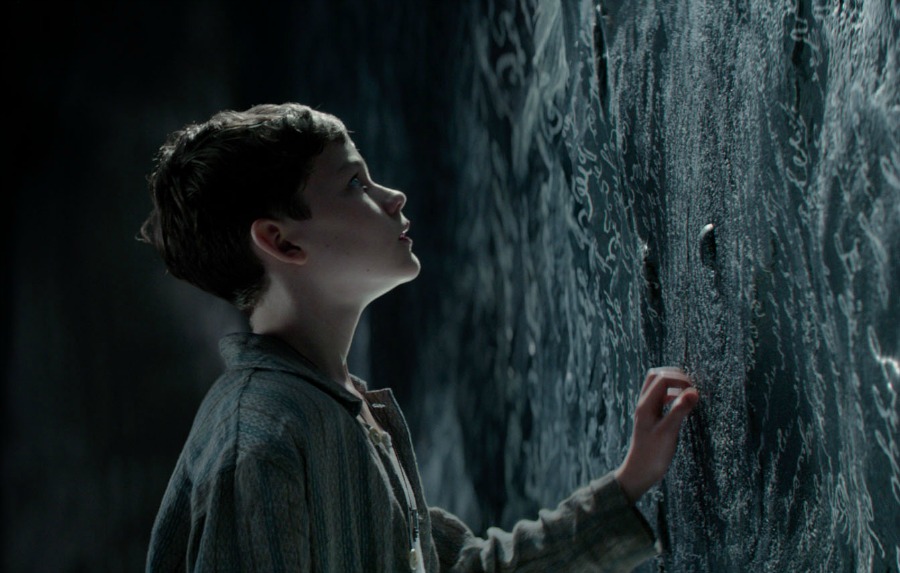 There's a brand new Peter Pan story arriving in theaters on October 9, and it's unlike any you've heard before. That's because Pan will follow the tale of how a boy named Peter became...well, Pan. From the moment he was swept off to Neverland to his battle against the evil Blackbeard, this wildly imaginative and colorful tale will reveal the origin stories of all your favorite Peter Pan characters.

We rang up Pan director Joe Wright (Atonement, Hanna) to find out why this version of the classic story is going to be the most magical one yet.

5 Things Director Joe Wright Wants You To Know About Pan 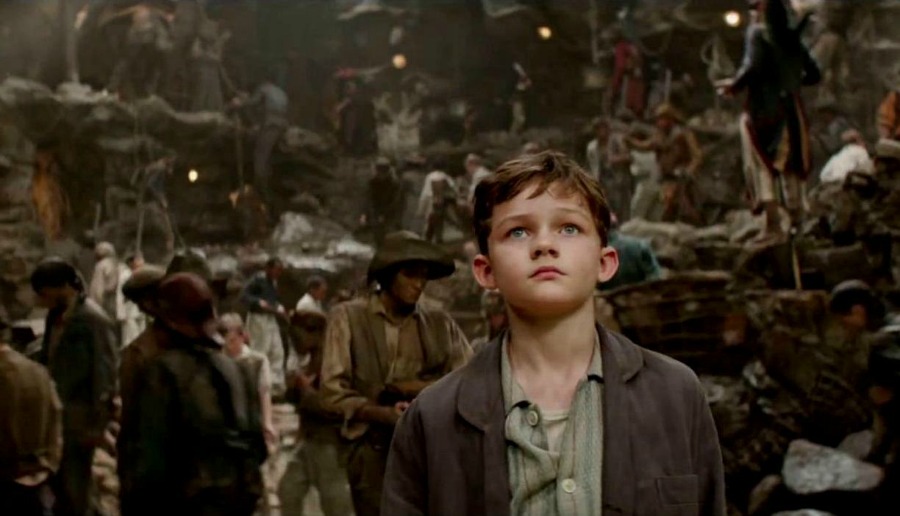 Wright's parents owned a puppet theater when he was little, and in many ways Pan is a chance for him to revisit a part of his own personal history.

Joe Wright: My parents had this puppet theater for children when I was growing up, but with my own movies for some reason I always shied away from that area of entertainment. Now that I have kids of my own, I thought this would be something I'd be really interested in doing. So in a way it's like I'm returning to my roots.

2. It's a big action-adventure story that feels more handmade

Thanks to his experience building sets and creating costumes from scratch at a young age, Wright wanted to make sure he brought that handmade quality to Pan as well.

Wright: It's a full-on fantasy fairytale, and it has the kind of vivid impact of some of those [puppet] shows we put on growing up. We lived in a house, which was next door to the workshop, which was next door to the puppet theater. And as much as loving the shows themselves, I really loved the workshop, where we got to make the puppets and the costumes and paint the scenery. There was always this wonderful handmade organic quality to what you produced. That's something I'm always trying to bring in to my movies, and I certainly did with this one.

3. Pan is a lot like the original J.M. Barrie tale

One thing Wright points to in describing the movie is the original story and characters created by J.M. Barrie back in the early 1900s, which he says Pan borrows a lot from.

Wright: Really. [the movie] is this kind of fantasia based upon the original J.M. Barrie style. It's about how Peter Pan became Peter Pan, and watching it will feel like a very free and fantastical dream. And it's a huge leap forward for me, at least in technical terms. What I set out to do was make a great action-adventure for my own kids that ticked all the boxes --  for it to be exciting, thrilling, and yet deliver a story with great heart and emotion. And I think we achieved that.

4. How old your kids should be to see Pan 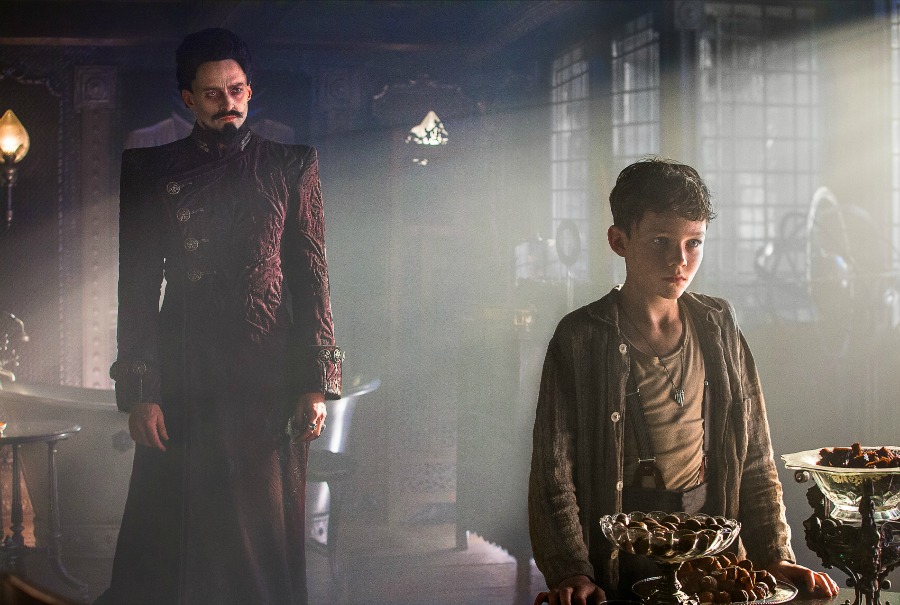 Wright stresses that this film really is for everyone, though some parents may want to draw a line due to some dark imagery and characters. So where should that line be drawn, according to the director?

5. Is this the beginning of a new franchise?

While he's cautious to promise additional sequels, Wright does confirm there's a lot more of this story to tell... assuming audiences want it.

Wright: I'm sure the studio would like more, but really it's up to the audience. If the audience responds and feels like they want more, then certainly there's a much bigger story to tell here.

All your favorites are here, be it Peter, Hook and Tiger Lilly, but because this is an origin story expect to see versions of them you're not necessarily familiar with.

We asked Wright to tell us one thing about each character. Check it out.

Little Levi Miller (seen above... with Tinkerbell?) was plucked from obscurity and handed the iconic role of Peter Pan. This is his first feature-length movie. On why Miller was chosen of the hundreds of kids they looked at, Wright says...

Wright: He's a very real kid, and he has an undeniable light in his eyes. He's an extremely fine young actor with a wonderful spirit, and his Peter is a wonderful creation.

What's fascinating about this version of Hook is that we meet him before he becomes the iconic villain with that gnarly Pan-hatin' hook. In fact, in this movie he's a good guy... and get this -- you'll like him.

Wright: [Hook] is a good guy that hopefully audiences are invested in. He's certainly out there for himself, and he has some shadows to his character, but in this movie he befriends Peter and they go off on an adventure together. So that relationship is quite different from the original.

So will we see Hook's big transformation into Captain Hook?

Wright: Not yet, no.

Wright: Blackbeard fulfills the original Hook shoes for his movie. He's perhaps more evil [than Captain Hook], and he has some ambitions for Neverland domination. He's quite complicated, too. I find the characters in Barrie's book are strange and weird, and I tried to bring some of that to the depiction of Blackbeard.

Not only does she wear some of the film's more colorful costumes, but according to Wright, this version of Tiger Lily is quite the badass.

Wright: For audiences -- and especially for young women -- Tiger Lily can do anything, really. She's fierce, she's a great warrior, and she has extraordinary athleticism. There's a tremendous fight sequence towards the end of the movie between her and Hugh Jackman's Blackbeard where she really gives him some. She's just great.

Pan soars into theaters on October 9. Check out the trailer below.