History is built on a pile of ruined friendships and bitter hatreds. Seriously. Nothing motivates someone to achieve greatness quite like the desire to defeat their fellow man. Conflict is the spice that keeps our lives interesting.

Of course, it's also what keeps movies interesting.

Ron Howard's Rush tells the story of Formula One racers James Hunt and Nick Lauda, two bitter rivals whose fierce personal competition was so thrilling that no one would believe it if it were invented for the screen. In honor of this exciting tale making its way to the big screen, it's time to look back at some other amazing real-life rivalries that have managed to make it into the movies. Some of these beefs shaped industries. Some modified the face of sports. Some changed the world. And now, thanks to film, they've been preserved forever. 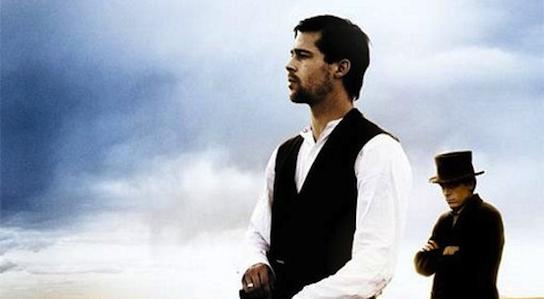 The Movie: The Assassination of Jesse James by the Coward Robert Ford

The Competition: If anyone thinks that celebrities and obsessive fanboys are a recent development, they should look to the story of career criminal Jesse James and the man who killed him. As seen in the remarkable The Assassination of Jesse James by the Coward Robert Ford, the young Ford was an admirer of James, but his affection was not returned, leading to a relationship that was contentious at best and murderous at worst. This isn't a rivalry based on two evenly matched and skilled opponents, but a rivalry about a weak man doing everything in his power to match his hero when he's not acknowledged. The greatest tragedy of it all is that James never really seems to know that there's a rivalry between them -- the bitter competition strictly comes from Ford's end. 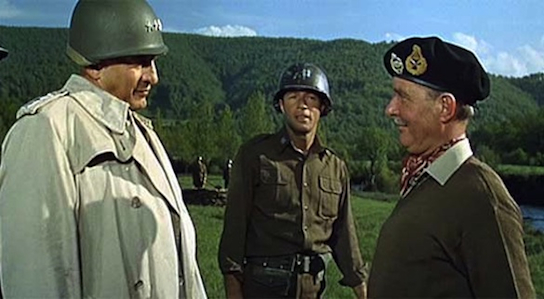 The Competition: Although Patton covers the entire World War II campaign of George Patton, one of the film's strongest and most memorable sequences details the American general's rivalry with the British general Bernard Law Montgomery. After Patton's plan for the invasion of Sicily is rejected in favor of Montgomery's operation, the war-loving Patton does everything in his power to outshine his English rival. Defying orders, he speeds up his end of the campaign, racing Montgomery's troops to the capital city of Palermo and the strategic port at Messina. In his rush to gain glory before Montgomery, Patton loses the trust of his men, culminating in an infamous scene where he abuses and threatens a shell-shocked soldier. 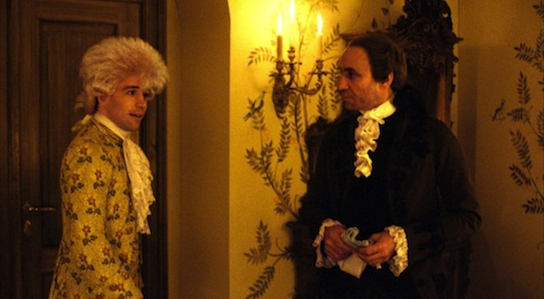 The Competition: Unlike the rest of the films on this list, Amadeus is barely grounded in fact, using real life figures to tell a largely fictionalized story. However, the rivalry at the heart of the film is so powerful that many people have mistaken it for fact. Although many scholars do believe that classical composers Wolfgang Amadeus Mozart and Antonio Salieri did not get along, the film pushes this strained relationship even further. The cinematic Salieri is a mediocre talent who has found great success. However, he's doomed to have excellent taste and is continuously aware that the less respected Mozart is better than he will ever be. The result is a tale that's only slightly historically accurate but emotionally on point, exploring how bitterness and envy between two rivals poisons and destroys their lives and taints their legacies. 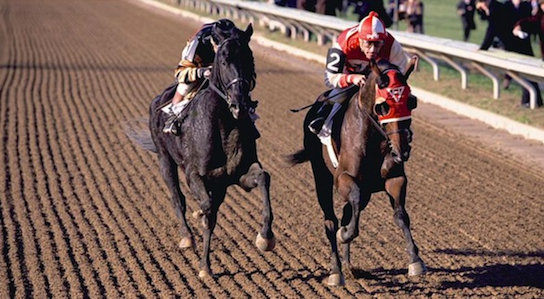 The Rivals: The underdog racehorse Seabiscuit and the world famous racehorse War Admiral

The Competition: Major movie rivalries based on actual events aren't just for human beings, you know. Although the film Seabiscuit sees the titular horse winning over the nation with his many surprise victories at the racetrack, the film really hinges on his big final race with War Admiral, the highest ranked horse in the sport. Of course, it's kind of impossible for two horses to actually be rivals since they're not even aware of each other's existence until they're on the track, but try telling that to your heart. Any actual rivalry exists between the human jockeys and owners, but it doesn't make it any less satisfying to watch these beautiful beasts finally go head-to-head in the film's final act. Seabiscuit's rise to glory is one of the few inspiring stories to come out of the Great Depression but he wouldn't be remembered if we hadn't anthropomorphized him and War Admiral juuust enough to imagine that their race was personal. 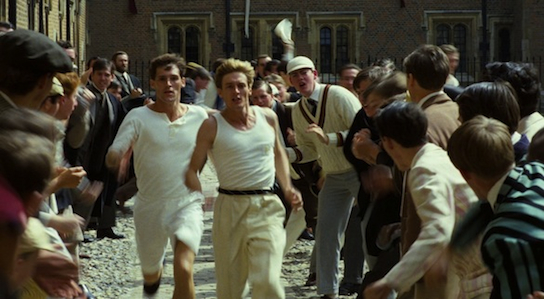 The Movie: Chariots of Fire

The Competition: Many stories about rivals see one opponent clearly triumph over another. Others see them destroy each other. In Chariots of Fire, Eric Liddell and Harold Abrahams emerge from an early rivalry to become two of the 20th century's most notable athletes. Although they're both competitive runners, they both compete for very different reasons -- Liddell races to honor God, Abrahams to battle anti-Semitism. When the two first race against each other early in the film, the result is what looks like the beginning of a rivalry between the two runners. However, a longterm rivalry is nipped in the bud when Eric and Harold are selected to represent Great Britain in the 1924 Olympic games. The result is another one of those sports stories that would be impossible to believe if it weren't based on fact. 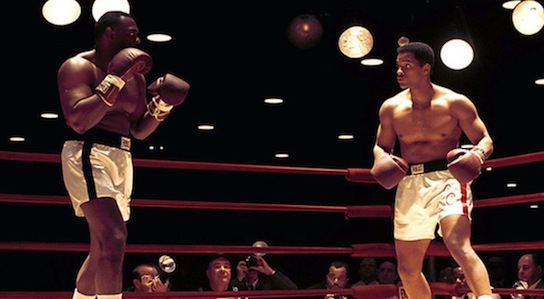 The Rivals: Muhammad Ali, the greatest boxer of all time... and everyone else

The Competition: It's impossible to discuss great rivalries in history without bringing up Muhammad Ali, which means it's impossible to discuss movie rivalries without bringing up Ali. Unlike everyone else on this list, the world-famous heavyweight champion of the world didn't have a beef with one person -- he had a beef with every single person who posed even a slight threat to his status as the Greatest. In the film, we see him battle Sonny Liston, Joe Frazier and George Foreman in the ring, treating every fight as if it's a matter of life and death. If anything, the film tones down Ali's career. Were the film to feature every boxer who had a serious beef with him, it would be 10 hours long. 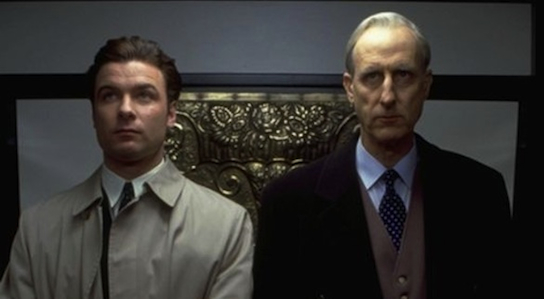 The Competition: OK, this was a TV movie but still -- rivalries in media don't get bigger than this. What happens when one of the most ambitious filmmakers of all time makes a movie criticizing one of the most powerful men in the United States? You get the events of RKO 281, which tells the story of how director Orson Welles faced the wrath of media mogul William Randolph Hearst, who rightfully assumed that Citizen Kane was based on him. With the wealth of countless newspapers behind him, Hearst fought to have Welles' masterpiece buried forever, leading to one of the greatest cases of an unstoppable force meeting an immovable object in entertainment history. Of course, the fact that Citizen Kane is widely seen and beloved today lets you know how this one ends, but there have been few Hollywood showdowns as epic as this one.


Did we miss anyone? Tell us in the comments below, and check out Rush in theaters Friday.