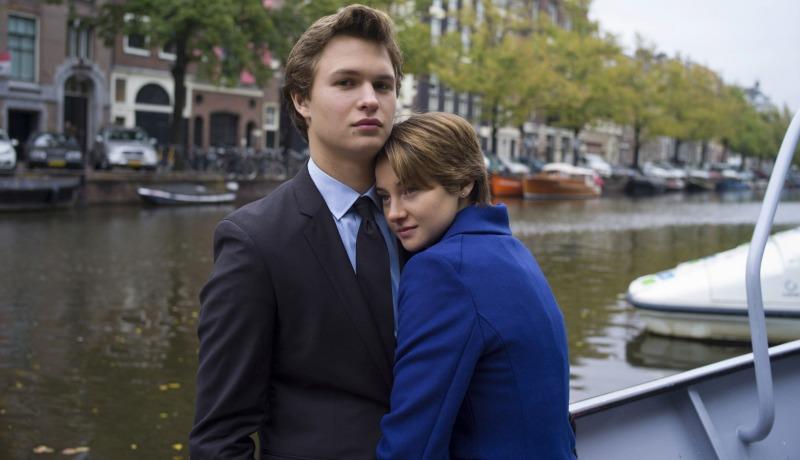 10 Reasons Why We Love Shailene Woodley

At the age of 22, Shailene Woodley has already accomplished quite a lot, but between Divergent and The Fault in Our Stars, 2014 is bound to mark her biggest year yet. Here are 10 reasons to love this breakout star.

She Worked Her Way Up

After scoring short runs on shows like The O.C. and Crossing Jordan, Woodley led The Secret Life of the American Teenager for five seasons, received an Independent Spirit Award nomination for The Spectacular Now and earned a Golden Globe nod for her work in The Descendants.

She Isn’t Afraid to Speak Her Mind 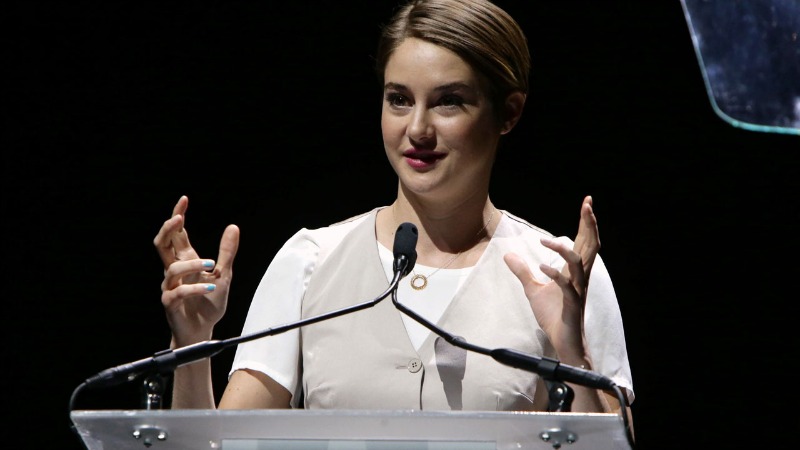 Woodley is a woman of conviction. She once told The Daily Beast, “Labels are for other people to understand us, so for me, I know how I feel and I don’t need to call myself a ‘feminist’ or ‘not a feminist’ because I know what my truth is.” 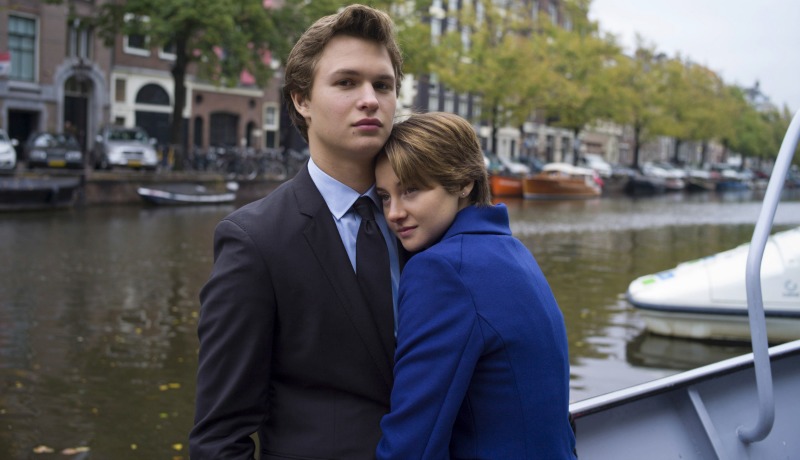 The Fault in Our Stars’ Ansel Elgort holds Woodley in the highest esteem. He told Vulture, “She’s honest with people; there’s no BS and she’s not fake. She’s a real friend because of that to me.”

When Woodley scored the lead in Divergent, she consulted with someone with megafranchise experience first: Jennifer Lawrence. “We both believe in having fun and still telling the truth. We’re not fashion girls, but we play the game. And we both care deeply about being actors.”

She’s Got the Ultimate Wake-up Routine

Woodley doesn’t just roll out of bed and head off to work. In fact, she does the exact opposite. “I scream very loudly, ‘Good morning! Good morning!’ And then I scream out, ‘Exciting day! Exciting day!’ I feel like it completely sets the mood for the whole day.”

She Brings Homemade Lunches to Work 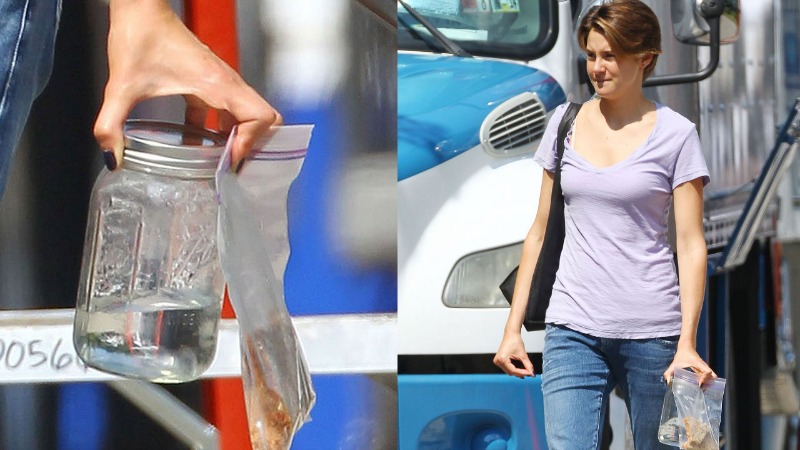 While on the set of The Fault in Our Stars, Woodley was spotted carrying a homemade lunch and a mason jar, likely filled with her drink of choice, mountain stream water she collects herself.

She Makes Her Own Toothpaste, Lotions and More 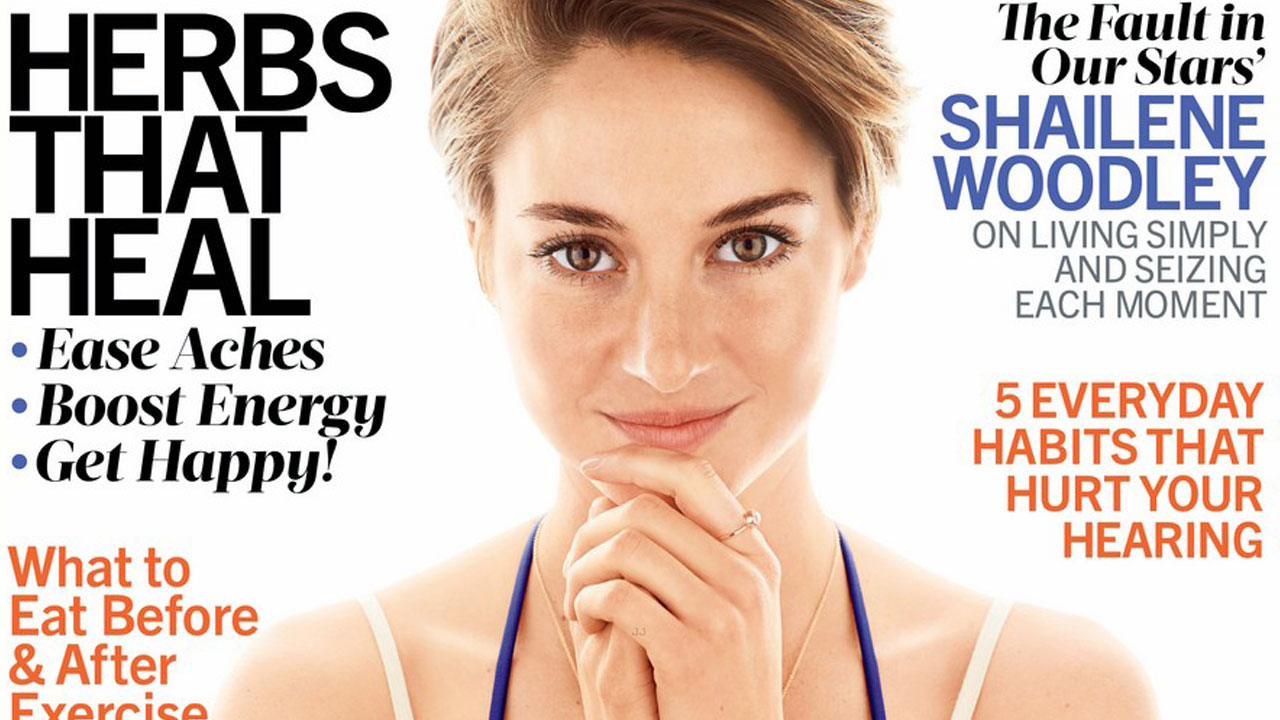 Rather than stock her cabinets with the hottest products money can buy, Woodley opts to make her essentials herself. “I make everything from my own toothpaste to my own body lotions and face oils.” Woodley even bypasses the doctor and makes medicine herself, too!

She Doesn’t Have a Cell Phone

Not only does Shailene Woodley not own a smartphone, but she doesn’t even own a cell phone, period! She insists, “I'm talking to people more than I've ever talked to in my life because I no longer have that crutch. The more you get away from all the technological buzz, the more freedom you have." 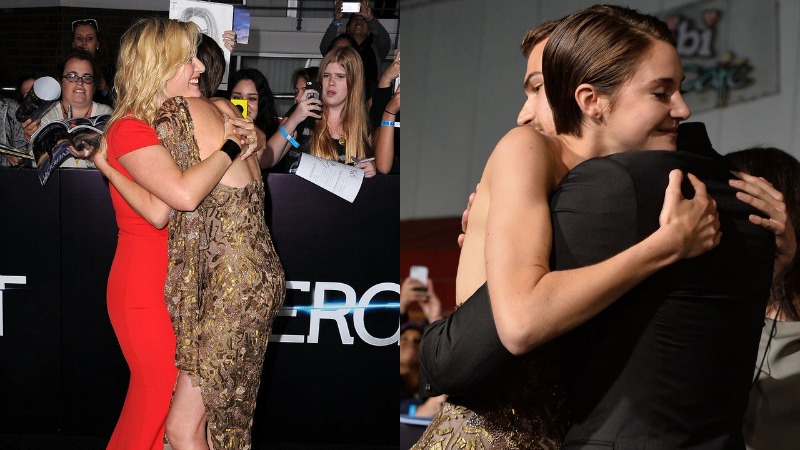 Woodley doesn’t just hug her close friends and collaborators; she heart-to-heart hugs them. The Fault in Our Stars author John Green recalled sharing a regular hug with Woodley after which she insisted on hugging a better way - with their hearts touching. [photo via PopSugar]

She Can Kick Butt and Make You Cry

Woodley nailed going from Abnegation-born to fearless Dauntless initiate in Divergent, but that’s not all she’s got. Come June 6, Woodley will unleash a stunning combination of love and heartbreak in The Fault in Our Stars, and it’s bound to open the floodgates.