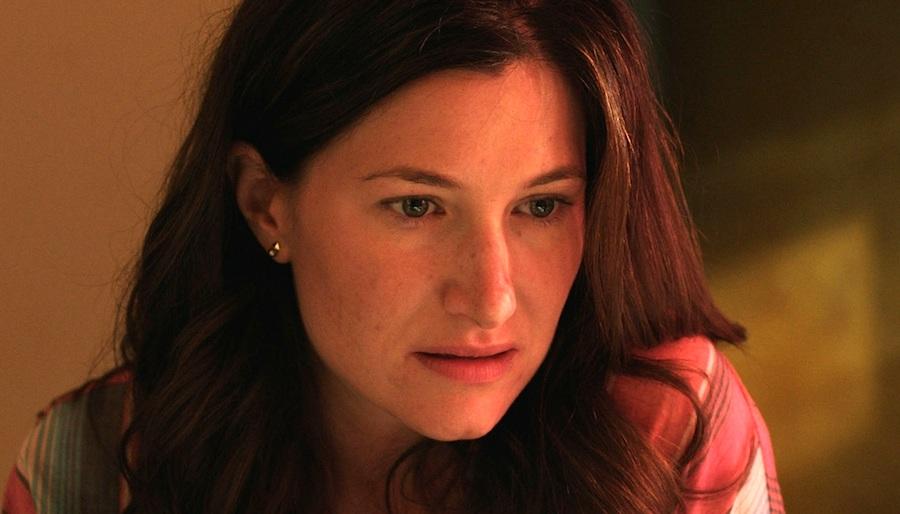 Kathryn Hahn is a constant presence, which is a good thing. Whether comedy or drama, we’re always glad to see her in a recurring role on a TV series or popping up in a movie. Already this year she’s appeared on three television shows and in three films. This month, the actress can be seen in the latest from M. Night Shyamalan, The Visit, and even if it didn’t look like a creepy-fun return for the Sixth Sense director, we’d be excited for her part alone. Here are 10 reasons why we’re such fans:

1. She got her start working with squirrels

In the fourth grade, the Ohio native was cast as one of the few human actors on a Cleveland-based children’s show called Hickory Hideout. Her costars included animal puppets like “Know-It-Owl” and “Bucky Beaver,” but the two leads were squirrels named “Nutso” and “Shirley Squirrely.” Hopefully she wasn’t paid in acorns.

Rather than continue the child-actress route, Hahn followed a normal academic path, doing plays in high school and studying theater at Northwestern University before getting her master’s degree from the prestigious Yale School of Drama. There, she starred as the lead in Cabaret and in a 2000 production of Moliere’s The Misanthrope, seen here:

3. Her big break was tailor-made and lasted longer than planned

Right out of Yale, while performing at a theater festival, she was discovered by an NBC casting director and brought on board the drama series Crossing Jordan in 2001. Trouble was, there wasn’t a part for her, so producer Tim Kring wrote one in. Her character, Lily Lebowski, was only supposed to last a few episodes, yet Hahn wound up doing more than a hundred more over six seasons.

4. She almost worked at Dunder Mifflin

Can you picture her as Pam on The Office? She is one of many now-famous people who auditioned for the popular documentary-style sitcom and didn’t get the part. It’s fun to imagine an alternate universe where she wound up starring opposite Adam Scott, who was up for the part of Jim. See their tryouts here:

Hahn and Scott didn’t wind up playing a couple on The Office, but they did work together on a number of TV shows and movies, including the NBC documentary-style show Parks and Recreation and comedy Step Brothers, in which they play a married couple (watch them nearly die in the clip below). Other actor pals she regularly works with include Jennifer Aniston, Jason Bateman and Paul Rudd.

6. She gives speeches in her friends’ honor

While it seems obvious that many of her regular costars love her as much as we do, her loyalty to them in return is evidenced by a speech she gave in Aniston’s honor when her Wanderlust and We’re the Millers costar received a star on the Hollywood Walk of Fame. The sentiment sure hit its mark.

7. She’s still with her college sweetheart

One costar who definitely liked having her around is Ethan Sandler, whom she met at Northwestern more than 20 years ago and married in 2002. They first shared the screen in her film debut, 1999’s Flushed, then brought their offscreen romance over to Crossing Jordan playing a married couple. See them get silly in the NSFW Funny or Die short Razzle Dazzle Part 2:

8. Her kids made their on-screen debuts before they were even born

Hahn and Sandler have two children, and she managed to work both pregnancies into her acting gigs. The first was written into Crossing Jordan as their characters’ child together. The second made it into a stint she did on the show Hung, doing her first-ever nude scene with a nearly full-term belly. Now at least one of the kids seems destined for an actual acting career, as Hahn hinted at recently on The Late Late Show with James Corden:

9. She does an interesting impression of the Stay Puft Marshmallow Man

In addition to her acting work, she’s always a delight just being herself on talk shows and game shows. This year she made an appearance on Celebrity Name Game, where she was tasked with imitating a series of tall people – and things.

10. She was far and away the best part of Tomorrowland

It fizzled at the box office, but Tomorrowland isn’t a total waste of time. As usual, the funny lady shines bright in a scene-stealing role as an evil robot who co-owns a memorabilia shop with Keegan-Michael Key.  Check out a viral video showcasing their cartoonishly fun characters here: