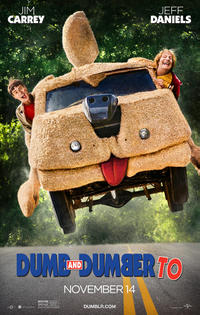 Looking for movie tickets? Enter your location to see which movie theaters are playing Dumb and Dumber To near you. 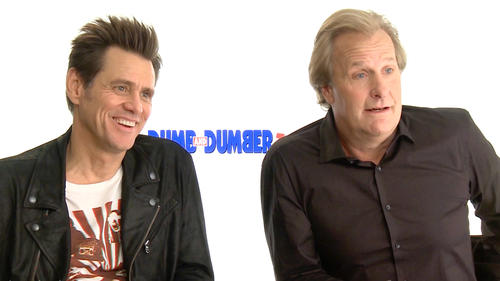 Which movie's right for you this weekend? Dumb and Dumber To? Beyond the Lights? Fandango Chief Correspondent Dave Karger breaks them down with a little help from Jim Carrey and Jeff Daniels.

Dumb and Dumber To Synopsis

Jim Carrey and Jeff Daniels reprise their signature roles as Lloyd and Harry in the sequel to the smash hit that took the physical comedy and kicked it in the nuts: Dumb and Dumber To. The original film’s directors, Peter and Bobby Farrelly, take Lloyd and Harry on a road trip to find a child Harry never knew he had and the responsibility neither should ever, ever be given.

See Full Cast + Crew for Dumb and Dumber To

What Parents Need to Know

Purposely crude, over-the-top sequel lives up to its title.