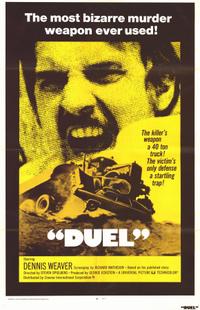 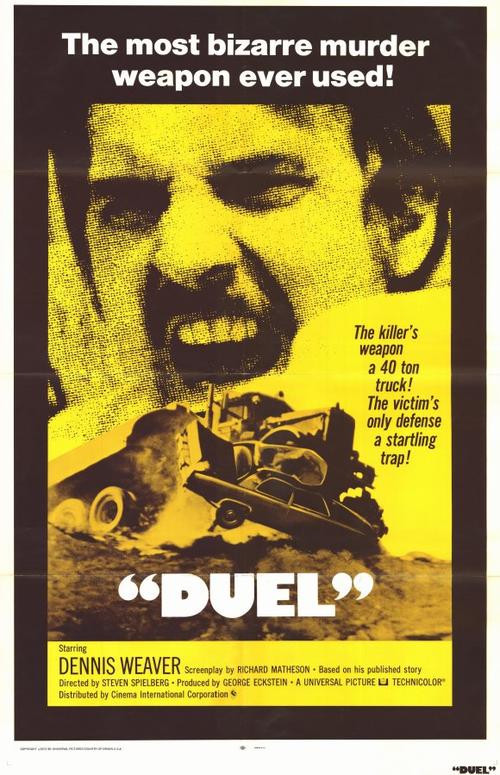 DUEL, 1971, Universal, 88 min. Dir. Steven Spielberg. Originally broadcast as a television film (and later expanded for theatrical release), DUEL stars Dennis Weaver as a businessman crossing a stretch of deserted highway who finds himself terrorized by a malevolent, unseen truck driver. Nerve-wracking suspense and superb action in the best MAD MAX vein, from 25-year-old gunslinger Steven Spielberg. THE CAR, 1977, Universal, 98 min. Dir. Elliott Silverstein. A wildly deranged shocker about a mysterious black car given to mowing down anyone in its path. It soon dawns on desert town sheriff James Brolin that the homicidal car has no driver and may, in fact, be a satanic entity! One of our favorite guilty pleasures from the 1970s. With John Marley, Ronny Cox and R.G. Armstrong.