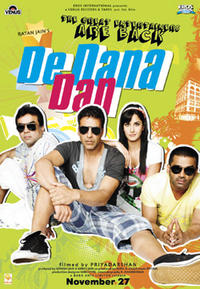 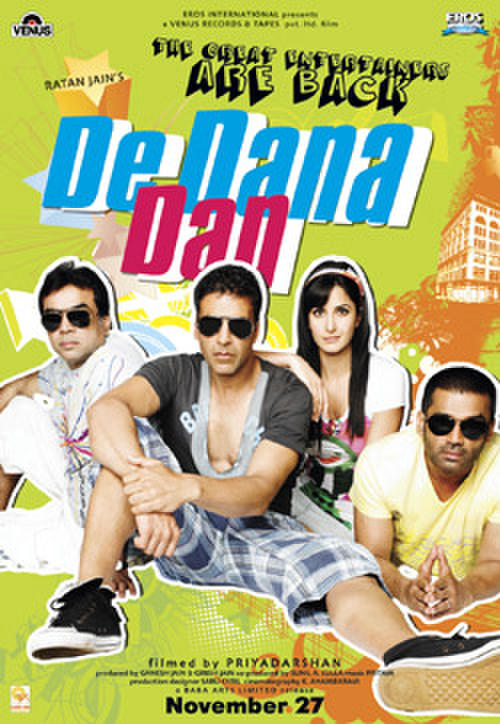 Two broke best friends + their rich girlfriends desperate to marry them + the girl’s respective fathers desperate to marry them off elsewhere + a bankrupt businessman who is getting his useless son engaged to every heiress in town to pay off his debts + assorted characters like a Chinese don, a hired assassin, a rich bitch, an ACB officer, a club dancer, an ambassador, a young frustrated wife, a letch, a drunken waiter, a dead body nobody wants and above all….Moolchandji – the most pampered dog in the world….enjoy their antics in De Dana Dan….Throw in a kidnapping, mistaken identities and mistaken room numbers; an assassin on the prowl, a wedding….relish the mayhem in De Dana Dan. Multiple stars….Multiple madness…Multiple laughs…only in De Dana Dan.