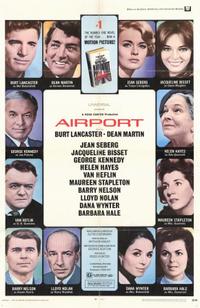 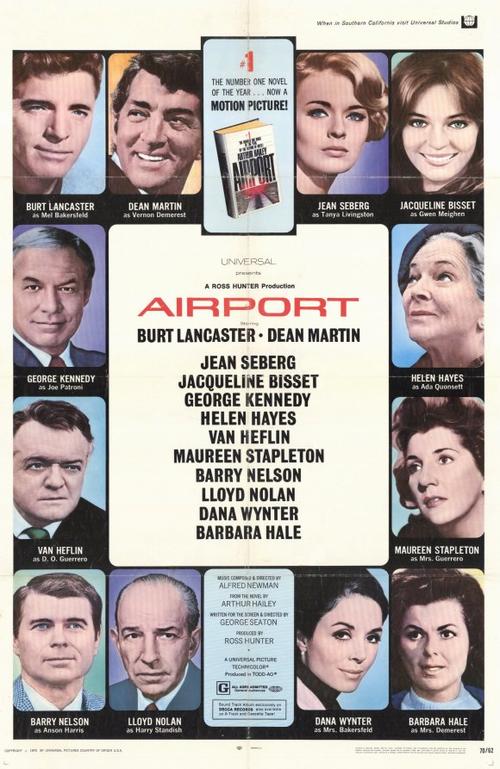 AIRPORT, 1969, 1970, Universal, 137 min. Dir. George Seaton. The success of this film launched a wave of 1970s disaster movies. Featuring an all-star cast including Burt Lancaster, Dean Martin, Jean Seberg. Jacqueline Bissett, Helen Hayes (who won the Supporting Actress Oscar for her performance) and more, the story revolves around a Chicago airport manager trying to keep things running during a snowstorm, as a suicidal bomber plots to blow up a Boeing 747.<br /> AIRPORT 1975, 1975, Universal, 107 min. Dir. Jack Smight. When a 747 is rendered pilotless after crashing into a smaller plane, the control tower needs to figure out how to get someone aboard who can fly the jet. Charlton Heston and the ever-reliable George Kennedy struggle to save such passengers as Helen Reddy, Linda Blair, Gloria Swanson and Sid Caesar. Introduction by Mark Carlson, who will sign his new book, Flying on Film - A Century of Aviation in the Movies, at 6:30 PM in the lobby.