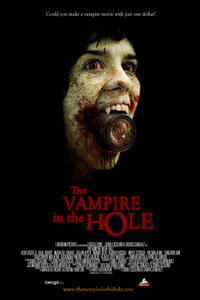 Looking for movie tickets? Enter your location to see which movie theaters are playing Vampire in the Hole near you.

Vampirism is a newly discovered viral illness whose initial stages spread as quickly as the flu.. May has just turned seventeen and has become infected. She is the only vampire in her family and her neighborhood and, as such, her life changes dramatically. In her daily surroundings she is now seen as a monster: kids throw stones at her and she is bullied at work. However, May tries to adapt by following the rules and norms set by the government on infected citizens who wish to fit back into society. Opinion is divided about what should be done with the “infected”. Should one accept them, or reject them? And this division foreshadows a future war where racism and intolerance will inevitably hasten the definitive rift between humans and vampires.