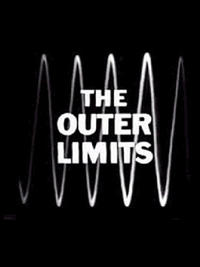 Looking for movie tickets? Enter your location to see which movie theaters are playing The Outer Limits near you.

Experience the awe and mystery that reach from the inner mind to “The Outer Limits” with two episodes of the classic sci-fi TV series: “Demon With a Glass Hand” (1964, 51 min. Dir. Byron Haskin) Trent (Robert Culp) has no memory of his past - or why his hand is a computer lacking some fingers. To solve the mystery, he’ll have to find the missing digits - which are being held by a race of aliens trying to kill him. Writer Harlan Ellison’s second “The Outer Limits” episode earned the WGA Award for television anthology scripts. “Soldier” (1964, 51 min. Dir. Gerd Oswald) Harlan Ellison adapted his short story “Soldier From Tomorrow” to open the second season of “The Outer Limits.” A warrior (Michael Ansara) from the distant future appears on Earth and begins to assimilate, until his enemy arrives in pursuit.