The Decameron / Salo, Or The 120 Days of Sodom Synopsis Favorite Theater Button 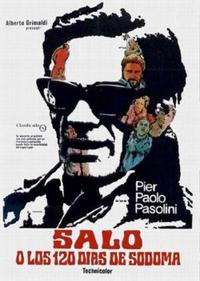 Looking for movie tickets? Enter your location to see which movie theaters are playing The Decameron / Salo, Or The 120 Days of Sodom near you.

<p>THE DECAMERON, 1970, MGM Repertory, 111 min. Dir. Pier Paolo Pasolini. Based on Giovanni Bocaccio’s classic novel, the first film in Pasolini’s "Trilogy of Life" established the raw, visceral feeling of the series, using gorgeous period locations, mixing professional and non-professional actors, and combining equal parts poetry, social satire, slapstick and bawdy sexuality into a unique living tapestry.</p> <p>SALO, OR THE 120 DAYS OF SODOM, 1975, MGM Repertory, 117 min. Dir. Pier Paolo Pasolini. Be prepared, SALO is not for the weak of heart. The polar opposite of the "Trilogy of Life," SALO depicts with cold precision the sexual and psychological atrocities visited on 16 young men and women, held hostage by a group of depraved nobles at the end of WWII. Pasolini based the film on a notorious book by the Marquis de Sade, but shifted the locale to the town of Salo, where Pasolini’s brother was killed during the war.</p>