Side by Side Synopsis Favorite Movie Button 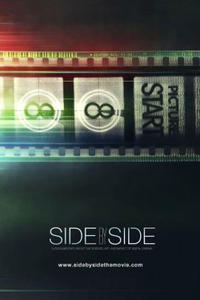 Looking for movie tickets? Enter your location to see which movie theaters are playing Side by Side near you.

Join Keanu Reeves on a tour of the past and the future of filmmaking in SIDE BY SIDE. Since the invention of cinema, the standard format for recording moving images has been film. Over the past two decades, a new form of digital filmmaking has emerged, creating a groundbreaking evolution in the medium. Reeves explores the development of cinema and the impact of digital filmmaking via in-depth interviews with Hollywood masters, such as James Cameron, David Fincher, David Lynch, Christopher Nolan, Martin Scorsese, George Lucas, Steven Soderbergh, and many more.