Rise of the Planet of the Apes Synopsis Favorite Theater Button 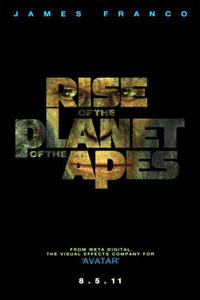 Looking for movie tickets? Enter your location to see which movie theaters are playing Rise of the Planet of the Apes near you.

Will Rodman (James Franco), a scientist in San Francisco, is experimenting with a drug that he hopes will cure his father's (John Lithgow) Alzheimer's disease. After his work is deemed a failure, Will becomes the guardian of Caesar, an infant chimp who was exposed in-utero to Will's drug. Caesar displays unusual intelligence, and Will decides to continue his experiments secretly. But as Caesar's intellect and abilities grow, he comes to represent a threat to man's dominion over Earth.