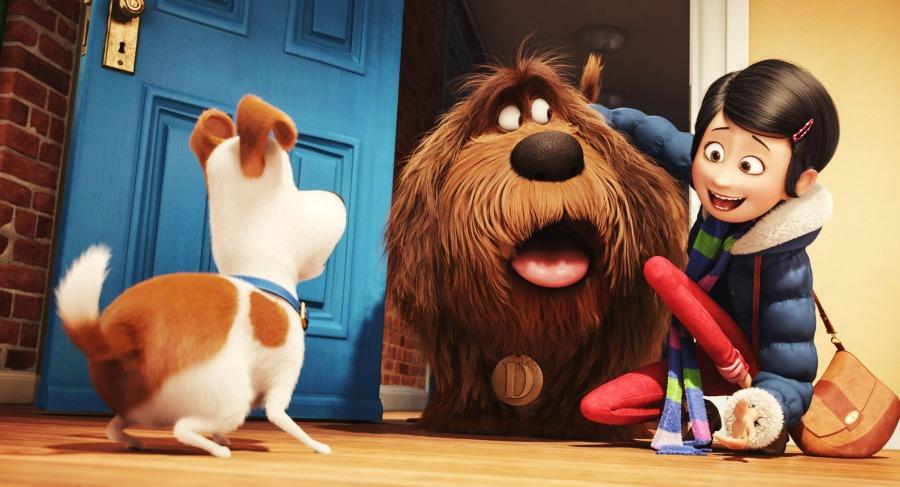 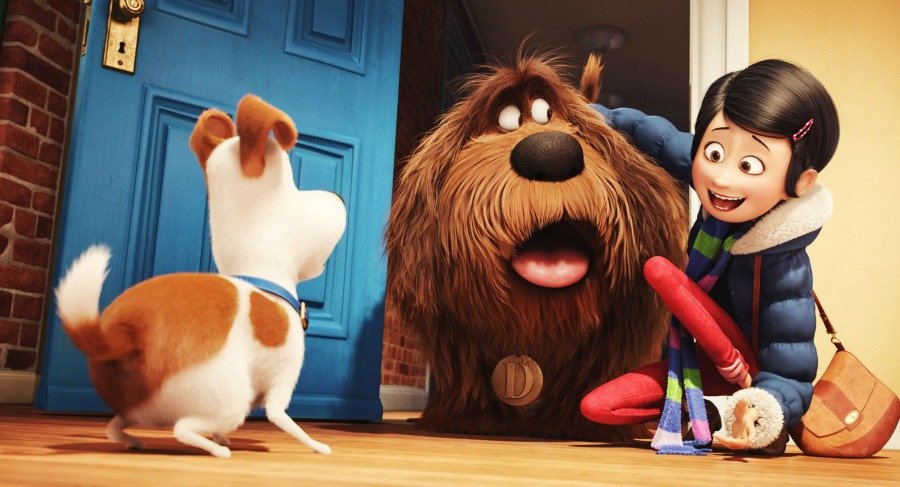 Sometimes, the messages in children’s movies can be a little heavy-handed. But that’s not the case with The Secret Life of Pets. Instead, this movie goes for laughs over lessons and steers clear of the “teachable moment.”

The story follows “tiny dog” Max, who is the one and only pet of Katie, the owner he adores. When she brings home “a brother” for him – an enormous dog named Duke – Max tries to figure out a way to get rid of him. Upon realizing Max’s plan, Duke schemes to get rid of Max and, as these things go, they both end up fighting for survival on the streets of New York.

This animated film is ripe with the kind of animal comedy found on YouTube – cats miscalculating a landing and butt-sniffing dogs who are easily distracted – as well as humor from imagining pets throwing wild parties while owners are out. While those kinds of laughs play particularly well with little kids; other parts of the movie may be a bit scary for them.

First, The Secret Life of Pets is much more bloodthirsty than expected. Max and Duke meet with a gang of animals: the Flushed Pets, animals whose owners tired of them. The abandonment fuels the rage of the gang leader, psycho bunny Snowball (voiced with zeal by Kevin Hart). Max and Duke gain the trust of Snowball by lying, saying they killed their owner. Snowball’s mission: “death to humans," is stated over and over through the film. These references don’t tonally match up to the cute and funny style of the film, which makes them all the more jarring.

There are other times when the movie’s humor seems better suited for adults. That includes a fantasy sequence where our two canine heroes are in an absolute pleasure dome: surrounded by tasty meat, or as they call it, “a sausage party.” Little kids may not get the gag, but their parents certainly will, and they’ll also hope that their kids don’t repeat the reference.

As far as rude behavior little ones will catch, well, there are a lot of poop jokes. Little kids love body humor (as do plenty of adults) and after all, this is a movie about dogs.

Although The Secret Life of Pets doesn’t delve deeply into messages, parents could certainly use this movie to open a dialogue with their children, and talk about the joys of adopting pets of all ages. In fact, this is a useful conversation should your child be nagging you for a puppy or kitten – and don’t you be surprised if that begging begins after he or she sees this film.

Overall, that’s The Secret Life of Pets’ secret weapon: it’s a movie that demonstrates the love between owner and pet, no matter what.

Check out Fandango's Mom's Movie Minute for another mom's take on the movie.

John Cho Reveals Sulu Is Gay in 'Star Trek Beyond'

John Cho Reveals Sulu Is Gay in 'Star Trek Beyond'