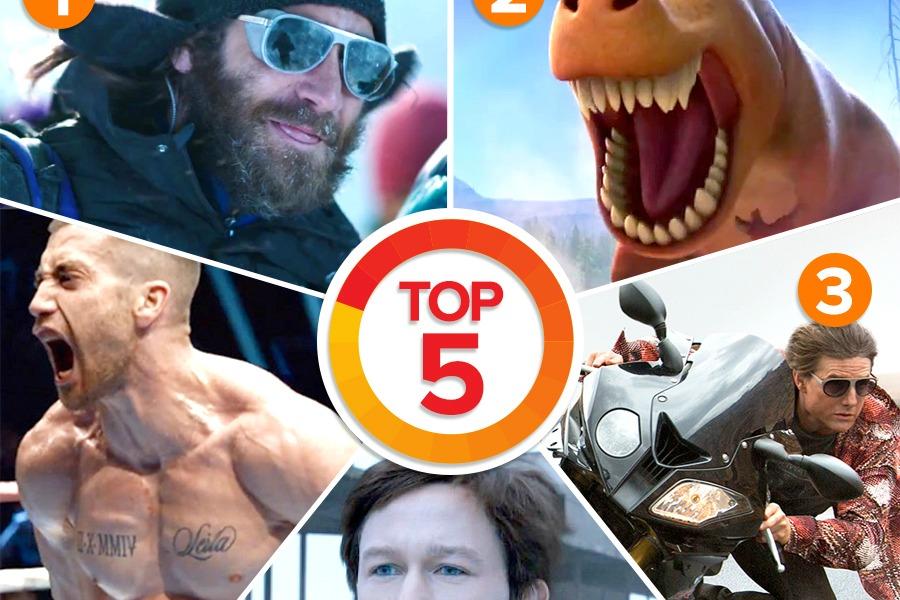 From mountain climbing to tightrope walking to motorcycle riding, this week’s top trailers are perfect for you adrenaline junkies out there. Watch them below and give us your comments.

Click on the image below to watch the newest trailers 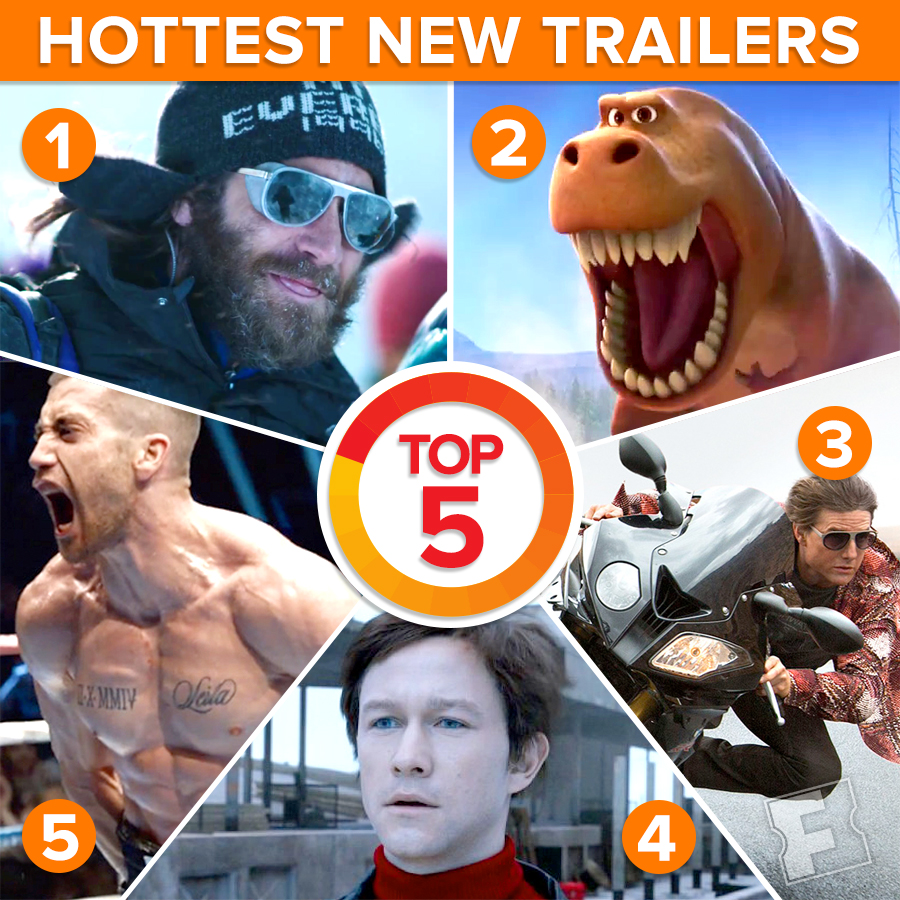 Based on true events, Everest stars a tremendous ensemble cast (Jake Gyllenhaal, Josh Brolin, Jason Clarke, among others) as they risk their lives climbing Mount Everest only to encounter a storm that's taking no prisoners. Expect lots of snow and tons of... whoa!

Pixar's second original movie in 2015 will tug at those prehistoric heartstrings as it tracks the relationship between a dinosaur and a little boy. This is the dinosaur movie that will make you go awwww.

Tom Cruise dives underwater, races a motorcycle and grabs hold of an airplane as it takes off all in the span of under three minutes. Guess you can say he had us at, "Holy cow, how in the world did he do that?!"

Joseph Gordon-Levitt tackles a French accent as real-life tightrope walker Philippe Petit in this stomach-churning tale about a man's attempt to walk between the Twin Towers of the World Trade Center back in 1974. Conquer your fear of heights by watching the new trailer below.

Jake Gyllenhaal with killer ripped muscles? Check. Jake Gyllenhaal pulverizing dudes with his fists? Check. A new boxing classic? Take a look at the latest trailer below and see for yourself.

Click below to watch the trailers that movie fans can’t get enough of.

In honor of the NBA Finals between the Cleveland Cavaliers and the Golden State Warriors, we're throwin' some b-ball love at this all-time classic about a down-on-his-luck coach who helps lead a small-town team towards the championship. We think it's fair to call this one a slam dunk. Check out the trailer below.

'Bridge of Spies' Trailer: Get Your First Look at Steven Spielberg's Next Movie

'Bridge of Spies' Trailer: Get Your First Look at Steven Spielberg's Next Movie