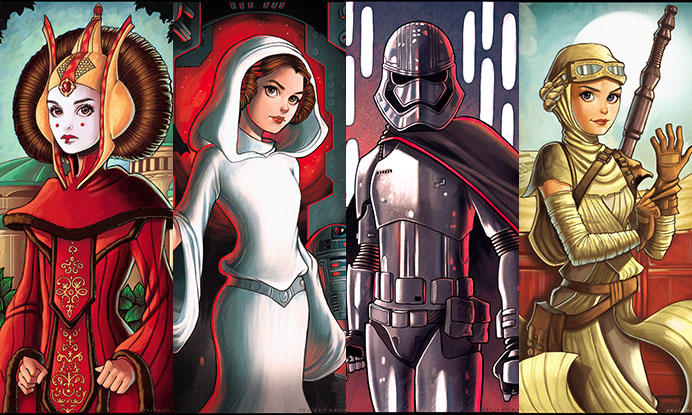 
We asked artist Chrissie Zullo to showcase her favorite heroines from the Star Wars universe. Check out her stunning artwork created exclusively for Fandango, along with quotes from Zullo, below.

"As part of a 'Women of Star Wars' series of posters, I started with the iconic Padme Amidala of Naboo. Growing up seeing Padme on the big screen, she was a great hero to girls -- she was smart, beautiful, wasn't afraid to speak her mind, took part as a queen, senator, and was ready to fight in battle just as much as the guys. I loved her character and wanted to portray her at probably her most memorable, as queen. I wanted her to look stoic and strong, serious and beautiful." 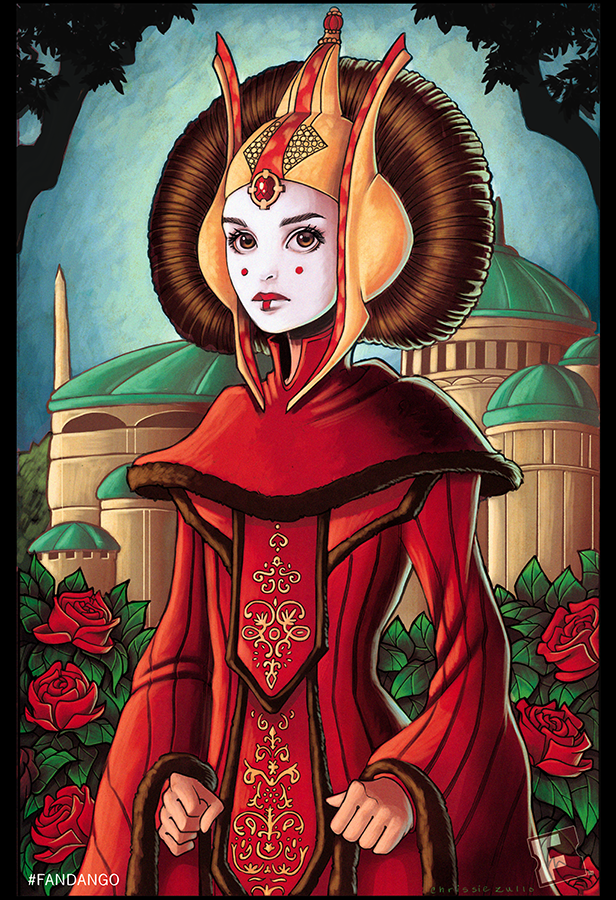 "Probably the most important female in the 'Women of Star Wars,' is Princess Leia. When I watched Star Wars for the first time, it was refreshing to see a damsel in distress who could clearly take care of herself. I loved her stubborn and headstrong attitude; she was full of wit and always wanted to be in control. I decided to draw her on her ship, the Tantive IV, with the always loyal R2-D2, maybe moments before recording her message." 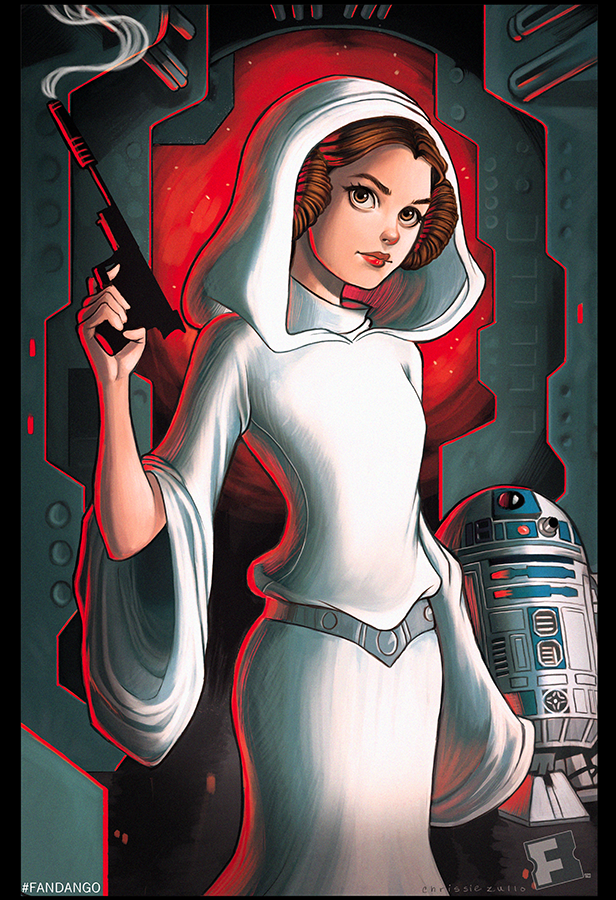 "She is probably the most mysterious of the 'Women of Star Wars.' I've tried to stay away from any major spoilers of the film, and having finished these posters before the film came out, all I know is how excited I was when I found out the intimidating new giant chrome trooper was actually... a girl. I wanted to keep the palette simple in this piece, but still feminine at the same time, to contradict the very masculine feel of her armor." 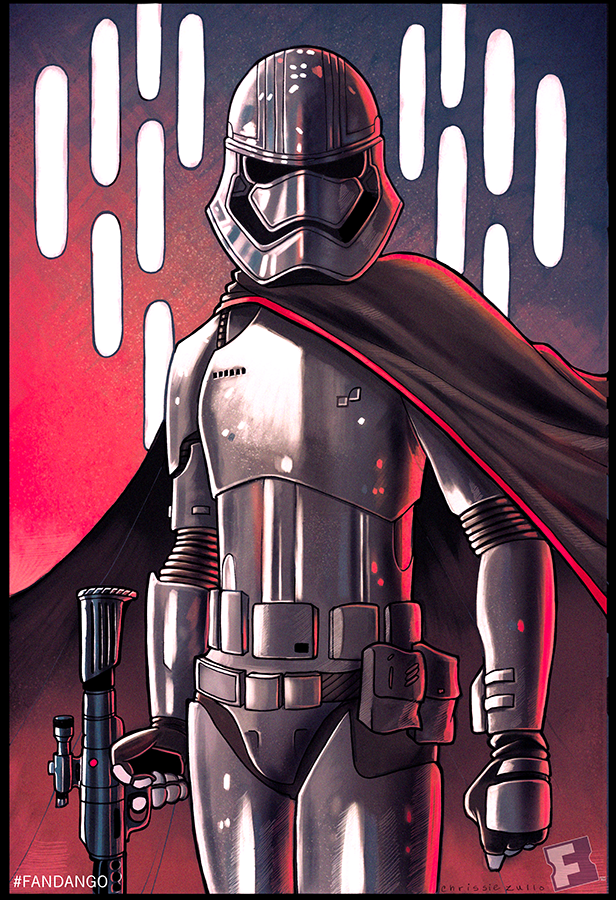 "Rey looks like she will be fitting in nicely with all of the 'Women of Star Wars' who have preceded her. She looks to be an explorer, a tinker, ambitious and strong willed. I wanted to draw her out in the desert with her speeder nearby, maybe about to go exploring a fallen Star Destroyer to see what she can find." 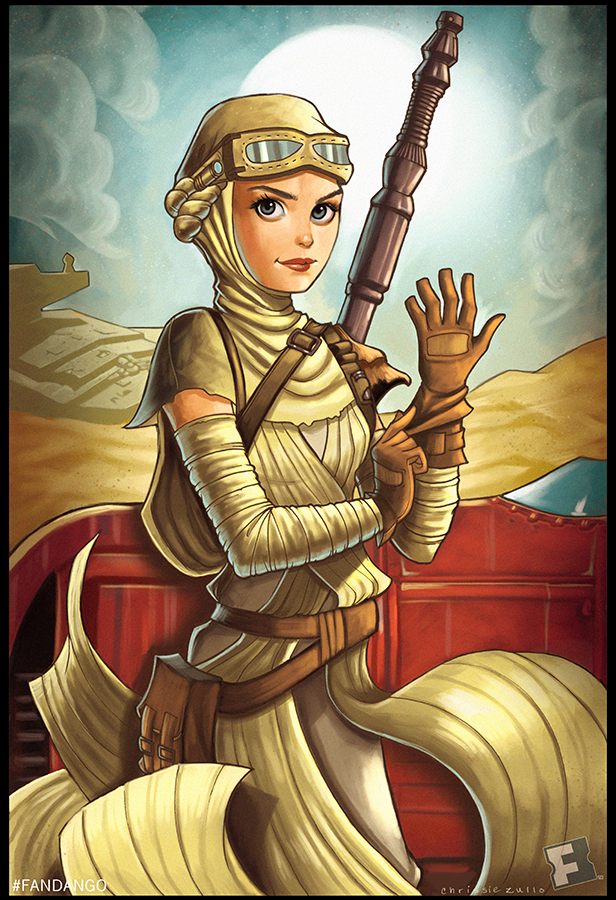 We asked our favorite artists to create a poster for one of the seven Star Wars films. Check them out!

EXCLUSIVE ARTWORK: Celebrate the Movies of 1985

EXCLUSIVE ARTWORK: Celebrate the Movies of 1985