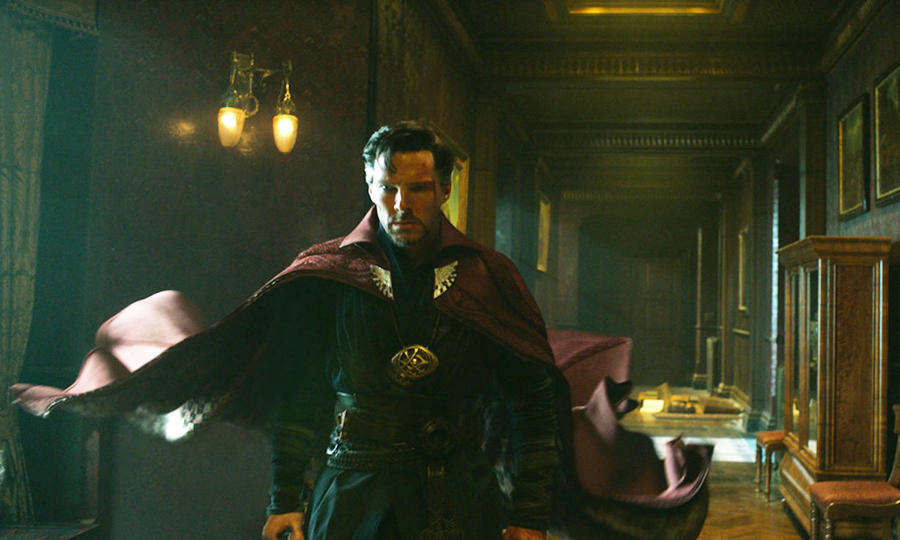 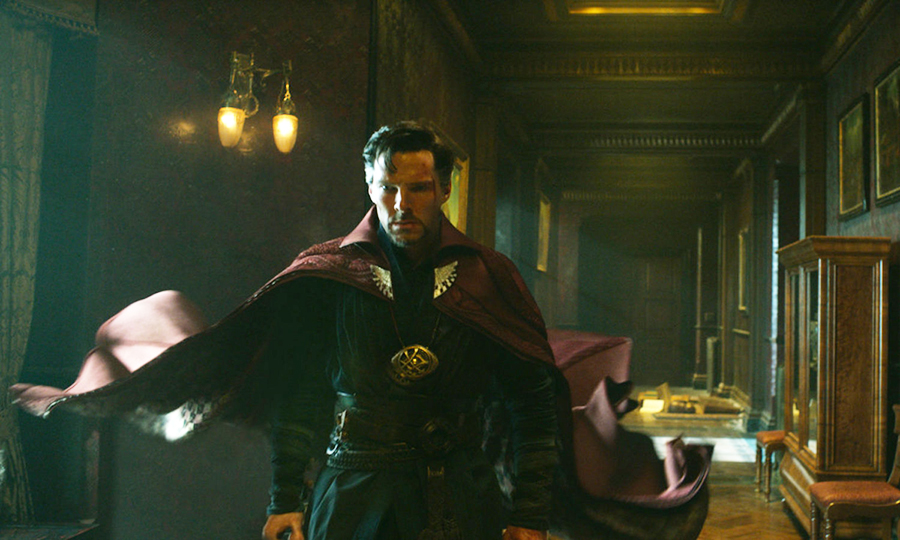 Are you ready for Doctor Strange to come out already? We've only got a few more weeks, but if you can't wait any longer and want some details seen and revealed at both a special IMAX preview event and a Reddit AMA interview with director Scott Derrickson this week, we've got those for you.

Keep in mind, there are possibly some SPOILERS for anyone hoping to go into the movie blind.

How does Doctor Strange compare to the rest of the Marvel movies?

Derrickson was asked at Marvel Reddit whether his horror background carried over to Doctor Strange. He answered:

"There is no straight horror in the movie, but it is a bit darker and more serious than other Marvel movies. I think the connection between my horror films and this film is the balance of the supernatural/fantastical with very realistic, grounded characters...There's definitely some great humor, but overall it's pretty dramatic and grounded."

What are some of the visual inspirations for the movie?

We already know that Derrickson looked to the old 1960s Steve Ditko Doctor Strange comic book art for how the movie would look, but he also named some other artistic influences on Reddit, "[MC] Escher, [Salvador] Dali, and some modern surrealist photography. But we mostly drew inspiration from the comics and our own imaginations."

In a report on footage shown at Monday's IMAX preview fan event in Los Angeles, ComingSoon.net quotes the Ancient One (Tilda Swinton) telling Stephen Strange (Benedict Cumberbatch) there are multiple universes. The audience in attendance also got to see Strange experience these multiple universes firsthand when the Ancient One throws him out into the beyond. Here's a description:

Strange’s body goes flying, first out into space where he glimpses a butterfly and then inward, outward, upward and downward all at the same time. Reality stretches and contorts. We see Ditko-inspired visions of space and alternate dimensions as Strange plummets through one after another. At the side of the Ancient One, Mordo (Chiwetel Ejiofor) is concerned about Strange’s heart rate. She isn’t, though, and sends Strange even further [sic].

We see a tiny hand grow from each of Strange’s fingers and then another from each of those fingers and so on and so on until, in seconds, Strange is devoured by his own infinite hands. But as soon as they fully form, they were never there and we’re looking instead at a blinking eye and Strange is now a body falling through it.

Was the villain Dormammu seen in the footage?

Apparently some fans think they caught a glimpse of the villain in the footage shown on Monday. But Derrickson wouldn't confirm, only saying the crowd, “I’ll never tell." 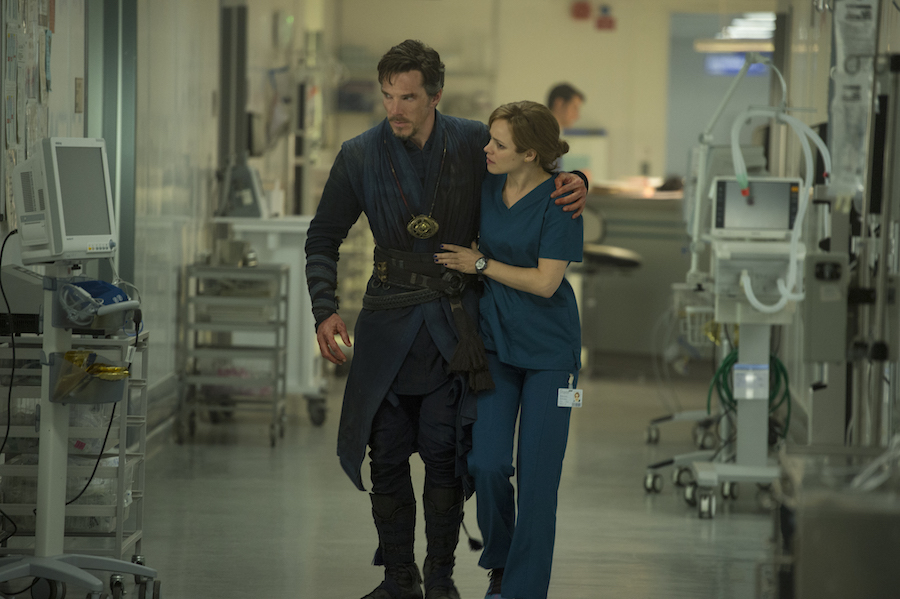 We haven't seen a lot of McAdams, who plays nurse Christine Palmer, in the trailers or any other materials so far, but she featured in a few scenes shown this week. Here's a description of one of them from ComingSoon.net's report:

Opening with Beck’s “Soul of a Man,” we’re introduced to the New York City world of renowned surgeon Dr. Stephen Strange. He’s chatting with Rachel McAdams’ Christine Palmer and she’s reminding him that they could practice medicine together again. ER work doesn’t interest Strange, though, and Palmer lovingly chastises him for only wanting to work on cases that will further his celebrity. She says that, if he’s not going to join her, she’ll stick with Nic (That’s presumably Nicodemus West, a The Oath character played by Michael Stuhlbarg). Strange tries to ask if Palmer and West have a relationship outside of the ER and she says that she doesn’t date coworkers.

“Not the worst thing that’s ever been named after me,” Strange retorts.

What is Stan Lee's cameo this time?

Stan Lee has to appear in every Marvel movie, and we knew he actually filmed his next four appearances in a single day. Fans got to see his Doctor Strange cameo early, and it's another good, brief gag. Here's a detailed description of that from ComicBook.com:

In what looks like one of the most epic foot chases in cinematic history, Doctor Strange and Mordo are running down streets, up building sides, and across the sky as the world warps around them. After Kaecilius bends the building on which Mordo and Strange are running, they fall to the ground and into the side of a bus. As they fall, the camera angle switches to a point of view from inside the bus, revealing Stan Lee reading Aldous Huxley's The Doors of Perception.

As Strange and Mordo smash into the bus's window, Lee bursts out saying, "Now, that's hilarious!" until the camera swaps again and the chase continues.

Watch: The New 'Rogue One' Trailer Is Here Along with a Gorgeous Poster

Watch: The New 'Rogue One' Trailer Is Here Along with a Gorgeous Poster