Making a Hit Song in Disney’s 'Frozen II': Let It Go Into the Unknown

“Let It Go” started with a flurry, like your better storms do, a swirling of snowflakes, a quick lesson on fractals and then an avalanche of pent-up pressures sliding from the shoulders. The castle was a nice touch. As for how it ended, well, I’m not sure it has. It seems much more likely that Elsa’s song, unleashed into the world via the powerful singing of Idina Menzel, is still going, one long note stretching around the globe, frozen forever in a loop upon your playlist.

It’s hard to think of another song that has meant so much to its film, let alone the masses belting it out from classrooms to boardrooms and every karaoke bar between, than “Let It Go.” It transcended lines even the film didn’t cross, which, considering the record-setting popularity of Frozen, is amazing. People who have never seen the movie know the song from it, on par with the biggest hits of any genre, from any generation.

Which leads us into the unknown of Frozen II, literally, because that’s not just (super) clever wordplay you’re reading, but an acknowledgement of the ice-sculpted elephant in the room: Is Elsa’s big Frozen II number, “Into the Unknown,” the heir apparent to “Let It Go?” Is that even possible? Or fair?

If this Disney-released version of “Into the Unknown” performed by Panic! At the Disco is any indication, then yes, yes it is.

At a recent Disney Animation Frozen II press day, we heard the unknown, and we went into it.

The song “Into the Unknown” comes at a point in the film where Elsa is dealing with some concerns that she’s been keeping to herself, including a mysterious voice that only she can hear. According to Normand Lemay, head of story on Frozen II, “Into the Unknown” is “an ‘I want’ song, where you can hear the character’s deepest desire or fear. But in this version, it’s a bit tricky where Elsa, as a character, has been pushing down what’s inside of her. She’s been shying away from what she truly feels; truly wants, and that voice calls her, brings it out of her.

“It keeps coming; the voice is relentless. It forces her out . . . it’s really about questions and issues that Elsa herself has been avoiding all these years, that are coming back to the surface, and that voice is sort of pulling out of her. So there’s a lot of introspection and self-reflection.

“She’s truly engaging with it, but as an audience, we also hear and feel that she’s at her most vulnerable point where she’s gonna admit that she’s not quite sure that she is where she’s meant to be in life, and she’s also confiding that her powers have been growing over the years, and she’s shied away from exploring them at this point.”

Honestly, Lemay’s explanation, complete with images from the sequence, was pretty intense (in a good way). Then Tom MacDougall, the executive music producer of Frozen II dropped this bombshell: “Okay. So I’m happy to announce here today, that Frozen II is a musical.”

He continued, “So you might be thinking, well, all movies have music. What’s the big deal? Well, so for us, a musical means something. Most movies when they use music, the music is there to entertain, but for our movies, it’s they’re entertainment informed. So the best musical moments are moments where you have a character in a certain position when the song starts, and when the song finishes they’re in a different place. You have more information. You have a deeper understanding of that character, the plot, their motivations, anything like that. So when we started to talk about this movie as a musical, of course we got excited about some of the opportunities . . . Elsa’s a great character—great singing character. As you remember in the first movie, we had ‘Let it Go’, so that’s a song that’s introducing you to that person in their situation. So if you think of that song, you’ve got a character that’s been told to conceal and don’t feel and even the first chorus of ‘Let it Go’ is very peaceful and quiet, and you can see her sort of evolve into, to gain control of, who she is. And by the end, she’s singing in full voice saying the cold never bothered me anyway. So, that’s a great musical moment for us. In this movie, we had our songwriters Bobby and Kristen Lopez back from the original movie come in.”

Will “Into the Unknown” be the next “Let It Go?” It’s hard to say, but if we’ve learned anything from the original Frozen, and we have, it’s that Kristen and Bobby Lopez, coupled with the cast (old and new) and the folks at Disney Animation, make for the perfect winter storm.

Can ice strike twice? That’s still unknown (sorry, I can’t help myself), but I suggest you take a jacket to the theater, just to be safe. 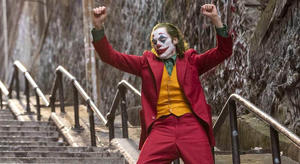