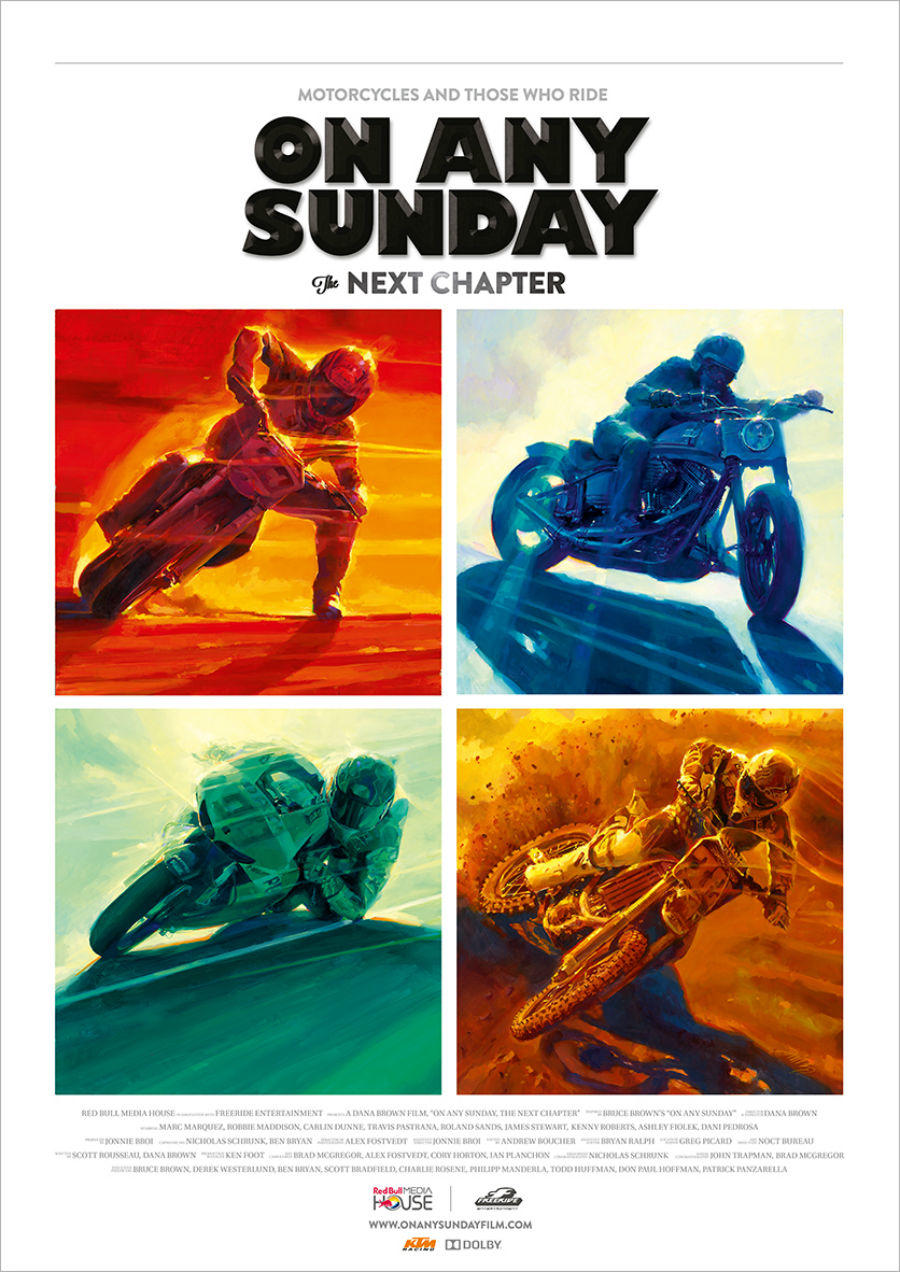 Exclusive: 'On Any Sunday: The Next Chapter' Poster Debut

Long before live sports coverage and countless reality shows saturated every corner of the television market, Bruce Brown's pioneering motorcycle racing documentary On Any Sunday blazed a trail across movie screens back in 1971. Brown, who had made his name with the equally stunning surfing doc The Endless Summer, captured a wonderful variety of motorcycle racers and fans, including actor Steve McQueen, competing fiercely (and treated like every other rider) at the height of his stardom. The film earned an Academy Award nomination for Best Documentary Feature.

Now, 43 years later, Brown's son Dana Brown has made a follow-up documentary, On Any Sunday: The Next Chapter. As might be expected, the younger Brown follows in his father's footsteps by focusing on racing, but he goes beyond that, capturing the excitement of athletes, innovators, celebrities, and visionaries around the world who have embraced motorcycle culture, a unique culture that has fostered closer family bonds among many participants.

Thrilling yet intimate, On Any Sunday: The Next Chapter was shot in 4K Ultra HD and should look spectacular when it opens in movie theaters this fall. We are pleased to premiere the poster for the film below.