10 Huge Things We Learned Visiting the Set of 'Suicide Squad' 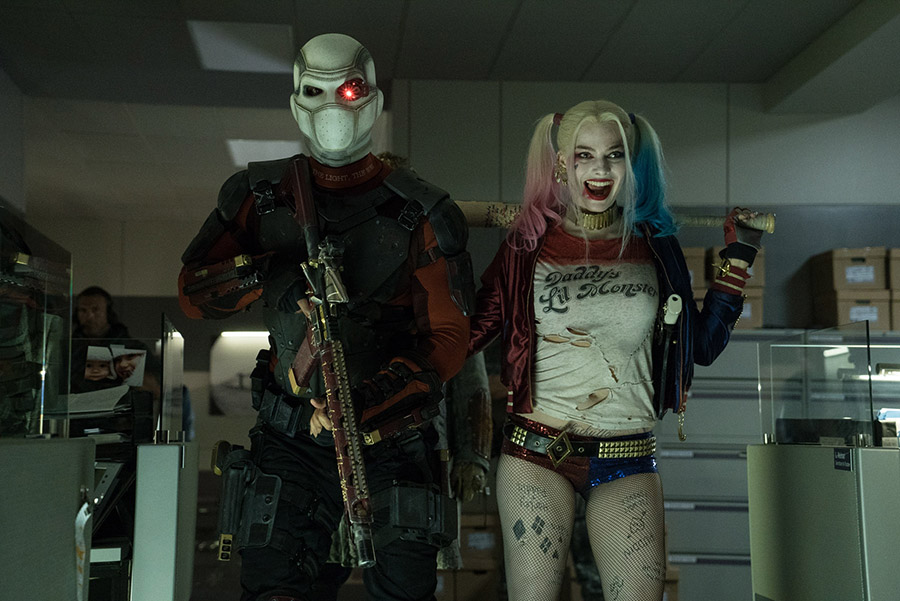 In the wake of the events of Batman v Superman: Dawn of Justice and the death of Superman, a secret government agency puts together a team of imprisoned supervillains to stop an unknown power that is threatening the world. In exchange for their help, if they are successful, and if they are still alive, they will be rewarded with their freedom.

Some of DC Comics’ most popular supervillains including the Joker, Harley Quinn and Deadshot will band together on-screen this August in Suicide Squad, coming to theaters August 5.

Here are 10 major things we learned about the villains of the DC extended universe.

1. The Joker played creepy pranks on his costars 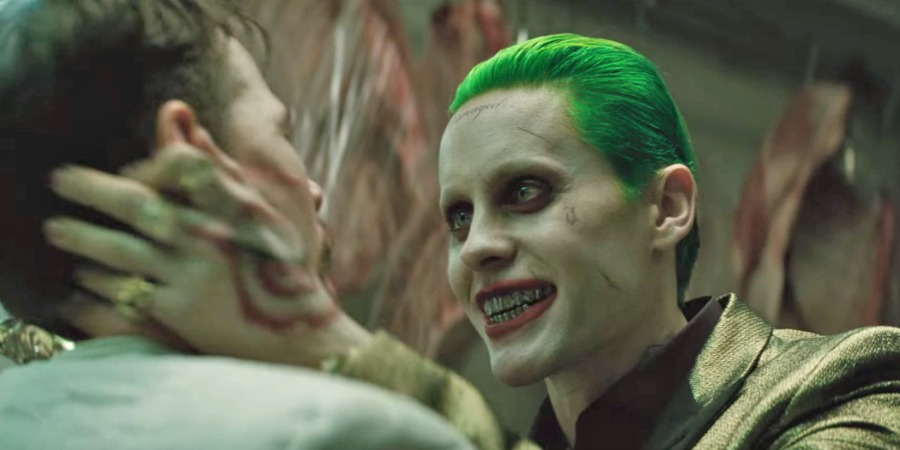 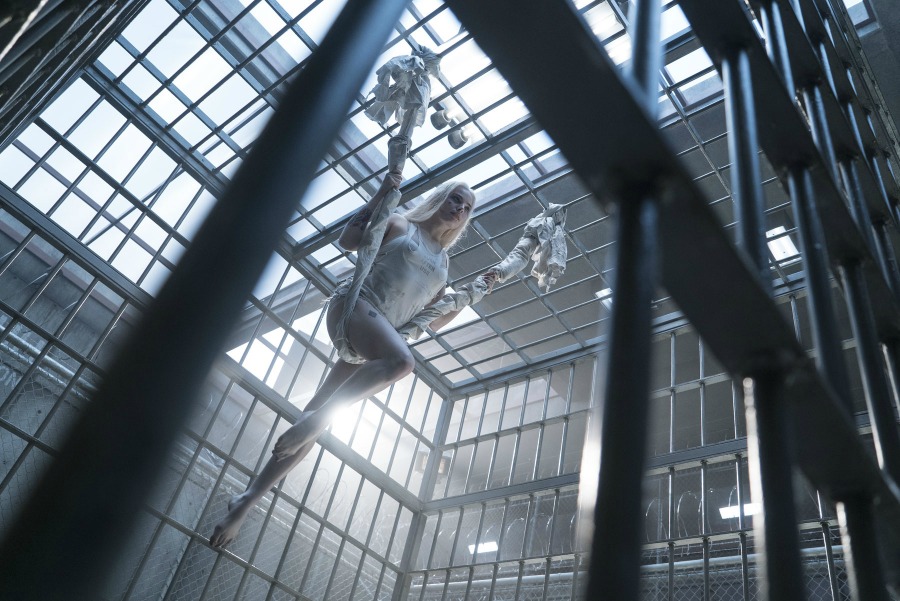 We also learned that Leto would play pranks on cast members and even sent a dead rat in a wrapped box to actress Margot Robbie as a joke. "He’s kind of terrifying," Margot Robbie said. "He’s really lovely, though. He’s very conscientious on set. He’s not so completely lost in the character that he’s violent or anything. When I first heard that he was Method, and that we couldn’t refer to him as Jared, I started to panic a bit because this guy thinks he actually is this character that I’m supposed to be in an abusive relationship with. I was worried I’d get beat up on set. But he’s respectful, professional and lovely. It is so incredible to watch him work because it is a really bizarre process and kind of fascinating. It’s not a process that would work for me but I can see the way he does it and it clearly works for him." 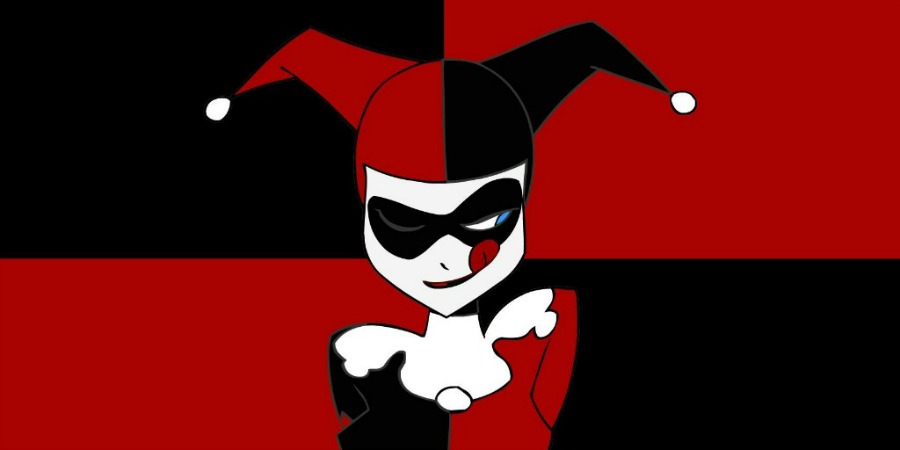 Margot Robbie tried on dozens of different Harley Quinn costumes for screen tests that will probably be included on future Blu-ray releases. One of those costumes is her classic jester outfit, which might still find its way into the movie. 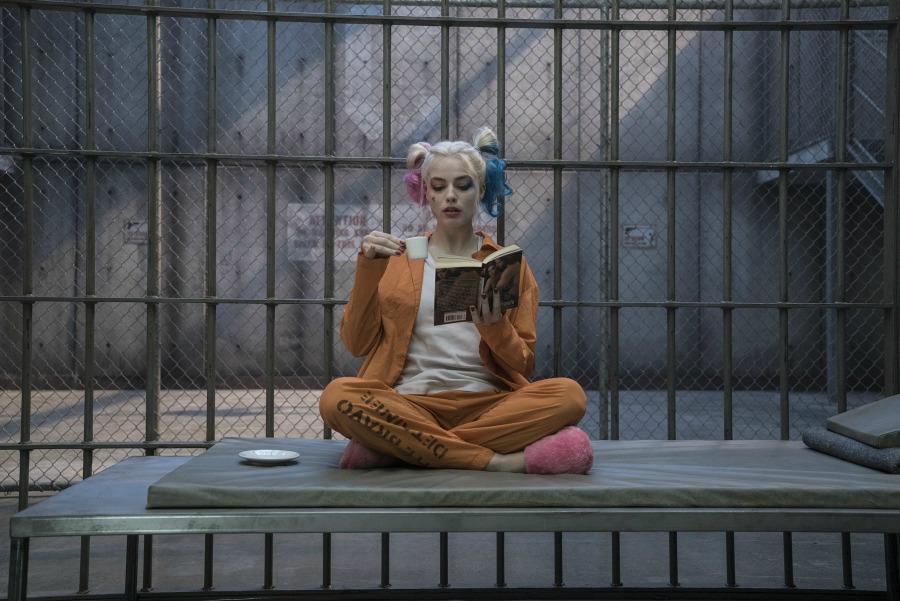 "She has so many iconic looks. We really had a challenge," explained producer Richard Suckle. "You have so many different ways in which you could dress her and it was almost sad to actually have to say, as much as we want her to be wearing the one-piece suit, that it's not really right for what we're doing in this movie. But we've designed it and she put it on." 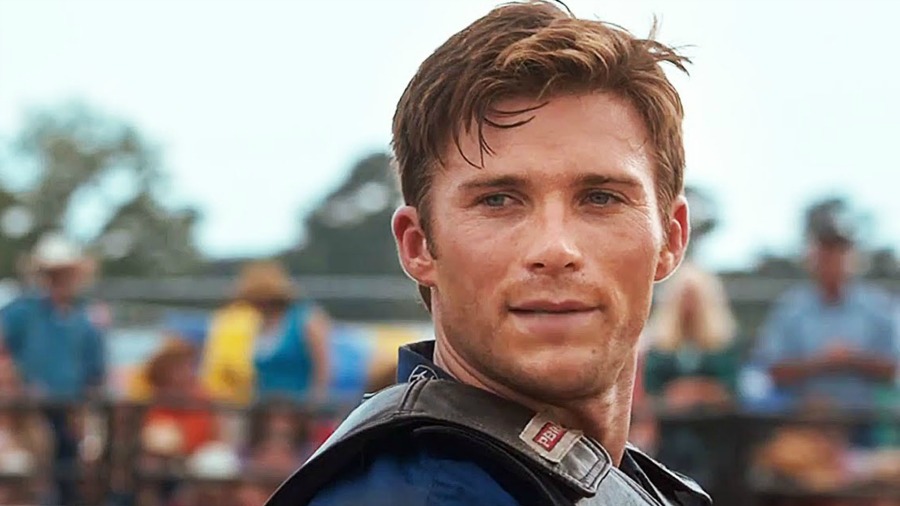 Up to this point it was unclear exactly what character actor Scott Eastwood would be playing in the movie. Online rumors included Slade Wilson/Deathstroke, but producer Richard Suckle revealed to us that he is actually playing a character named GQ.

"He's a very important part of the film and works directly alongside Rick Flag in the mission," Suckle revealed. "That's kind of really the best way to describe it. His character was sort of existing, then it wasn't going to exist in the movie, and David (Ayer) wanted to bring him back."

Suckle was also asked if its possible that GQ is actually a "code name" for an existing DC character. "Could be. Maybe," the producer replied cryptically.

4. Adewale Akinnuoye-Agbaje looked to a real-life cannibal for inspiration 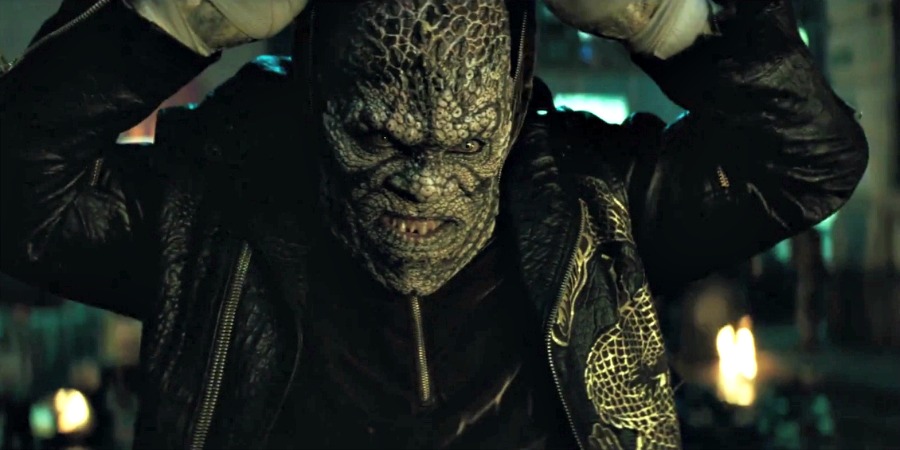 "There’s this guy that I’d play [video of] every single day," said Adewale Akinnuoye-Agbaje. "It’s a Japanese cannibal named Issei Sagawa, who ate a French model. As sick as it sounds, the moment I start to play that video, I’m in the form of Croc, because it’s really important for this creature to be thirsty for flesh, even when he’s around the Squad. They always have to be wary and be aware of the fact that, at any moment, he might get the hunger and just take an arm off. Does he do it because he likes it? Does he do it to send a message to his enemies, like instill fear? Whatever reason he does it, he does do it."

It took over three hours every day in the makeup chair to turn him into Killer Croc, and the actor wanted it to look as authentic as possible for the character’s first live-action appearance.

"Both David (Ayer) and I, we talked extensively about the look. Obviously there is a huge backlog of history and story of how he looked. But this was the first reincarnation of him in film. I was very insistent on making it very real. The color, you’ll notice, is my own skin tone so that you can see the graduation of this disease that he has. So you’ll see it meshed in with my own skin into the scales of what he later becomes, which is Killer Croc. There were different colors and shades, but again, we wanted to keep it very real and very much like this is a man that became a croc or inhabited crocodile features. But he’s not crocodile, he’s a man."

"It’s really important for this creature to be thirsty for flesh." -- Adewale Akinnuoye-Agbaje

"I also went down to the Everglades," Akinnuoye-Agbaje said. "I went down to the swamps and watched [the alligators], took video of them and saw how they moved. You’ll notice that when Croc moves because that was a very important part. The moment I started to embrace the movement of walking through water, even though it was on land, really inhabiting the moves of a crocodile, the prosthetics just came alive." 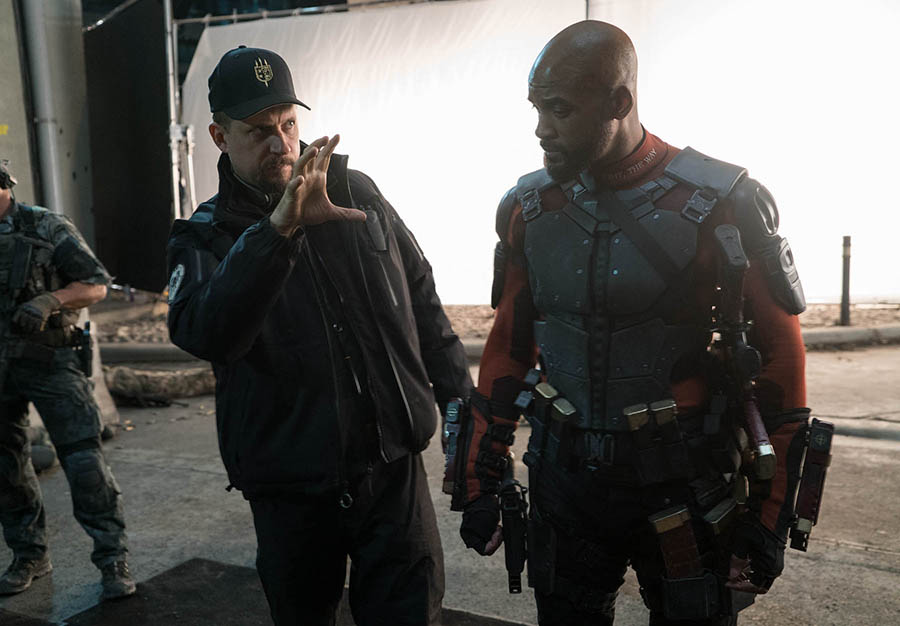 While on set, Will Smith explained to us that when he shoots Deadshot’s wrist-mounted guns, he is actually using boxing skills that he learned while training for his role in Ali.

"For me it was cool because I was using the base that I got with Ali from boxing and I wanted (through) boxing to be able to punch and shoot," explained Smith. "So the fighting style is a punch and a shoot. Its really fun and stuff that you have never seen before."

5. Jai Courtney is basically playing himself

"It’s funny because I do feel closer to this than anything else I’ve done from a performance perspective," Courtney continued. "It’s more of a character than anything I’ve had an opportunity to take on. But its actually closer to myself than any other role I’ve ever played.

"I definitely pick up the kind of class-clown slack at times," he said. "Harley has this great line where she says, ‘Your village in Australia is missing its idiot. You should call home.’ Which is a great line and rings true."

6. There will be humor in Suicide Squad

Much has been said about Warner Bros.' decision to only make "serious" DC movies, but according to producer Richard Suckle, the "no humor" edict does not apply to Suicide Squad. "You look at a movie like Man of Steel, of course it's going to have its dramatic qualities and a seriousness, but this film really actually does allow for a big sense of humor," explained Suckle. "These are characters that don't necessarily want to be together but don't have a choice, and how do you deal with that? Comedy is going to naturally emanate from that place."

"Look at the characters that are all together," coproducer Andy Horowitz continued. "I think just organically comedy comes out of these people being together and having such different temperaments, different attitudes and different outlooks on life. With this group of actors, I think comedy just comes out of them organically."

. Director David Ayer joked about the movie being rated NC-17 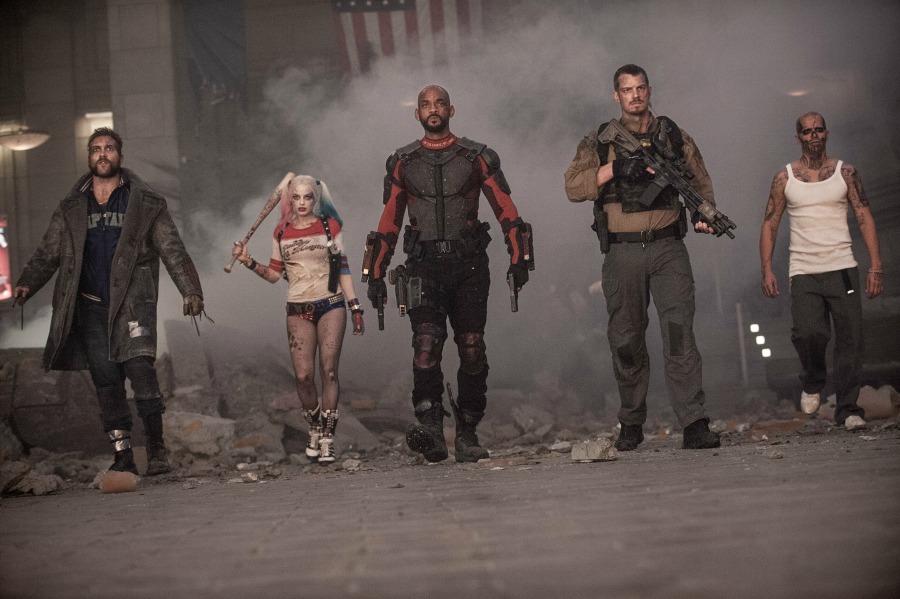 At the time Suicide Squad had not officially been given a rating yet (it's officially now PG-13). But with all the violence in the film, could it have merited an R rating?

"What are we saying about the rating? It's NC-17," said director David Ayer. "I'm really not worried about it. It's going to be what it's going to be." Ayer went on to say, "It's going to be a lot more accessible than people think." 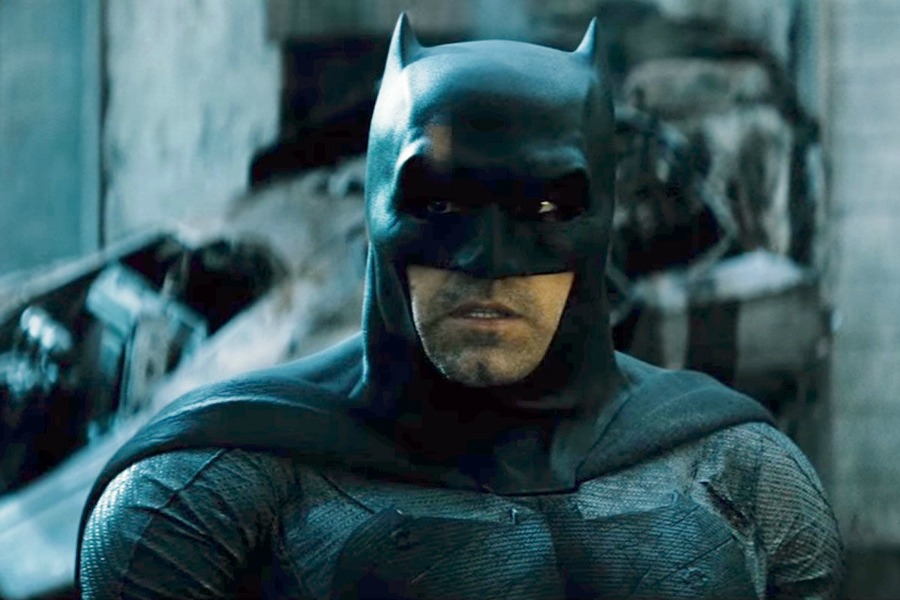 By now we know this, but director David Ayer confirmed on set last year that Ben Affleck will appear in the movie, and not just in a cameo. "If you are going to do a DC comic book movie, you want Batman," said Ayer.

10. It’s called Suicide Squad -- not everyone is going to survive!

In tradition with the Suicide Squad comic books, director David Ayer teased that not every member of the team will survive their first mission. "Nobody is safe. No matter who is in the movie, they are not safe. Anything could happen," he said.

We'll have much more from the set of Suicide Squad, including a breakdown of each character, coming soon. Stay tuned!