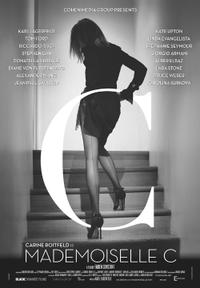 Looking for movie tickets? Enter your location to see which movie theaters are playing Mademoiselle C near you.

Carine Roitfeld ran French Vogue for 10 years, building a reputation as one of fashion’s most influential movers. Her inner circle of friends includes Donatella Versace, Tom Ford, Karl Lagerfeld, Mario Testino, Riccardo Tisci, Diane Von Furstenberg, and Alexander Wang. Yet few people outside the fashion world have heard of her...until now. Mademoiselle C chronicles Carine’s launch of her new magazine “CR Fashion Book.” It gives a rare inside glimpse at the inner workings not only of Roitfeld’s professional world but also her personal life. It is a film about transition, letting the audience watch as Carine moves to New York, starts a new business, and prepares to become a grandmother. And of course, its filled the the models, celebrities, and eccentric personalities that make the fashion world so entertaining.