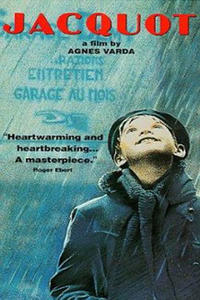 Looking for movie tickets? Enter your location to see which movie theaters are playing Jacquot De Nantes / Uncle Yanco near you.

<p>JACQUOT DE NANTES, 1991, Ciné-Tamaris, 118 min. Director Agnès Varda’s tender farewell to her late husband, Jacques Demy, JACQUOT re-creates the early years of Demy’s life in the port city of Nantes, delicately interwoven with clips from LOLA, THE UMBRELLAS OF CHERBOURG and his other films. Interspersed throughout the film are intimate close-ups of Demy’s fragile body, tenderly filmed by Varda in one of her most personal and affecting films. With Philippe Maron, Edouard Joubeaud, Laurent Monnier.</p> <p>Plus short: “Uncle Yanco”, (1967, Ciné-Tamaris,, 22 min.) While in San Francisco for the promotion of her last film in October 1967, Agnès Varda, tipped by her friend Tom Luddy, gets to know a relative she had never heard of before, Jean Varda, nicknamed Yanco. This hitherto unknown uncle lives on a boat in Sausalito, is a painter, has adopted a hippie lifestyle and loves life. The meeting is a very happy one.</p>