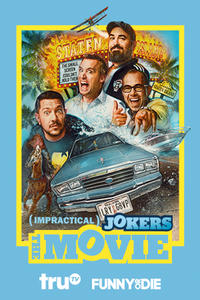 Looking for movie tickets? Enter your location to see which movie theaters are playing Impractical Jokers: The Movie near you.

The film tells the story of a humiliating high school mishap from 1992 that sends the Impractical Jokers on the road, competing in hidden camera challenges for the chance to turn back the clock and redeem three of the four. The film stars The Tenderloins- Joe Gatto, James Murray, Brian Quinn and Sal Vulcano, and is produced by The Tenderloins, Chris Henchy and Funny or Die's Jim Ziegler.