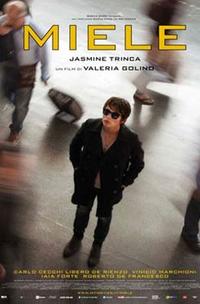 Looking for movie tickets? Enter your location to see which movie theaters are playing Honey/A Five Star Life near you.

Double Feature: Los Angeles Premiere! HONEY (MIELE), 2013, Cité Films, 100 min. Dir. Valeria Golino. Irene (Jasmine Trinca, the 2013 Nastro d’Argento winner for Best Italian Actress) helps the terminally ill die with dignity. One would-be patient (Carlo Cecchi) has decided he is finished with life but appears to be in good health - so Irene tries to heal him through means other than death. In Italian with English subtitles. Los Angeles Premiere! A FIVE STAR LIFE (VIAGGIO SOLA), 2013, Music Box Films, 85 min. Dir. Maria Sole Tognazzi. Irene (Margherita Buy, winner of the David di Donatello Award for Best Actress) has a dream job: traveling through Europe to test the service at The Leading Hotels of the World’s 5-star establishments. Yet in the lap of that luxury, she is alone. The film was awarded the Nastro d’Argento as Best Comedy by the Italian film critics union (S.N.G.C.I.). In Italian with English subtitles.