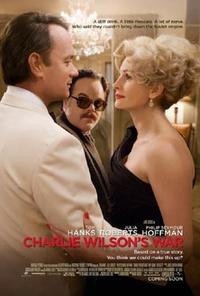 Looking for movie tickets? Enter your location to see which movie theaters are playing Charlie Wilson's War near you.

Charlie Wilson, an alcoholic womanizer and Texas congressman, persuaded the CIA to train and arm resistance fighters in Afghanistan to fend off the Soviet Union. With the help of rogue CIA agent, Gust Avrakotos, the two men supplied money, training and a team of military experts that turned the ill-equipped Afghan freedom-fighters into a force that brought the Red Army to a stalemate. However, the result also empowered the Taliban and terrorists including Osama bin Laden.