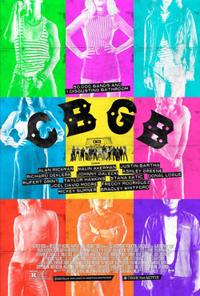 Looking for movie tickets? Enter your location to see which movie theaters are playing CBGB near you.

Originally a “Country, BlueGrass and Blues” club, CBGB became the epicenter of the New York alternative-music scene in the mid-1970s. In this remarkable recreation of that Manhattan milieu, Alan Rickman plays club owner Hilly Kristal, who opened his doors to groups like the Ramones and Blondie long before anyone had ever heard of punk rock or new wave.