A Matter of Principle / The Mural Synopsis Favorite Theater Button 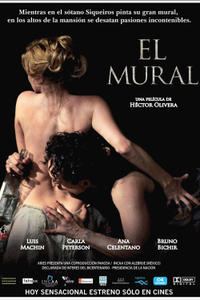 Looking for movie tickets? Enter your location to see which movie theaters are playing A Matter of Principle / The Mural near you.

A MATTER OF PRINCIPLE (CUESTION DE PRINCIPIOS), 2009, 110 min. Dir. Rodrigo Grande. When Castilla (Federico Luppi), a middle-aged office worker with strong ethics, refuses to sell a rare magazine to his new and younger boss, Silva (Pablo Echarri), an avid periodical collector, Silva sets out to tempt Castilla at all costs. Winner of the Best Film awards at the Festival de San Diego and the Festival de Huelva, this comedy was a box office hit in Argentina. <br />THE MURAL (EL MURAL), 2010, 110 min. Dir. Héctor Olivera. While in Argentina, renowned Mexican muralist David Siqueiros (Bruno Bichir) paints the mural “Ejercicio plástico” at the country home of newspaper owner Natalio Botana (Luis Machín). Set in the 1930s, this lovely historical reconstruction serves as a testament to the creation of a masterpiece, while depicting the controversial private and public events that shaped its materialization.